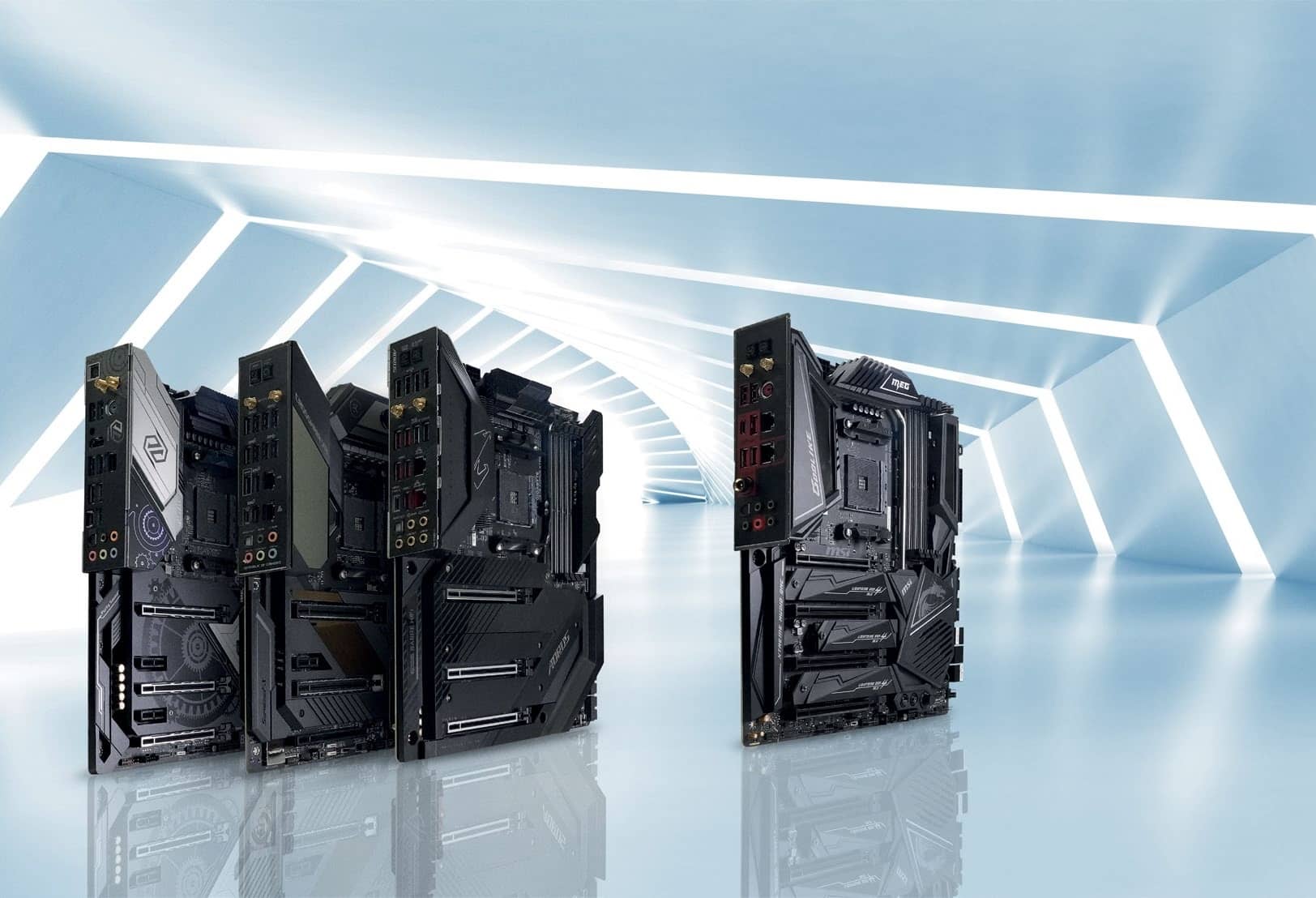 AMD’s Ryzen 3000 processors come with a ton of features, including support for the latest PCIe 4.0 standard. To make the most of them though, you’ll need a new X570 motherboard.

The ASRock X570 Taichi is the most down-to-earth board in this shootout. As far as flagship boards go, it’s super affordable at just $499, but the price should give you an inkling that it isn’t really competing in the same league as the others.

One of the biggest changes coming from the X470 model is the addition of the plastic shroud over most of the PCB and also a back cover as well. The familiar Taichi cogwheel is printed on this shroud instead of the PCB itself, and there are RGB LEDs built into the I/O cover, chipset heatsink, and the right edge of the board. The aluminium backplate also helps shore up the structural integrity of the board and conveys a more premium feel.

Like most other X570 boards, the Taichi comes with active cooling for the chipset and an aluminium alloy top cover that doubles as a passive heatsink. The 6,000RPM fan can get quite noisy at full speed, but ASRock has fortunately added options that let you tame the fan.

Another new addition is the upgraded Wi-Fi module. The Taichi now has Intel’s Wi-Fi 6 AX200 adapter, which supports speeds up to 2.4Gbps. That’s paired with a Gigabit Ethernet port on the rear, powered by an Intel I211-AT controller.

Compared to the X470 Taichi, the I/O panel now has an integrated I/O shield to make the installation process slightly simpler. ASRock threw in a BIOS update button as well, and there’s also a dedicated Clear CMOS button. Other than that, not much has changed in terms of the rear connector offerings, and you’re still getting one USB 3.2 (Gen 2) Type-A, one USB 3.1 (Gen 2) Type-C, and six USB 3.2 (Gen 1) Type-A ports. I’d have liked the Clear CMOS button to be more easily accessible though. The tiny button sits in a recess, so you’ll need to use a pen or some other tool to get at it. 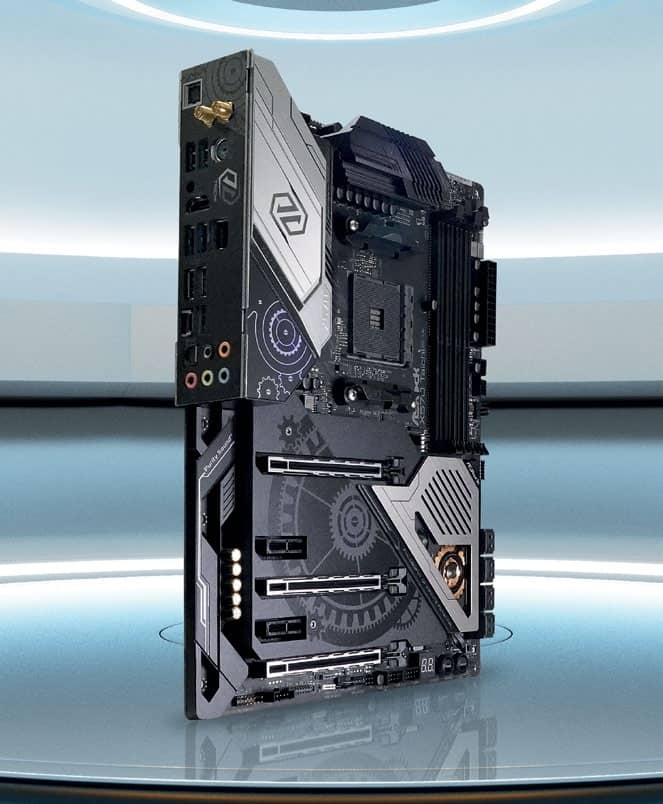 The Taichi doesn’t have the richest offering when it comes to fan headers, but you still get four 4-pin fan connectors for chassis fans and separate headers for the CPU and water pump fans. With the exception of the 1A CPU fan header, all the other headers fans can handle up to 2A, which is pretty decent. 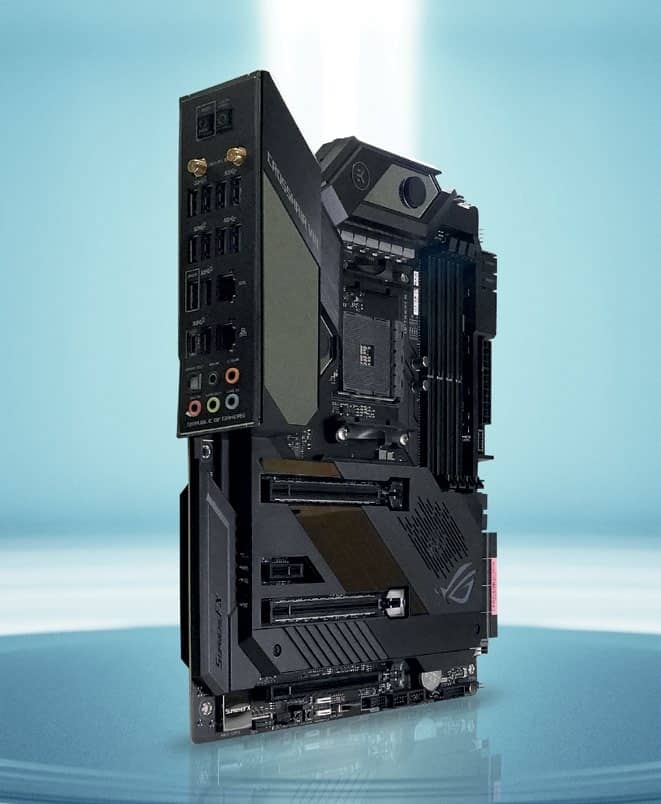 The VRM uses a 12+2-phase configuration, but it uses doublers to get up to 14 phases for both the CPU and SoC. It only has 6+1 true phases, but ASRock has installed 14 50A MOSFETs, 60A chokes, and Nichicon 12K capacitors, so that’s some quality stuff right there. That’s topped off by an extra-large aluminium alloy heatsink that soaks up heat from the MOSFETs and chipset.

The ASUS ROG Crosshair VIII Formula is ASUS’ flagship X570 motherboard and its highest-end AM4 board to date. At $862, the Formula is competing with the best of the best, and it features a ton of features geared toward the most serious enthusiasts, with the ability to integrate a custom liquid cooling loop into the VRM heatsink and even an LN2 Mode switch.