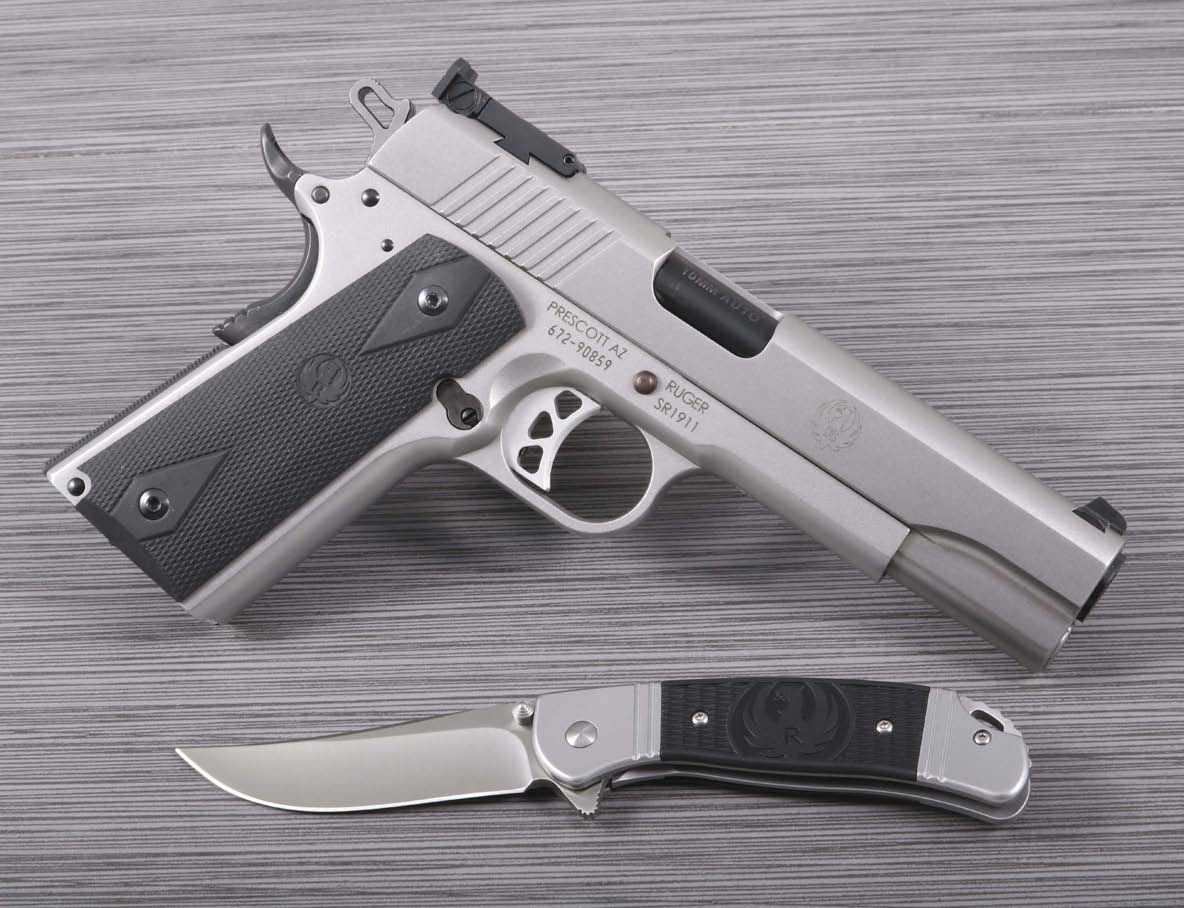 I am a massive fan of the 10mm Auto. Sure, my go-to, all time favorite handgun cartridge is the 9x19mm, because it’s so versatile. But my pet round—which I am required to have in my line of work as a gun magazine editor—is the 10mm, hands down.

I believe the 9x19mm is a better all-around fighting round. The recoil is mild, which makes for fast follow-up shots. And while that’s a very true statement, and I agree with it, many of us gun scribes love to write and talk about “the low recoil and fast follow up shots of the 9mm.” However, not all situations allow for multiple shots; sometimes, you might get time for only one, maybe two.

Case in point: I have a cabin in the Wisconsin Northwoods. I have captured on my game cameras nine different bears on my property. Have you ever startled a bear? Have you seen how fast those suckers move? If you haven’t, go to youtube.com and search for “bear charge.” Under optimal conditions—at the range, staring at your target, ready to draw at the beep—a trained shooter can draw a gun from an open-carry holster in about one second, getting one shot off. A charging bear can cover 16 yards in one second … except not everyone is a trained shooter, staring at their target and waiting for the beep to draw from an open-carry holster. That doesn’t leave very much time for a whole lot of shooting.

If you have time for only one shot, do you want it to be 9mm?

The SR1911 is listed on Ruger’s website as being based on the Colt Series 70 design, but in this instance, that only means it does not have a firing pin block, as do the Colt Series 80-based 1911s, giving it a better trigger pull. It doesn’t have much else in common with the Colt Series 70.

It’s CNC-machined, which gives it a precise slide-to-frame fit. Out of the box, it had no play between slide and frame, just like all of Ruger’s SR1911s I’ve gotten my hands on; and it feels very smooth when working the slide. Barrel lockup is also very tight, which aids in accuracy.

The 10mm version has the same upgrades as all SR1911s, such as a skeletonized hammer and trigger, oversized beavertail grip safety, extended thumb safety, visual inspection port, extended slide stop and magazine release, titanium firing pin and a swaged link pin (so it doesn’t work its way loose). It also has an integral plunger tube so you don’t have to worry about it becoming loose—ensuring that the safety and slide stop will always have a secure manipulation.

The skeletonized, lightweight aluminum trigger has an adjustable over travel stop. It has almost no takeup and a smooth, crisp break. The trigger pull averages 4 pounds, 7.2 ounces in five-pulls, and it also has a very short reset.

The rubberized grip panels are manufactured by Hogue and make for sure-gripped control—even with wet hands— especially when coupled with the grip texture found on the flat mainspring housing. That’s no small feat, given the 10mm’s substantial recoil increase over the .45 ACP. As far as rubberized grips go, the Hogue grips look nice but aren’t as nice looking as the wood grips Ruger offers on other models. Nevertheless, they do have the edge on improved grip performance.