Not For Sporting Purposes? Wrong! 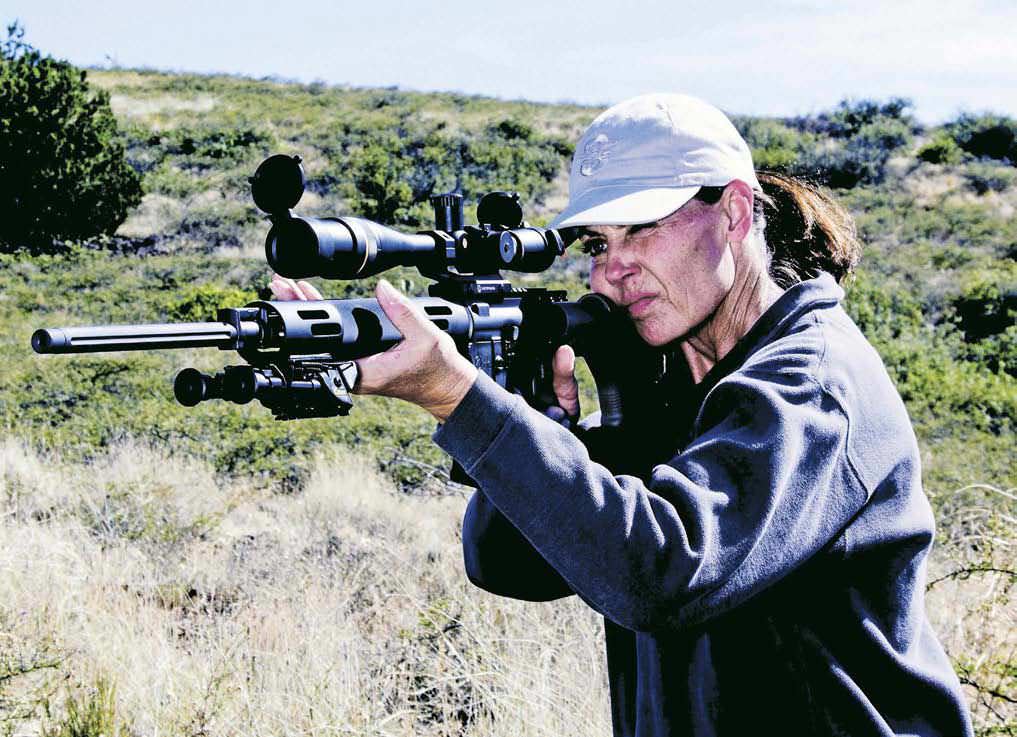 Bustin’ Big Bucks With the Ar and Drt Ammo.

In our modern world of political correctness, deceptive politics and don’t-bother-me-with-the-facts ignorance, the claim that the AR15 and AR carbine are “unsuitable for sporting purposes” and should, therefore, be banned from civilian ownership is commonplace. Day after day, night after night, the anti-gun news media parrots the phrase both verbally and in print, leading those who aren’t shooters or hunters to eventually believe the lie.

Yet, the facts they pointedly ignore show otherwise. In truth, both rifles are not only suitable for sporting purposes, they are actually excellent for nearly any kind of sporting endeavor—from recreational and competitive shooting to collecting and hunting.

Yes, I said, hunting. Hunters have long known that the AR15 and AR carbine (the civilian version of the military-designated M4) are excellent hunting rifles. And, why not? They possess all the attributes that a good hunting rifle needs: light weight, fast handling qualities, functional reliability and accuracy.

Varmint hunters, in particular, have long embraced ARs, realizing that hitting a moving jack rabbit, coyote, fox or bobcat is no mean feat. The semiautomatic AR, with its fast repeat shot capability, makes the task a little less difficult.

Loaded with either jacketed soft-point (JSP) or hollow-point (JHP) ammunition, the .223 REM/5.56 NATO cartridge has plenty of punch for such endeavors and is quite capable of downing any kind of game up to the size of javelina with no difficulty whatsoever. However, it’s long been believed that the .223 lacks the power and penetration to quickly and humanely down larger animals, such as deer.

This too, isn’t necessarily true—that is, if you carefully choose your ammunition. And this is where the problem is: All brands of traditional .223 ammo utilize a conventional JSP or JHP bullet, and for larger critters such as deer, they do lack the penetration needed to ensure the bullet reaches vital organs, even when a perfect broadside shot is presented. If the animal is facing either toward or away from the hunter at any angle, a raking shot is required, further exacerbating the problem.

This particular problem has been solved, making ARs chambered in .223 entirely suitable for use on larger animals, including deer. Dynamic Research Technologies (DRT) first appeared several years ago with what it called “Terminal Shock” (TS) ammo. Featuring a revolutionary bullet design that took decades to perfect, TS changes the entire picture. It’s so effective that it alters the whole perspective on the .223 cartridge for both sporting and tactical purposes.

The TS bullet is a controlled-frangible projectile that differs from the traditional frangible bullet in that its frangibility is retarded until the bullet penetrates to sufficient depth in the target to reach vital organs; then, it upsets violently. The result is a tremendous amount of systemic shock to vital organs and the virtual destruction of nearly everything in the thoracic cavity.

Because conventional frangible bullets have a deserved reputation for upsetting too quickly and thus lack penetration to vitals, the .223—and, by association, the AR—was long thought to be suitable for hunting only smaller game species. However, because it allows penetration to vitals from any reasonable angle, DRT’s TS bullet radically alters the equation.

With the AR’s fast handling qualities, repeat shot capability and accuracy that’s fully equivalent to any decent bolt-action rifle, the inclusion of DRT ammo makes the picture complete. Both instantly become effective on a far wider spectrum of game animals, including deer.

To prove that point, yours truly and three associates took to the field with variously configured ARs in search of a tough and elusive quarry—the Midwestern whitetail buck.