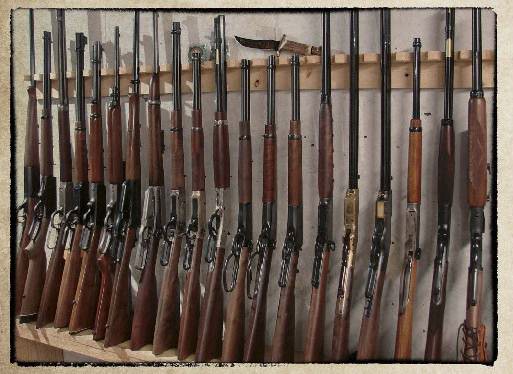 AS AMERICAN AS APPLE PIE AND BASEBALL

There are some generalities about lever guns that merit discussion: reliability and accuracy. It is true that lever-action rifles are more complicated than bolt guns—and maybe even semiautomatics.

A bolt-action rifle is about as simple as a repeater can be, and the mechanics of even a semiauto are pretty simple. A traditional lever-action has to be timed perfectly to accomplish firing, ejection and feeding a cartridge from a tubular magazine without something going wrong.

Not so simple. That little rifle has been to four of the top gunsmiths in the nation, with each trying to get the rifle to feed reliably. So far, none was successful. It feeds .357 Magnum cartridges flawlessly, but the longer Maximums will not feed. The timing is off.