The Woman In The Square 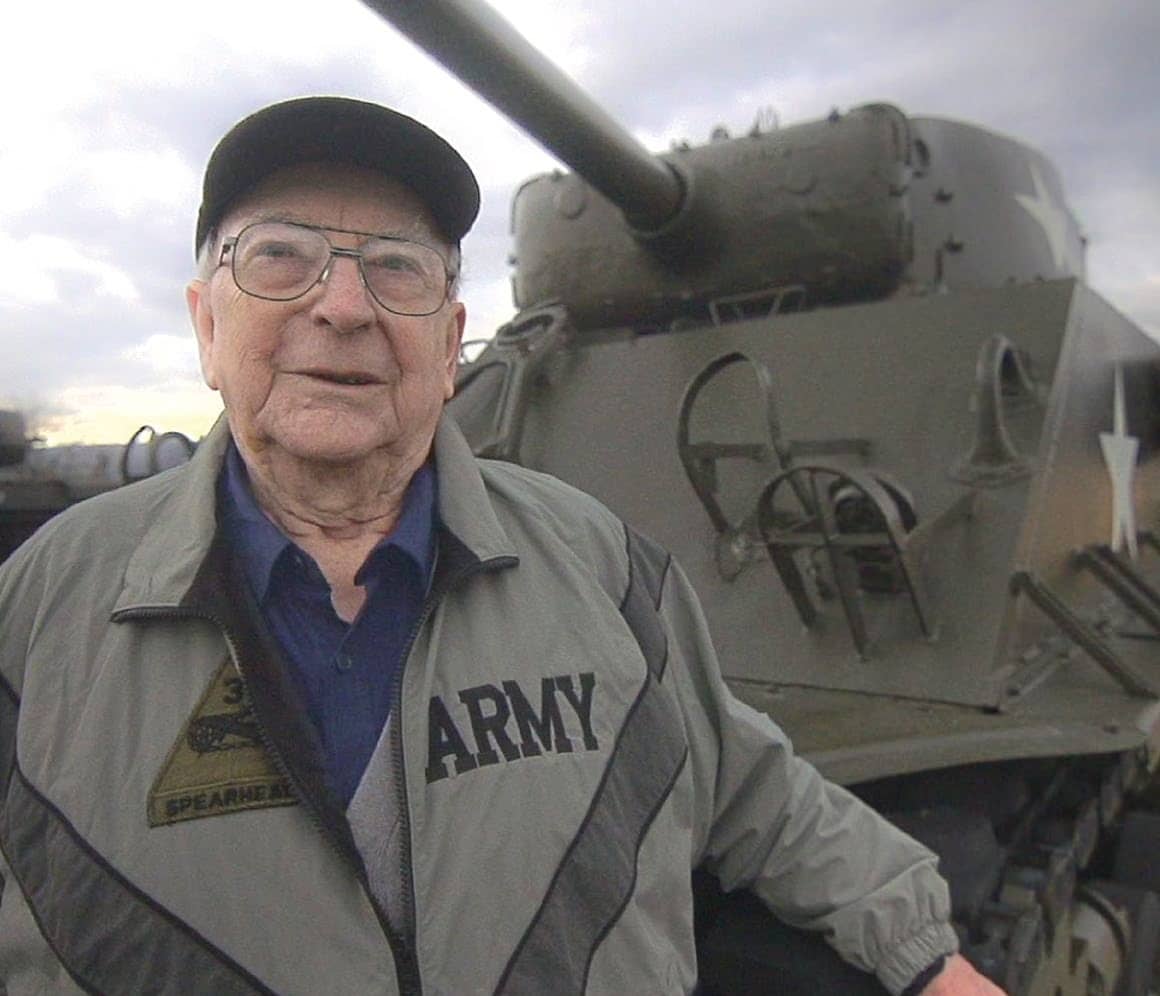 More than 50 million civilians perished in World War II. One casualty has haunted this veteran tank gunner since 1945

It was March 2013. I’d come here to heal the wounds of a long-ago war, revisiting the city of my nightmares to meet Gustav Schaefer, hoping he might answer a question that haunted me still. I stood with my back to Cologne Cathedral, scanning the crowd for anyone old enough. I couldn’t find Gustav. Had he changed his mind?

Sixty-eight years before, in 1945, I was a tank gunner in the Third Armored Division when we rumbled into Cologne, a city spanning the Rhine. We were nicknamed Spearhead—a title we’d earned. My crew was among the first to battle its way into Germany. We froze our tails off during the Battle of the Bulge. I suppose we handled ourselves well, which is why we got a Pershing tank, the U.S. Army’s answer to the more heavily armed and armored German Panther and Tiger. We had one of only 20 in the entire European Theater. It was presented to us like an award, but it was a curse. As the heaviest tank, we were always first in line, first around the corner, first over the hill. It skinned our nerves raw, but what could you do? Someone had to go first.

Cologne was particularly dangerous. American bombs had created a labyrinth of blocked streets and ambush points. We worried about German tanks and watched for bazooka teams in the buildings. People think tanks are safe, but that’s an illusion. If your tank gets penetrated, all that armor around you turns into shrapnel. The ammo and fuel you’re sitting on can erupt into a volcano of fire. We particularly feared the German Panzerfaust, a bazooka round that turned to boiling metal when it hit, burning through tank armor and spraying molten steel inside.

All you could do was shoot first and hope to get them before they got you. That and pray. I never really learned to pray. Instead, I just talked to God— asking that we make it through each city block, make it to nightfall. Touching the Bible in my breast pocket.

AS WE NEARED THE CATHEDRAL square that day in 1945, I knew German tanks were waiting. I would be meeting Gustav for the first time, though I didn’t know it was him, not then. All I saw was a German tank peeking out from behind a building. When we pulled up to the intersection, it spotted us and backed into an alley. Suddenly, a black blur crossed my gunner’s scope. It was low, with gray camouflage. An Opel sedan.

“Staff car!” my tank commander yelled, and I fired. Our officers had told us anything on wheels was German military. Orange machine gun tracers chased the car down the street. The Opel turned toward the hidden tank, and a stream of green tracers—the German tank’s machine gun—crossed our orange ones. The Opel slowed to a stop. I dismissed it. My concern was the tank. I fired again and again into the building that sheltered it. The building leaned backward like a dazed boxer, then collapsed, burying the tank. We crossed the intersection and passed the Opel. I saw no camouflage, no official markings or insignia—just a black car covered with dust. Medics huddled around the exploded windows, treating someone beside the passenger door. I glimpsed curly brown hair. A woman. Who was she? A Nazi fanatic? We’d encountered those. Some general’s mistress? Whoever she was, we left her behind and continued patrolling the area.