The Faith Of A Long-Distance Runner Marathon Man 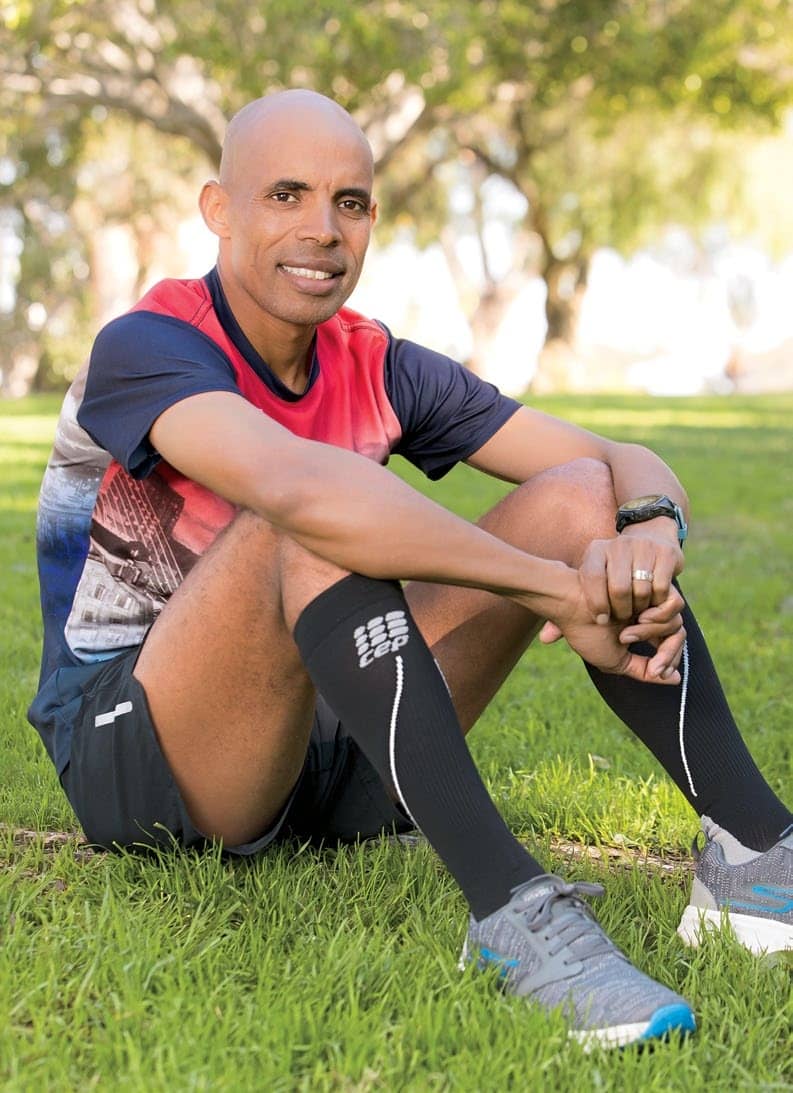 I was cruising, a mile short of the halfway point in one of the most prestigious races on the planet. Besides the Olympics, it doesn’t get any bigger. For once I’d done everything right. The diet. The training. My mental and spiritual focus.

The fans along the tree-lined streets of Wellesley, Massachusetts, were cheering like crazy: “Let’s go, Meb!” “USA! USA!” I’m no longer surprised at people recognizing me. I’d run marathons since 2002, the only runner to have finished first in New York and Boston and medal at the Olympics.

No American man had won here in more than three decades before I crossed the finish line in 2014, the first Boston Marathon after the horrific bombings. A few days before the race, I met the Richard family, who had lost their eight-year-old son. Their strength inspired me. Even for someone used to the spotlight, it was an unforgettable experience. God’s hand had surely been working through me.

Now I was back. At 41, I was way older than the other elites. Still, a top-three finish seemed possible. I was firing on all cylinders, almost to Wellesley College, where the students mass along the route, hollering like mad— the Scream Tunnel, it’s called.

Just before a little hill, the runners ahead of me began to pick up the pace. No problem. I pumped my legs harder. But the other runners pulled farther away. Pick it up. I had nothing. There was no soreness. No tightness. My quads were just dead. Like a car stuck in second gear.

I pray constantly when I run. Running 26 miles is mentally and physically taxing for even the most experienced runner. Every time I take it on, I vow never to do it again. Every muscle in my body aches. It’s days before I’m able to walk normally again. But exhaustion wasn’t usually an issue until the last two or three miles. I still had half the race to go. Like any marathoner, I’d lost way more than I’d won. I didn’t expect God to give me a victory every time. But I’d always been competitive. Until now. Lord, I’m done. I can’t do this anymore.

Growing up in san diego, California, I’d never imagined myself as a world-class runner. I’d been born in Eritrea, a small war-torn country on the Horn of Africa. We lived in a stone hut with no running water, no electricity. When I was five, my father—a freedom fighter in a war against Ethiopia—had fled for his life. He’d walked 225 miles over seven days to get to the Sudan—the equivalent of a marathon every day for a week.

Seven years later, we immigrated to the United States. “God has great plans for you,” my father said. He insisted my siblings and I excel at school. He woke us up at 4:30 a.m. to study.