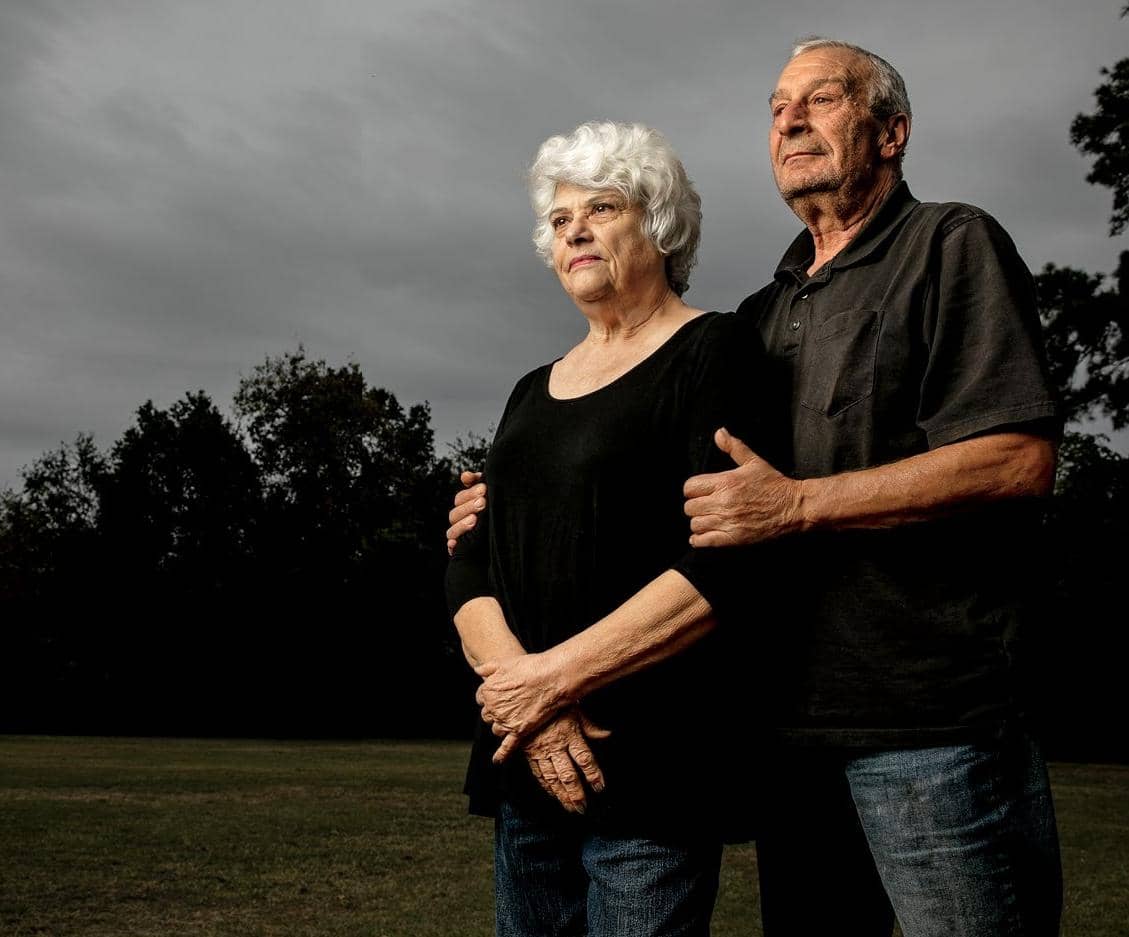 We thought the tornado had passed, but then we got an alert. Too late

LINDA STRATIGAKIS
“DID YOU UNDERSTAND ANYTHING they said?” I asked.

Behind the wheel of our van, my husband, Nick, shook his head. “Something about…beekeeping?”

It was a Saturday afternoon, April 13, 2019. We were on our way home from a seminar in Jacksonville, Texas. The lecturers had spoken on ways to reduce our ecological footprint—a cause our son Michael is passionate about. He’s always reminding us of our duty to preserve the earth. We recycled, took monastic showers, tried organic farming and attended seminars like this one. We liked to think of ourselves as well-informed. But the Jacksonville seminar had been too much.

We wanted to be good stewards of the earth. Installing solar panels, switching to a mostly plant-based diet and reducing plastic and water waste could be overwhelming, though. Did that make us ungrateful and unworthy of the task God had given us? As we stood to leave, the host took the stage once more. “Take care out there,” he said. “There’s a tornado warning near Alto.”

Nick and I shrugged. This was northeast Texas, part of Tornado Alley. Still, we had to pass through Alto on our way back to Houston. Best to be careful.

We drove slowly on Highway 69 South toward Alto, following the signals of local people who were helping the police direct traffic. I breathed a sigh of relief. Phew, the tornado already hit. We’d missed it. Then Alto came into view. There were downed utility poles everywhere. Sparks danced dangerously in the air. How awful, I thought as we passed fallen trees, demolished houses and schools with major structural damage. Lord, protect these people.

THE WORDS CAME TO MIND EASILY, but doubt crept up in my stomach. Was God even listening? I’d been feeling distant from God for years now, ever since 2003, when my father passed away from Alzheimer’s. It had been agonizing to watch him decline over the course of 10 years. First came the memory lapses, then the struggles to find the right word. Eventually Dad lost everything that made him who he was—he couldn’t enjoy baseball anymore (in his younger days, he had played in the New York Yankees organization) or even recognize the people he loved and devoted his life to. Mom, his wife of more than six decades. His children and grandchildren. I tried to comfort myself by thinking of “Pennies From Heaven,” the song Dad used to sing to me when I was a child. So when you hear it thunder, don’t run under a tree. / There’ll be pennies from heaven for you and me.