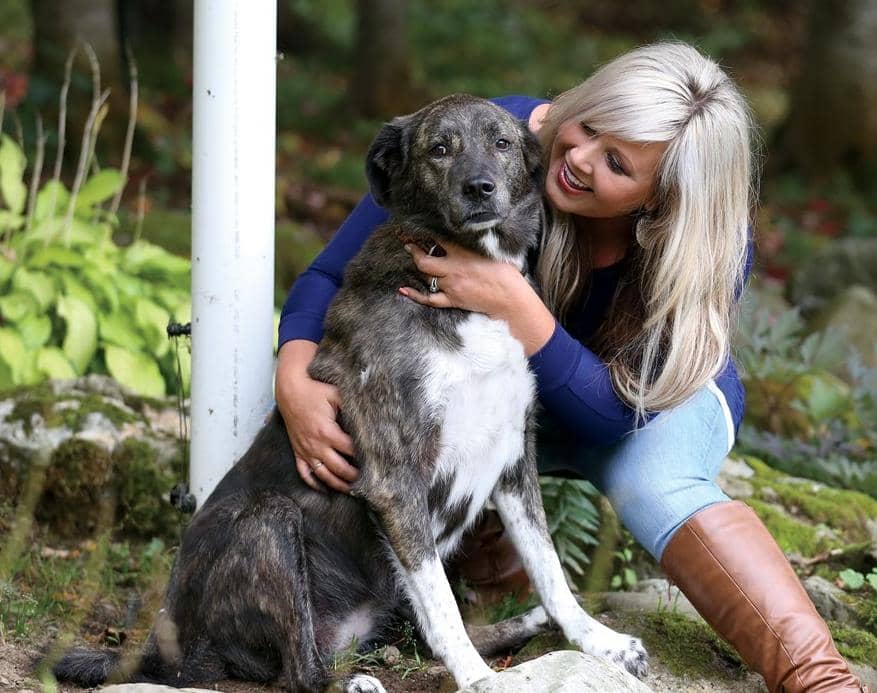 This was the dog that put joy back into the voice of the man I loved. Of course I had to help Chris bring Bear home from Afghanistan

I sat cross-legged on my bed in the house I rented with some other students and stared at the phone. It was 10 p.m. on a Sunday in March 2010. I was in my last year of a college program in food science and nutrition, doing a dietetic internship. My fiancé, Chris, was deployed to Afghanistan with the 172nd Mountain Infantry of the Army National Guard, and he hadn’t been able to call for almost two weeks. I took the framed photo from my nightstand and traced the lines of his face. He looked so strong, so capable in his camo fatigues, his eyes squinting against the Afghan sun.

Normally Chris was really social, the life of the party. But the last time we talked, the conversation had been dry and limited. He was being transferred to another forward operating base (FOB). Deployed for just a few months, he’d already sounded war-weary. When I asked what it was like in the mountains of Paktia province, Chris described the abandoned animals roaming around looking for shelter and food—all in a flat voice. I was worried sick. Serving in a war zone was taking its toll on Chris, and I was helpless to do a thing about it except pray.

That’s more like it! He hadn’t sounded this upbeat in weeks.

“A puppy?” I couldn’t keep from smiling. Both of us were big-time animal lovers—one of the things we’d bonded over when we met during my senior year of high school.

Chris told me that a few weeks prior to his arrival at the FOB, a suicide bomber had entered the compound in the middle of the night. The stray dogs that hung around hoping for handouts started barking. One dog took off after the bomber. Another dog, Target, alerted the troops in their sleeping quarters, just seconds before the bomber blew himself up. All the soldiers survived the attack. But Target was badly injured.

The very next day, she gave birth to a litter of puppies. The soldiers weren’t about to let them die. They nursed Target back to health and cared for her pups, feeding the dogs from their plates and loving the dogs as if they were their own.

“Bear is one of her puppies,” Chris said. He explained that in Afghan culture, dogs weren’t valued as companions. They were considered unclean and rarely let into homes.

“I won’t be at this outpost long, and pets are security risks,” he said. “I want to save Bear. Will you help me get her home to Maine?”