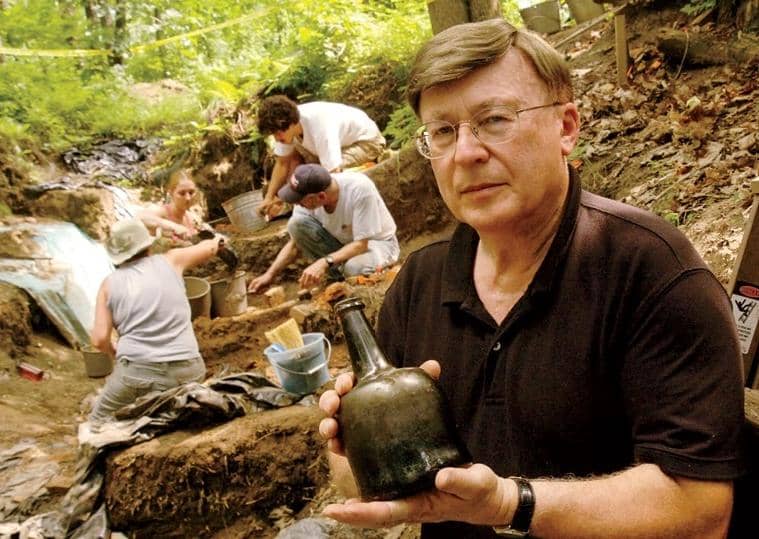 It’s never too late to learn something new

THERE’S NO MAGIC FORMULA FOR LIVing longer and better. But a certain character trait makes getting older a lot more rewarding: having an open mind and heart.

Just ask David Starbuck of Chestertown, New York; Shirley Uekert of Marathon, Wisconsin; or Dave Jackson of Fishers, Indiana. These three very different people in their sixties, seventies and eighties live every day with the highs and lows of aging.

They thrive through it all by learning. David, an archeologist, continues digging up military history in upstate New York despite a diagnosis of advanced pancreatic cancer.

Shirley, a farm wife whose husband died several years ago, defied a lifelong fear of water and learned to swim in her seventies.

Dave is a retired pharmaceutical chemist who spent much of his life in a quiet, orderly laboratory—then plunged into acting not long after his own cancer diagnosis.

All three told me it is never too late to learn a new skill, try a new experience or listen intently for whatever life and God are trying to teach you. In fact, David, Shirley and Dave described their openness to whatever comes next as a cornerstone of their vitality. They live longer and better by envisioning their lives, and their souls, as unfinished projects.

Here are their stories—and their hard-won, inspiring wisdom.

Last August, a doctor told 70-year-old David Starbuck he had advanced pancreatic cancer, a diagnosis with a six-month to one-year survival prognosis.

David had a ready comeback. “I vowed I would prove that doctor wrong and live for years,” he told me. “It’s the stubborn, ornery ones who survive. We archeologists are like that. I live for whatever I’ll discover next.”

David is not exaggerating. He teaches anthropology at Plymouth State University in New Hampshire. For the past three decades, he has devoted his life to the painstaking excavation of one of North America’s most important eighteenth-century military sites: Fort Edward, near Glens Falls, New York, a redoubt for 15,000 British army troops during the French and Indian War.

David supports the work with the help of nearby State University of New York Adirondack plus grants, private donations, volunteer labor and sometimes his own money. Though he gets a university salary, David, like many scientists, must secure his own research funding.

You might think the Yale-trained archeologist, who has dug everywhere from ancient Mexican ruins to the factory where cotton gin inventor Eli Whitney once produced firearms, would be content to rest on his laurels. “A lot of archeologists never want to retire,” he says. “We are programmed toward that passionate love of discovery.”

In addition to supervising annual summer digs at Fort Edward and nearby Rogers Island, David keeps busy writing research reports, applying for grants and laying the groundwork for what he hopes will become a visitor-friendly site at Fort Edward, similar to Fort Ticonderoga and other colonialera destinations.