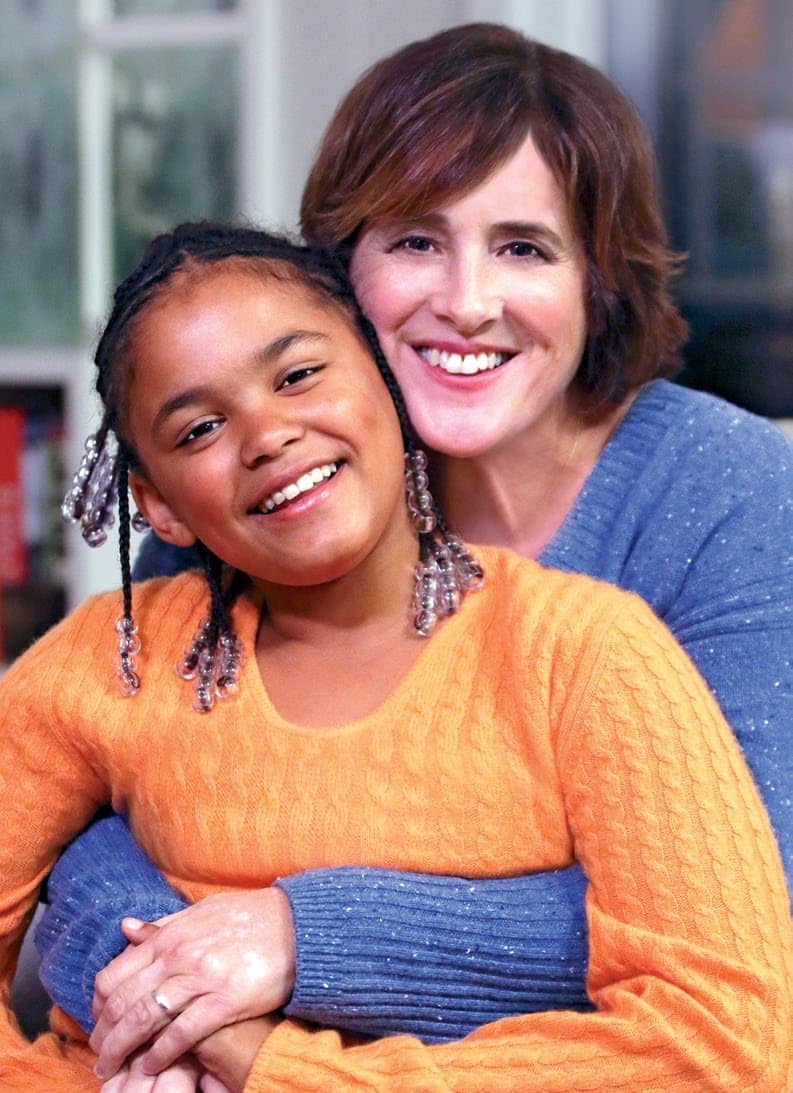 “Do you know your baby is black?” Of course I did. But why would the nurse ask such a question?

SHE IS MINE, AND I AM HERS, I TOLD myself, sitting in the waiting room of the geneticist my daughter’s pediatrician had recommended. I looked down at the tiny bundle in my arms, newly adopted Meredith, only one month old. I was here to learn her genetic history. Something her birth mother, Misty, who was white, couldn’t tell us in full. We knew Meredith was a baby of color, but was she Hispanic, African-American, Asian, Native American?

I tried to push away the selfish feeling that I wanted Meredith’s history to be mine. She may not have come from my body, but she had been born of my heart after much prayer. I thought of my miscarriages. The many failed adoptions. My husband, William, and I had almost given up hope of a second child when the possibility of Meredith floated into our lives just a month before she was born. Was she the answer to our prayers? William and I were beyond thrilled and somewhat stunned when, a few weeks later, we flew to Ohio, where Misty entrusted us with a tiny baby who seemed so pure and perfect. But could I love her the way I loved my biological daughter, Prentiss? I hope I’m worthy of Meredith, I thought.

I held Meredith close in the geneticist’s waiting room, her little mouth yawning. I wanted so badly to protect her. From physical and emotional pain. That’s why I was here. If she needed a sense of place, of her heritage later on, maybe this visit would help. If we find out about Meredith’s people, would it make her less ours, less mine? I wondered. Somehow it mattered. I don’t want Meredith to be a part of any family but mine. I wasn’t proud of this feeling. We loved Meredith with our whole

hearts, but we understood that she would face different challenges than we had experienced. I’d known it in theory long before she was born and then—suddenly, heartbreakingly— again right after her birth.

MEREDITH HAD BEEN BORN premature. The NICU nurses, perhaps sensing my heartache and feelings of inadequacy at not being able to nurse Meredith the way I had Prentiss, taught me how to hold her as she was being fed through a tube. Then later, how to fill Meredith’s bottles and get her little self to drink.

I was particularly fond of one nurse who seemed to spend the most time with us. It probably helped that this nurse was a fan of my television show. What luck! I thought.

“I love all your recipes,” the nurse said one morning. She ran a few tests and handed Meredith back to me.

“Thank you,” I said, beaming. It was sheer bliss to hold Meredith tight, skin to skin, and smell her head. How blessed I felt to be chosen to be her mom! But was that enough to make me her mother?