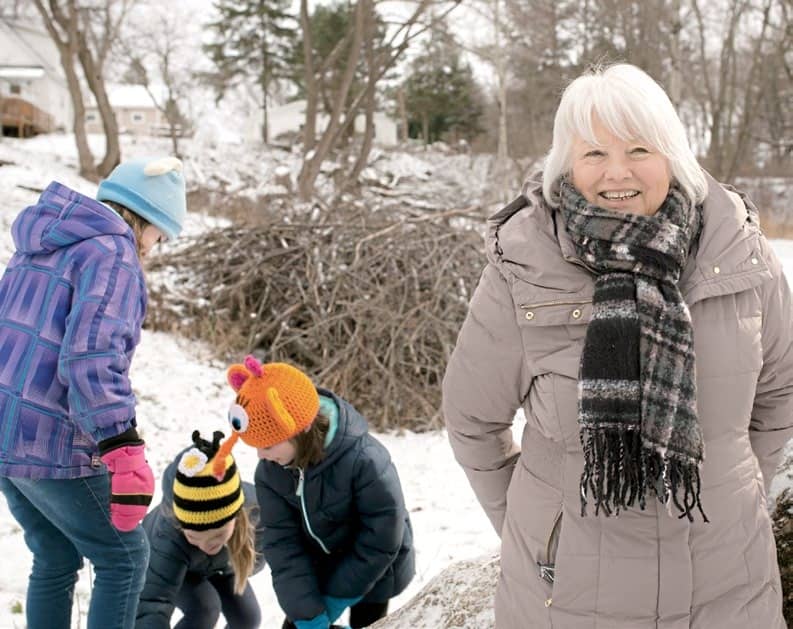 My phone pinged. my daughter Susan was texting to see if I could babysit her three younger kids the Saturday of Labor Day weekend. “You bet!” I texted back.

I’d just watched a documentary about Fred Rogers—Mister Rogers to his generations of fans. He talked about what an influence his grandfather had been on him, how vividly he remembered their time together. It got me thinking about my own grandchildren. Would they look back someday and recall how I’d had a profound effect on them?

Susan lived only a mile away, and I was used to looking after the girls: eight-year-old Mary and the six-year-old twins, Tabitha and Rachel. I’d bake cookies with them, or we’d do some art project together. What if I tried something more ambitious? What if we went to Lake Michigan to play in the dunes and then visited the Sandcastles Children’s Museum and the library? That would be a day they’d always remember.

Saturday dawned cold and rainy. Still, I didn’t want to give up on my plan. I drove over to the girls’ house in my red van. Tabitha stood inside, frowning as she gazed out the kitchen window. “We can’t go now,” she said.

“There’s lots of fun things we can do in the rain,” I said. “The museum will be open and the library.”

“She’s afraid of thunderstorms,” her older sister, Mary, said between spoonfuls of cereal. She described a terrible storm they’d been caught in earlier that summer.

“The wind was pushing trees over, and there was thunder and lightning,” said Rachel.

Tabi started crying. I knelt down to comfort her.

“Don’t worry, honey. No thunder-storms in the forecast. Just rain.” A wiser grandmother would have nixed the trip then and there. An hour’s drive in pouring rain when we could stay inside and bake cookies? But what sort of lasting impression would that make? “Come on, girls,” I said. I gathered up the umbrellas, and we got in the van.

As the forecast predicted, the rain never stopped. And Tabi kept up a running commentary from the back seat: “It’s raining harder now, Granmare…. It’s really foggy…. Clouds are black…. I think that was lightning….” All the while, her sisters watched a Daniel Tiger video, begging me to keep turning up the volume so they could hear the show over Tabi’s complaints.