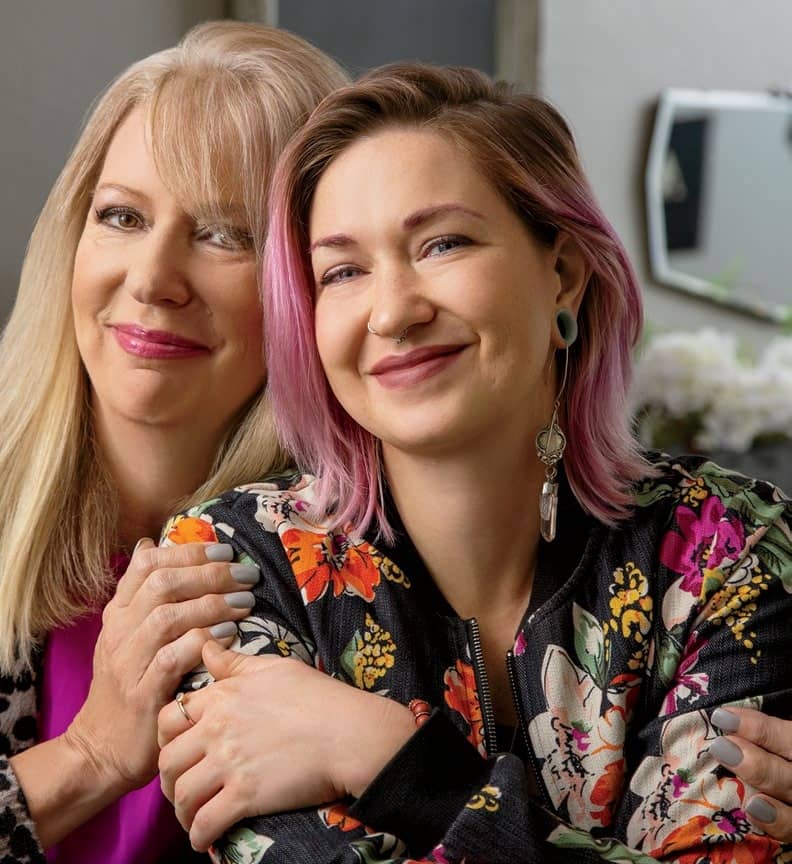 What if your daughter told you something about herself that went against everything you were taught to believe?
CHRISTY JOHNSON
MY 20-YEAR-OLD DAUGHTER, Brittany, had left the computer on in my bedroom. She’d been using it to chat with friends. The chat session was still on the screen.

Maybe I shouldn’t have read it, but I’m a mom and I couldn’t help myself.

“We’ll meet you at the WreckRoom,” Brittany had written at the end.

“Have you ever heard of a place called the WreckRoom?” I asked him.

“Brittany’s going there tonight.” I looked up the WreckRoom online. What?! It was an all-ages gay nightclub on Thirty-Ninth Street, the heart of Oklahoma City’s gay neighborhood.

That couldn’t be right. Why would Brittany want to go there?

I’d grown up in a very conservative church environment and raised Brittany the same way. Where I came from, the Bible was crystal clear about homosexuality. Someone who lived that way was out of God’s favor.

Brittany was living at home while working and attending community college. In some ways, she was a grown-up. In others, she was still pretty naive. Maybe she just didn’t know what the WreckRoom was.

And yet…why was my whole body rigid with fear?

I racked my brain for reassurance that Brittany wasn’t gay. There was that guy she pined over in high school who was dating someone else. Later he broke up with that other girl, and he and Brittany went to the prom—but nothing came of it. Other than that, she had never dated, never had a boyfriend.

Not that John and I gave her much wiggle room. We taught a singles class at church based on the purity movement. The idea was to avoid casual dating and focus on marriage. We steered Brittany toward group outings with friends, and she never rebelled against that.

The only time she and I had a big disagreement over this subject was when she expressed curiosity about one of her eighth-grade teachers, who was a lesbian. “That’s kind of cool,” Brittany said when she found out.

“It’s not cool,” I replied and followed up with a lecture about what I believed the Bible said about sexuality. Brittany stopped talking about her teacher.

I CALLED JOHN OVER TO THE COMputer. We stood there staring at the screen, both feeling deeply uncomfortable. John’s daughter from his first marriage, Melissa, had apparently been questioning her own sexuality as well. Brittany and Melissa were only a year apart. Were they influencing each other?

Melissa had moved out as soon as she turned 18. She and I had a difficult relationship. Earlier that day, she’d driven over from her mom’s house, where she was living, to hang out with Brittany. They were out now getting something to eat. It was clear from the chat session that they were planning to go to the WreckRoom together.