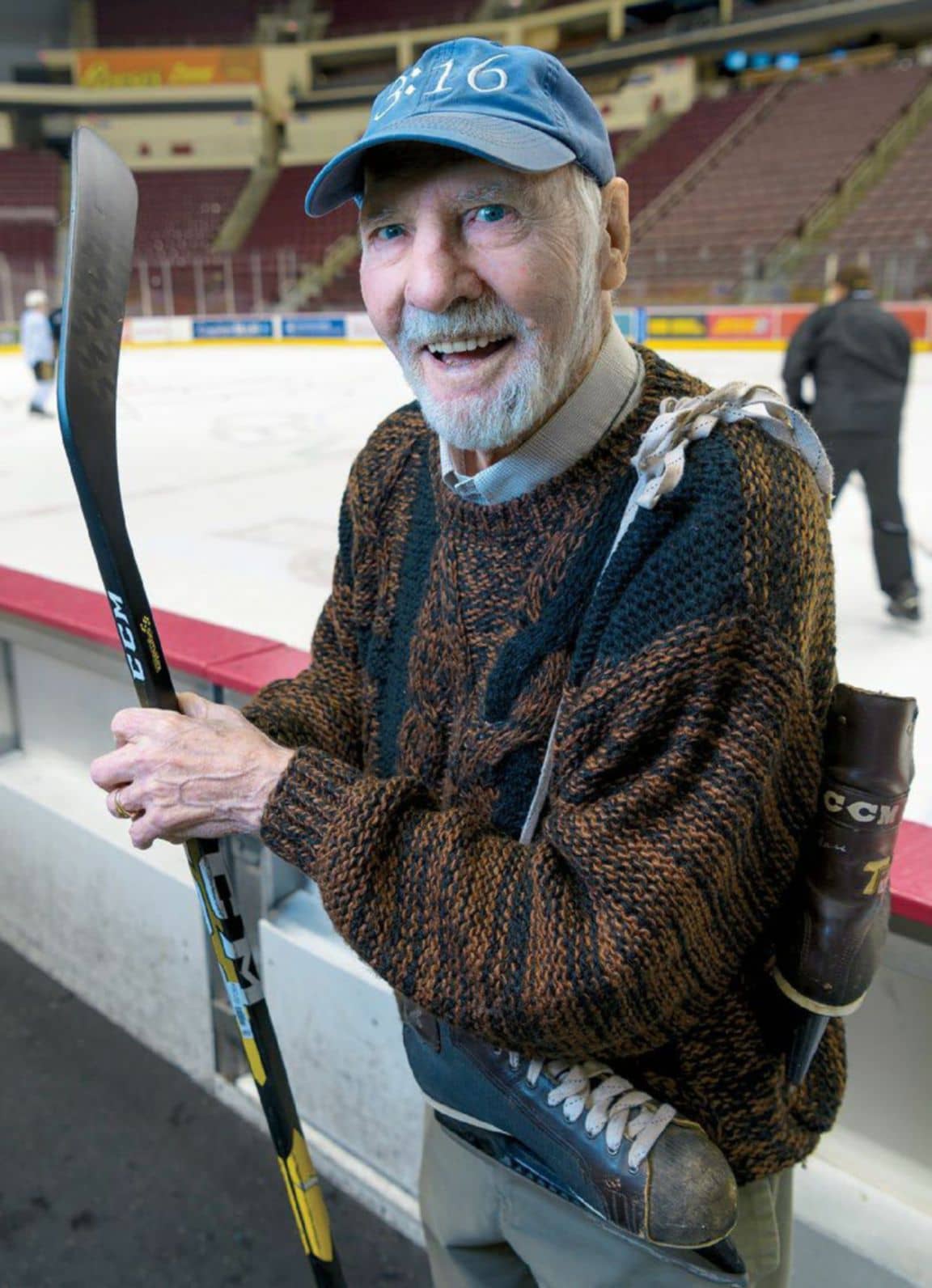 From hockey to poetry, how this widower fought through his grief.

My wife, Barbara, and I had been married more than 50 years when she was diagnosed with inoperable pancreatic cancer in October 2010. I was devastated. Even though I had been a professional athlete—a forward in the American Hockey League—in my younger days, Barbara had always been the healthy one (at age 72, she still jogged daily), the steady one, the one who never missed a day of work. I was seven years older and I used to joke that I would be long gone before her. But here the doctor was telling us that she had only three to six months left.

I couldn’t bear to think about life without Barbara. We came home from the cancer center and went back to our daily routine—reading the Bible and talking over coffee in the morning, taking an hour-long walk together later in the day—but it would never be the same again. I had difficulty talking with her because I just wanted to cry.

I prayed many prayers for her to be healed. But her health declined rapidly. Soon our walks dwindled to 20 minutes. Then Barbara stopped walking altogether. Our oldest daughter, Ann, took unpaid leave from her job as a nurse to care for Barbara.

One day Barbara asked us to stop praying for a healing and start praying for a quick passing on. Sadness overtook me, yet I couldn’t help noticing a complete peace in her eyes.

It was then that I remembered the dream Barbara had told me about a year before her diagnosis. She had dreamed that she was in a high place looking down on a clear river. She saw a calendar moving swiftly in the river. “What do you think it means?” she’d asked me.

“Did you see a date on the calendar?”

The dream had fascinated her, and she would talk about it from time to time, trying to puzzle out its meaning.

Now I understood what her dream meant. The calendar represented her life passing through time, moving swiftly toward her earthly end. Heaven, with its crystal-clear river as described in the Book of Revelation, was just ahead. And she was looking forward to being there.

In her final moments, I kissed her and said, “I love you.” Tears flowing, I read Psalm 23. As I came to the last line, “I will dwell in the house of the Lord forever,” Barbara glanced up and whispered, “Amen.” A smile crept across her face, and she entered heaven’s door.