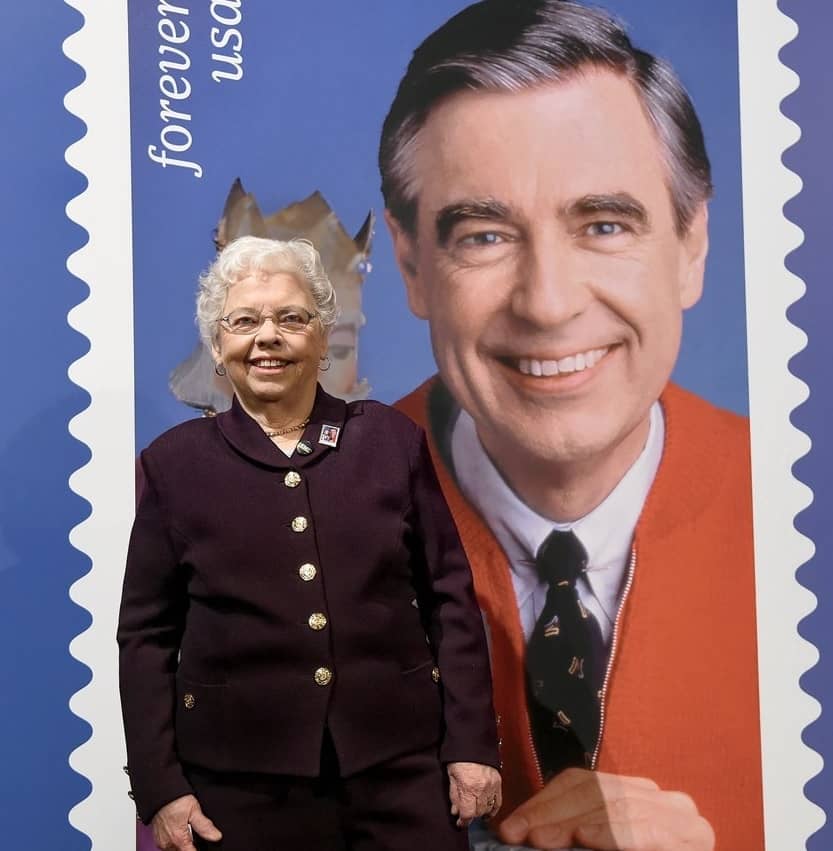 Back when Fred and I were music majors and sweethearts, I never could have dreamed that someday there would be a movie about him

THE FIRST TIME I SET EYES on Fred Rogers was in 1947. I was a student at Rollins College in Florida, and he was a freshman at Dartmouth College in New Hampshire, who decided that he wanted to major in music. Dartmouth did not have a music degree program at that time. A music professor there suggested he come down to Winter Park to see Rollins. Our music composition teacher said we should all go greet him, so we piled into a very big, elderly Franklin car to meet this new prospect at the airport. And so it was that this unhappy Dartmouth student was welcomed by a dozen happy Rollins music students!

It must have worked because he decided to transfer to Rollins. We became good friends, then a couple. He impressed us because he could sit at the piano and play all kinds of music by ear that none of us could play without the score. After I graduated in 1950, I went to Florida State University for a master’s degree in music. After Fred graduated in 1951, he moved to New York City to do an apprenticeship at NBC in this new thing called television. I got a letter from him in late spring proposing marriage! I felt he deserved a quick response, quicker than writing back, so I went to a phone booth on campus…. I must have put in a million dimes! “Yes!” I said. “Yes.”

The wedding was on July 9, 1952. Fred and I spent our first year together in New York, and Fred continued at NBC. In 1953, he heard from his father about plans for an educational TV station in Pittsburgh—near their home in Latrobe. Fred landed a job with this brave group and joined the first community educational television station, WQED. And so we settled in Pittsburgh.