Animals and Healing – 'We Need A Dog!' 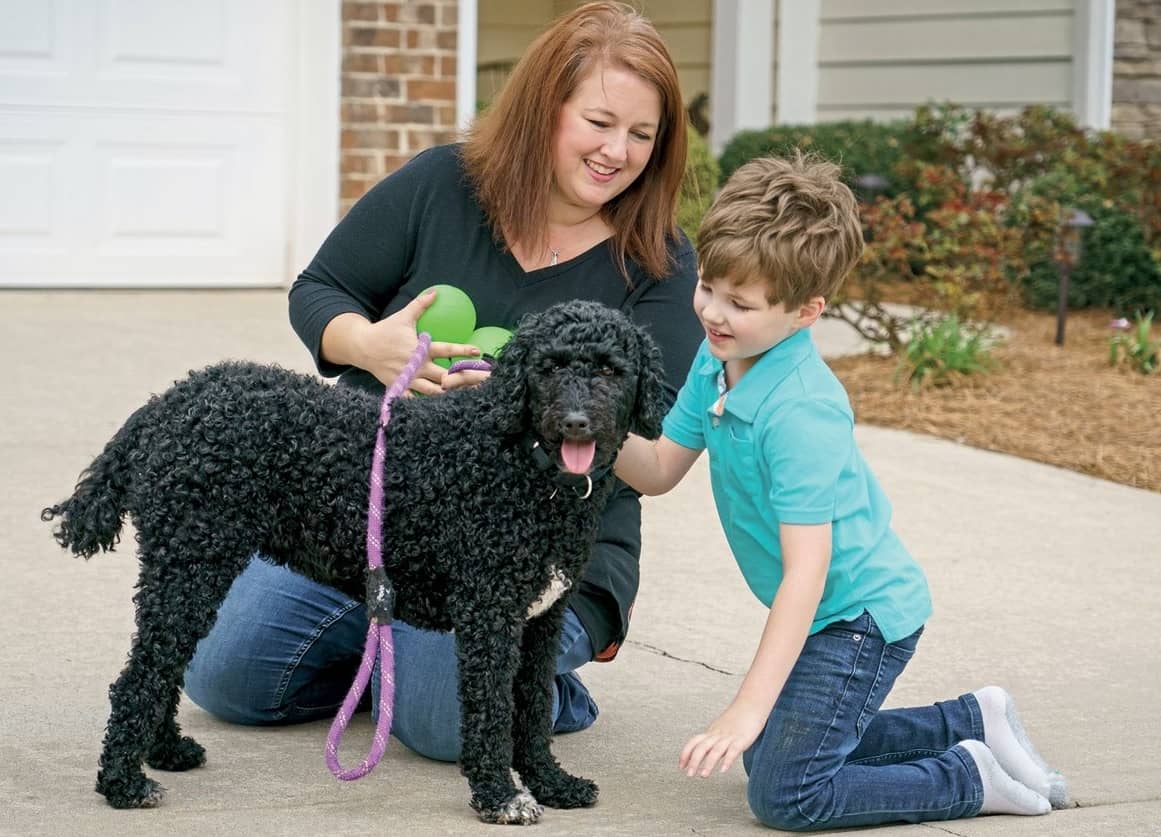 Wesley was two when we got the diagnosis. I wasn’t sure how God expected me to help him

I’M A TALKER—I HAVE A HABIT OF talking to every person I see—but that afternoon in March 2015, I sat beside my husband, Andy, on the 45-minute drive home from the Marcus Autism Center in Atlanta without saying a word. It was the most deafening silence of our 11-year marriage. We were both so overwhelmed, we didn’t know what to say.

I glanced back at our two-and-a-halfyear-old son, Wesley, asleep in his car seat. We’d had him checked out because of his continuing obsession with letters, numbers and counting things, and his seeming indifference to communicating with people, even though he had an enormous vocabulary. Wesley had spent the day being assessed by a team of specialists. They’d diagnosed him with autism spectrum disorder.

A stress migraine pounded my temples. Could I be that mom? The one who could educate me, advocate for our son, intervene when necessary. I am not your girl, God, I kept thinking. I can’t be the mom Wesley needs. He deserves someone better, someone, more capable.

I’d been given pamphlets and instructions and suggestions and told to sign up for classes that I knew we could never afford. The full written report on Wesley wouldn’t arrive for a few weeks, and already I was failing him. Out of everything the specialists had said, the only words I could remember were socialization and involvement— key for Wesley to develop social skills.

In the car, I desperately brainstormed ways to make his world more social.

The weirdest, most off-the-wall ideas came to mind, so weird that I blurted it out. “We need a dog!”

Andy looked at me as if I were crazy. “What are you talking about, Rachel? You don’t even really like dogs, and I’m allergic.”

That was true. I’d had bad experiences with dogs growing up, not exactly a Lassie kind of childhood.

“And how on earth are we going to afford a dog right now?”

He shook his head. “I can’t believe with all the talk we had thrown at us today about therapy, speech intervention, and preschool classes, your one takeaway is that we need a dog.”

BUT SOMEHOW I COULDN’T SHAKE the idea. Maybe I was cracking under the stress already.

A couple of weeks later, I was outside playing with Wesley and Sam, our older son, when a woman with a medium-size, black curly-coated dog walked by. Must be a new neighbor. Like I said, I talk to everyone I see. “Hi!” I called and introduced myself.