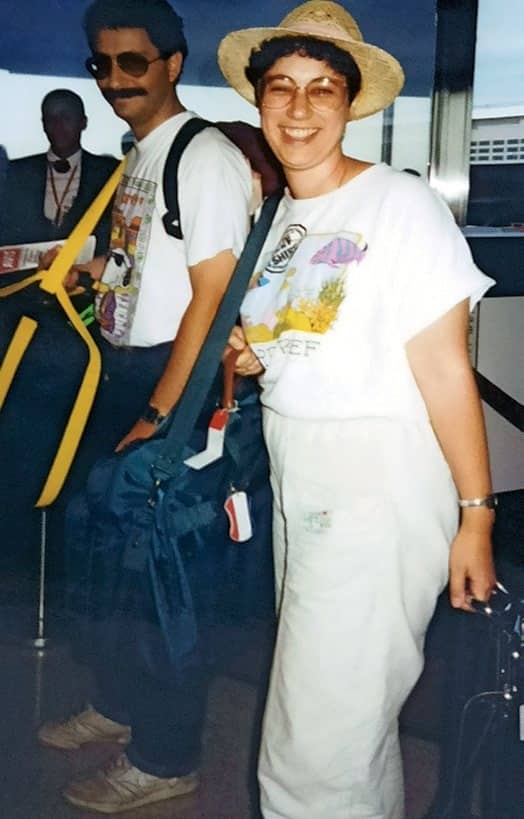 What compelled us to move halfway around the world to a place where we didn’t even speak the language?

There is a word in hebrew for people like me, those who choose to leave their country and move to Israel: We are called olim, from the word la’alot, meaning to rise or “go up” to the land. We step into the unknown, away from our family and friends, our jobs, our comforts and our mother tongues to fulfill the destiny God promised Abraham and his descendants.

Almost 30 years ago, my husband, Jeff, and I left Maryland and moved to the southern city of Beer Sheva, the cultural capital of the Negev desert. Jeff’s sister had moved there several years earlier, and what she told us about life in Israel spoke to a longing in our souls.

We were in our twenties, seeking something we hadn’t been able to find anywhere else—a spiritual belonging. We wanted to feel closer to God and be among other religious Jews.

That didn’t mean leaving everything we knew behind would be easy. Trekking halfway around the world to start a new life, becoming impoverished in a second language.… We’re like Abraham himself, I thought.

Abraham had journeyed to what is now Beer Sheva, led only by God’s calling. Had our patriarch been as nervous as we were? He struggled to make a life. When locals stole from the wells that Abraham had built, he was forced to confront the Philistine king Abimelech. The two men swore an oath that Abraham owned the wells, and the oath was sealed when Abraham gave Abimelech seven ewes. That’s how Beer Sheva got its name, be’er meaning “well,” and sheva meaning both “oath” and “seven.”

If Abraham could do it, then so can we, I told myself. Surely Jeff and I could build a life in Israel as fulfilling as the one we’d left behind. More fulfilling. Wasn’t that why we’d been drawn here?

I enrolled in a government-sponsored language class to improve my Hebrew. Surrounded by Russians, South Americans and Ethiopians who had also immigrated to Israel, I struggled to conjugate verbs, memorize vocabulary and refine my accent. Who knew that the word for “interview” (ra’ayon) sounded just like “pregnancy” (herayon)? These two words would define my biggest struggles in my new land: starting a family and finding a job.