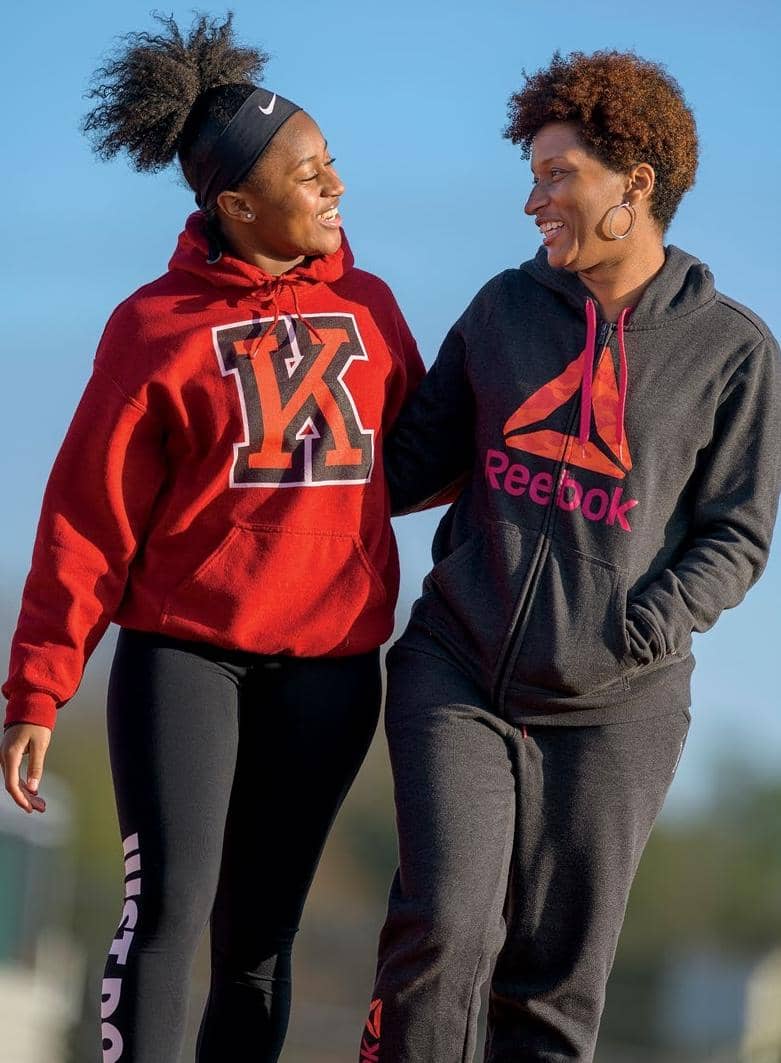 I ran track in high school. Was I pushing my daughter too hard to follow in my steps?

I GREW UP PLAYING SPORTS. BOTH my parents played multiple sports in high school, and my dad went to college on a football scholarship. I played softball as a child and excelled on my high school field hockey and track teams. My husband, Kenny, was playing professional basketball overseas when we met. He now works in education and coaches youth and high school basketball.

Kenny and I weren’t surprised when our daughters, Kennedi and Kassadi, showed early athletic promise. Watching them outrun other kids on the playground, I knew they were destined for greatness on the track. Kennedi, our older daughter, was competing in the Junior Olympics track and field championships by age seven. Kassadi wasn’t far behind.

By the time Kennedi started middle school, our family life revolved around practices, track meets, plus regional and national championships. I had visions of college scholarships, maybe even the Olympics.

I did not envision sitting in a pediatric orthopedist’s office almost two years ago, staring at an MRI image as the doctor calmly explained that Kennedi’s posterior cruciate ligament—the thick tissue stabilizing the back of her knee—was torn. Her season was over.

“Immediate surgery might be necessary,” the doctor said. “I’ve almost never seen this kind of injury in a child. It’s a complicated repair, and recovery can take a long time. She might not regain full athletic function.”

Kennedi was 13 years old. The day before, at a regional Junior Olympics qualifying event, she’d misjudged her long jump landing and ended up sprawled in the sand pit, screaming in pain.

This was not supposed to happen. Sports weren’t just part of my family life. They were part of my prayer life. Athletic accomplishment was God’s gift to my family. Part of our story. The story was supposed to end at the Olympics. Not in the operating room.

The doctor kept talking, but I had a hard time following the words. Why, God? How could you do this to my child?

I didn’t set out to become a track mom. Kenny and I weren’t thinking Olympics when we signed the girls up for track. We knew they were fast, but we had an open mind.

Still, I couldn’t help noticing at the first practice that Kennedi was especially good at sprints and the long jump. By the time the season ended, I was crushed when she didn’t qualify for the regional Junior Olympics. She was only six years old.

The next year, she qualified and made it into the national finals. I began to think we might have a future track star on our hands. 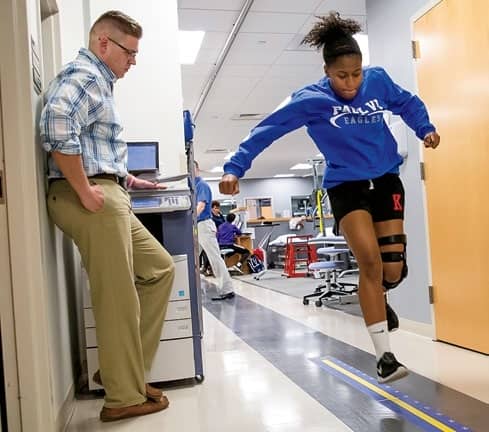