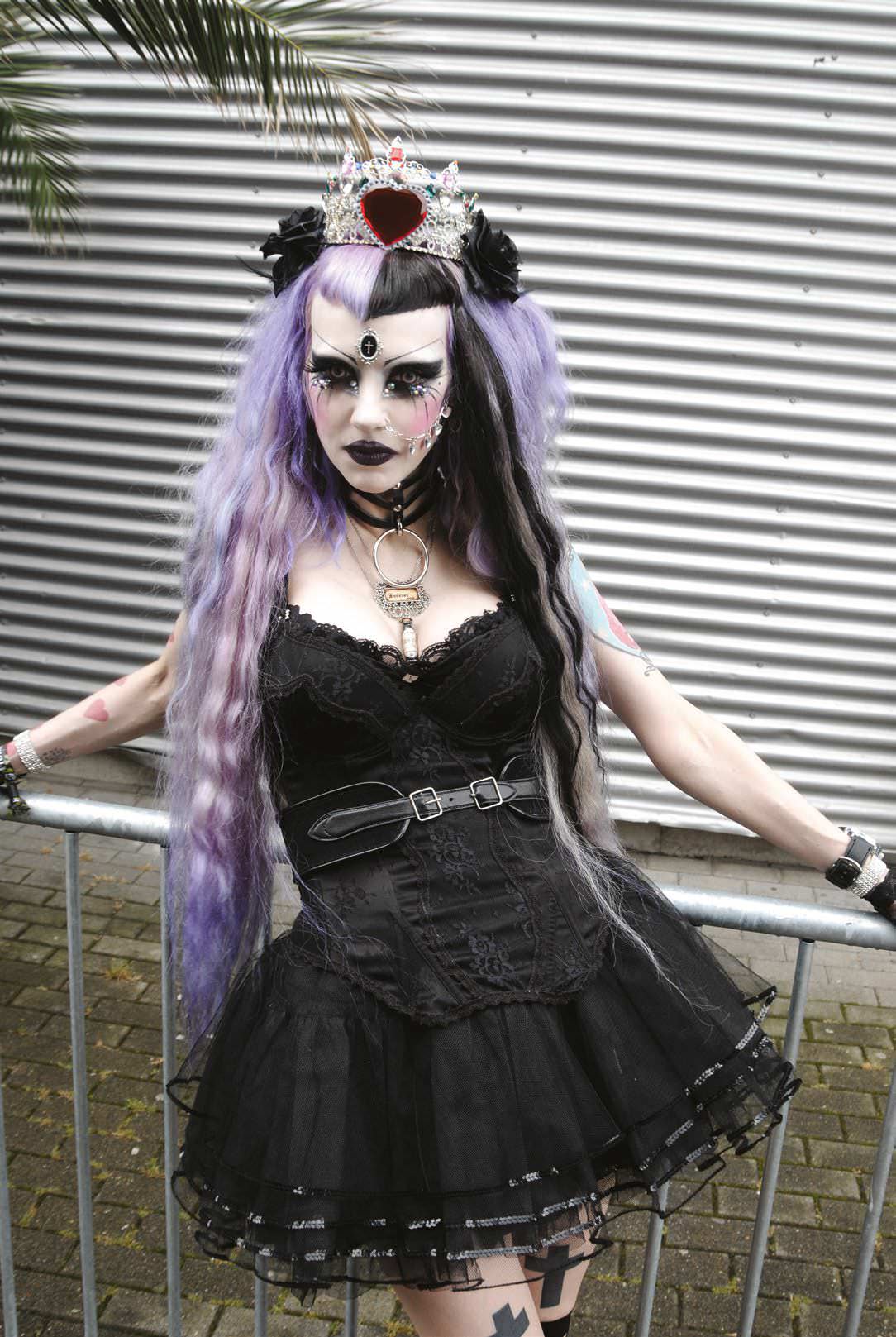 Adora Batbrat is a gothic princess with attitude.

A hugely positive attitude. She also has a YouTube channel with over 93,000 subscribers and more than four times that number of fans on Facebook. Goths have long had a reputation for being active online, using forums like Goth.net to stay in touch and discuss music, and other dark matters, for the best part of twenty years. Likewise Adora is a big social media fan, and films new episodes of her YouTube TV show whenever she can, but she is also a huge fan of real life interaction. As her website says “If you ever happen to see her in real life – make sure to give her a hug. She loves that.”

Her YouTube channel, a combination of make-up and style tutorials and her own ‘Adora Batbrat show’, began as her husband’s idea. “I started a MySpace first, but it quickly got out of hand with all the friend requests and constant questions about me and my style. So my husband suggested I should be on YouTube (and later he encouraged me to start a blog) to let people get to know my personality as he knew me. The first ever video is posted on his account still. It was posted May 27 nine years ago, so I’ll post it on my account May 27 this year to celebrate a little.”

Why share her make-up tips specifically? “I started doing make-up videos, mainly because I was appalled by the low quality I found there. People doing ‘tutorials’ in dirty bathroom mirrors, with un-sharpened pencils and with no skills whatsoever, so I needed to step in. But since then YouTube has really changed, and I’m now the un-skilled one!” She also confesses that her gothic make-up tutorials had an ulterior motive - “I also had a secret master plan to spread synth music to the world!”