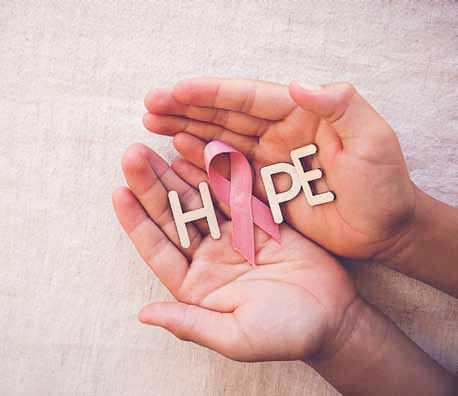 Dubai-based chef Robbie Stokes understands the impact of breast cancer more than most. His youngest child Ethan was just three weeks old when his wife Claire was first diagnosed with breast cancer in 2011, and despite undergoing chemotherapy, a year later the family was given the news the cancer had returned. In 2015, just one month short of her 40th birthday, Claire died.

By that time, Robbie, a former Burj Al Arab chef who now heads up the culinary offering at IMG Worlds of Adventure, had created The Pink Brigade, a movement designed to raise both awareness and funds for breast cancer sufferers across the emirates. Now in its fourth year, the initiative sells pink-themed kitchen wear, with more than Dhs200,000 raised so far for The Pink Caravan through the sale of its personalised chef jackets, aprons and pink headscarves.

“it’s now been two-and-a-half years since Claire sadly died from having secondary breast cancer and it has been very hard for us as a young family living without her,” Robbie explains. “The Pink Brigade was created to show women across the UAE and beyond, that our industry cares about them and wants to help in any way that we can.

MORE STORIES FROM GOODView All