How To Get Pregnant 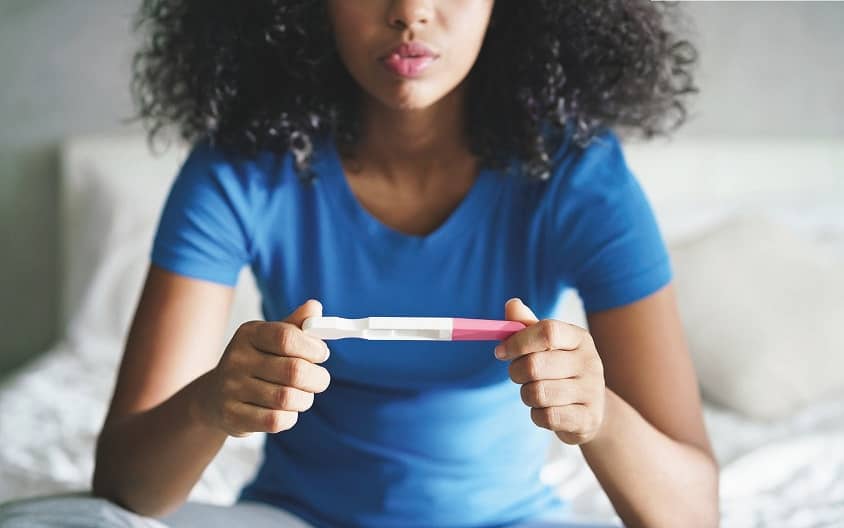 Type these four words into Google and you’ll be confronted with more than 600-million results on topics ranging from soya to stress and toxins to tracking. One thing is certain: having a baby is an information minefield, so Cyan Turan spoke to doctors, therapists and dietitians to sort the facts from the fiction. If you’re trying, or want to start, here’s what the experts say...

‘As a society, we don’t take stress seriously, but it has huge physical effects on our bodies and hormone levels. As a GP, I have seen stress lie behind so many cases of infertility. The stress response involves several hormones – such as cortisol and adrenaline – and if they’re constantly elevated, the body won’t feel safe, or ready to support a pregnancy.

We’re exposed to what I call micro-stress doses every day. In isolation they’re manageable, but as they accumulate we get increasingly closer to our personal stress thresholds. In a typical day, you might wake after a late night to a 6.30 am alarm, jolting you out of a deep sleep – the first micro-stress dose of the day. Then, you might pick up your phone and see work e-mails (number two) and a nasty social-media post (number three).... Many of us experience 15 micro-stresses before we’ve left the house, meaning it takes less stresses in the day to tip us over our stress threshold. Getting to know your individual threshold starts with becoming aware of how your body feels physically. You’ll also know you’ve reached yours when little things – a simple e-mail from a colleague or something your partner says – start to bother you. Stress can’t be detected by a blood test, so I’ll read between the lines to figure out what’s going on in a patient’s life. When I believe stress is contributing to a patient’s infertility, I try to help reduce it. An example I see commonly is overexercised. One patient was 33, had a high-powered job and got up at 6 am every day to hit the gym. She’d spent two years trying to get pregnant with no luck. I asked her to go to the gym twice a week instead, and within two months she was pregnant. I can’t be 100% certain that exercising less caused her pregnancy, but I see cases like this repeatedly. There are a few things women can do to stay away from their stress threshold. Try starting a five-minute morning routine: spend one minute doing the three-four-five breath (breathe in for three, hold for four, then out for five) – when you breathe out for longer than you breathe in, you activate your body’s relaxation response – followed by two minutes of yoga stretches, and finish with two minutes of journalling, writing down the three most important things to achieve that day. At work, when you get an e-mail you don’t like, do one minute of three-four-five breathing before responding. As you accumulate micro-stress doses during the morning, you’ll get closer to your threshold, so have a tech-free lunch break. When you stop focusing on your phone, a creative, problem-solving part of your brain goes into overdrive. Finally, get a daily dose of nature: natural settings contain geometrical shapes called fractals, and just looking at them is shown to reduce cortisol levels.’

‘Researchers from Harvard Medical School in the US have concluded that some foods previously considered fertility boosters actually have no effect on your chances of conception. Their study gives an up-to-date picture of the dietary patterns that benefit conception. For women trying to conceive naturally, several nutrients were linked with positive effects.

Folic acid – the B vitamin known to protect against neural tube defects – was associated with numerous markers of fertility and a lower risk of miscarriage at the recommended dose (the minimum daily dose is 400mcg). Higher intakes of omega-3 fats and diets focusing on seafood, poultry, wholegrains, fruits, vegetables and olive oil were also linked with better fertility in women, as well as better semen quality in men. But despite promising effects in animals, the authors found no evidence that taking antioxidants or vitamin D supplements aids conception, providing you’re not deficient.

‘As for ditching dairy and swerving soya in a bid to make a baby, the largest study to date found no relationship between total dairy intake and risk of infertility, and human studies have failed to find evidence that soya products harm fertility in women. In fact, in couples undergoing IVF, soya could actually be helpful, according to a separate Harvard study. Perhaps the most surprising thing to come out of the large-scale Harvard review was that alcohol and caffeine – probably the first things you’d ditch if you started trying today – were found to be less impactful than previously thought. While there are still concerns about the effects of alcohol and caffeine during pregnancy, whether they affect your ability to conceive remains to be seen.