The Awesome Orbit Of Dev Hynes 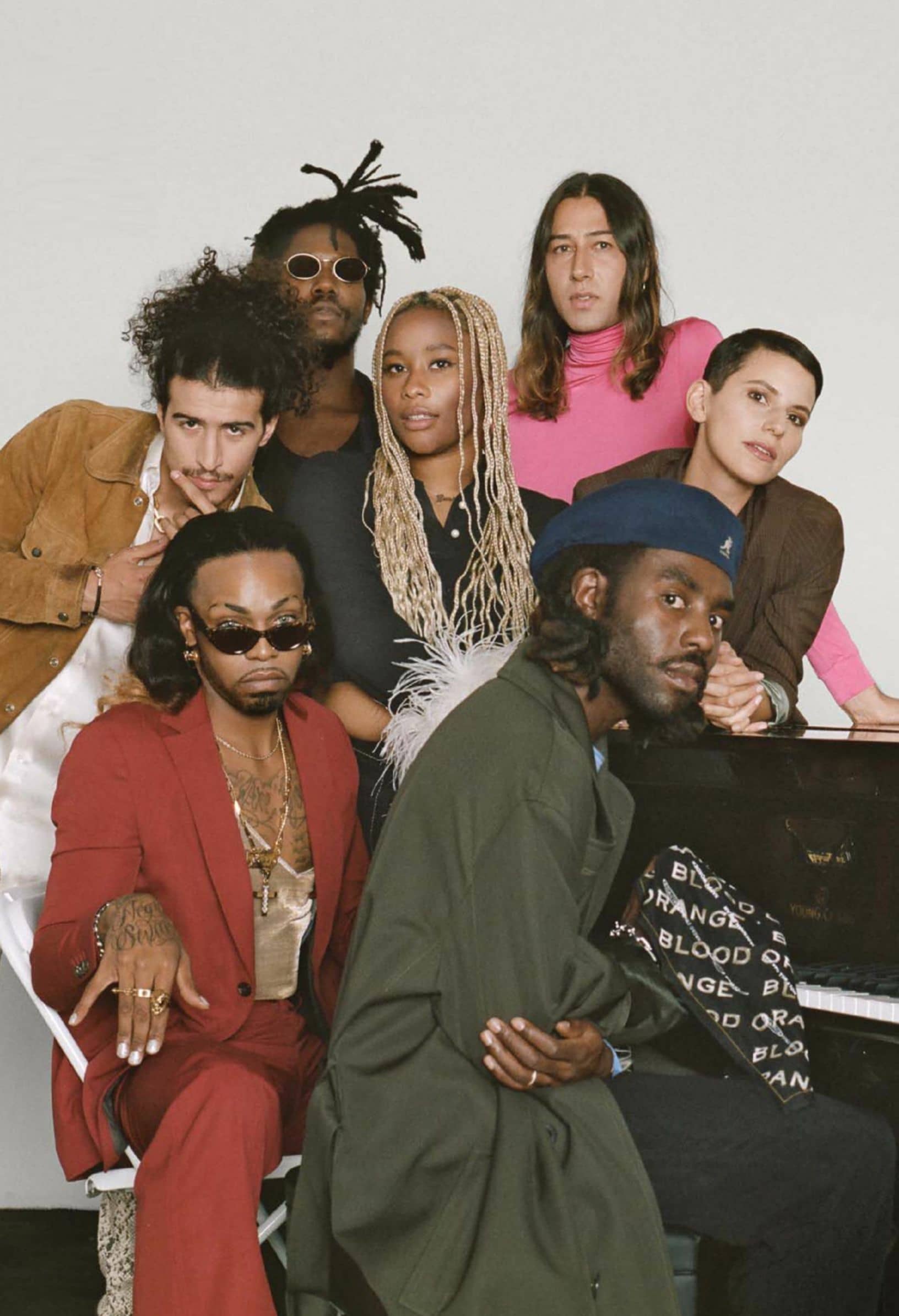 The Blood Orange maestro makes intensely personal music—but not without a little help from his friends.

Alex Frank
DEVONTÉ HYNES IS perched at a babygrand piano in a Manhattan photo studio, a Kangol hat over his dreads like a crown, his dad-style Salomon sneakers pushing softly on the instrument’s pedals. The space is crowded with friends and associates, all contributors on Negro Swan, Hynes’s latest album under his music moniker, Blood Orange. His face focused and stern, he summons delicate melodies from Philip Glass, Claude Debussy, and Frédéric Chopin (Prelude in C Minor) as if there isn’t another person on earth but him. “I can make music anywhere,” he’ll tell me later. “I’m just in it. Nobody else is there.”

Hynes, who goes by Dev, makes art out of aloneness, but his life is also a triumph of collaboration. In New York he often seems like the most popular kid in town—the mutual friend among the city’s art, fashion, and music worlds. And Negro Swan is stuffed with about 30 guest appearances, including but not limited to Sean “Diddy” Combs, A$AP Rocky, and the trans activist and writer Janet Mock. The six on set today include Austin Williamson and Isaiah Barr of the jazz troupe Onyx Collective; the singers Eva Tolkin, Ian Isiah, and Zuri Marley (granddaughter of Bob Marley); and Hynes’s longtime collaborator Adam Bainbridge, better known as Kindness. They’re dressed like they stepped out of a Benetton ad from the ’90s. The vibe in the room is ebullient, but there’s a sense of solitude, even sadness, on Negro Swan, in the plaintive jazz tones and in songs about the pernicious experience of being an outsider, which he has felt since childhood. “It’s about acknowledging where I am and looking back. I’ve always been someone who lives in his head,” he says with a sphinx-like smile. “I call Negro Swan group music made in isolation.”