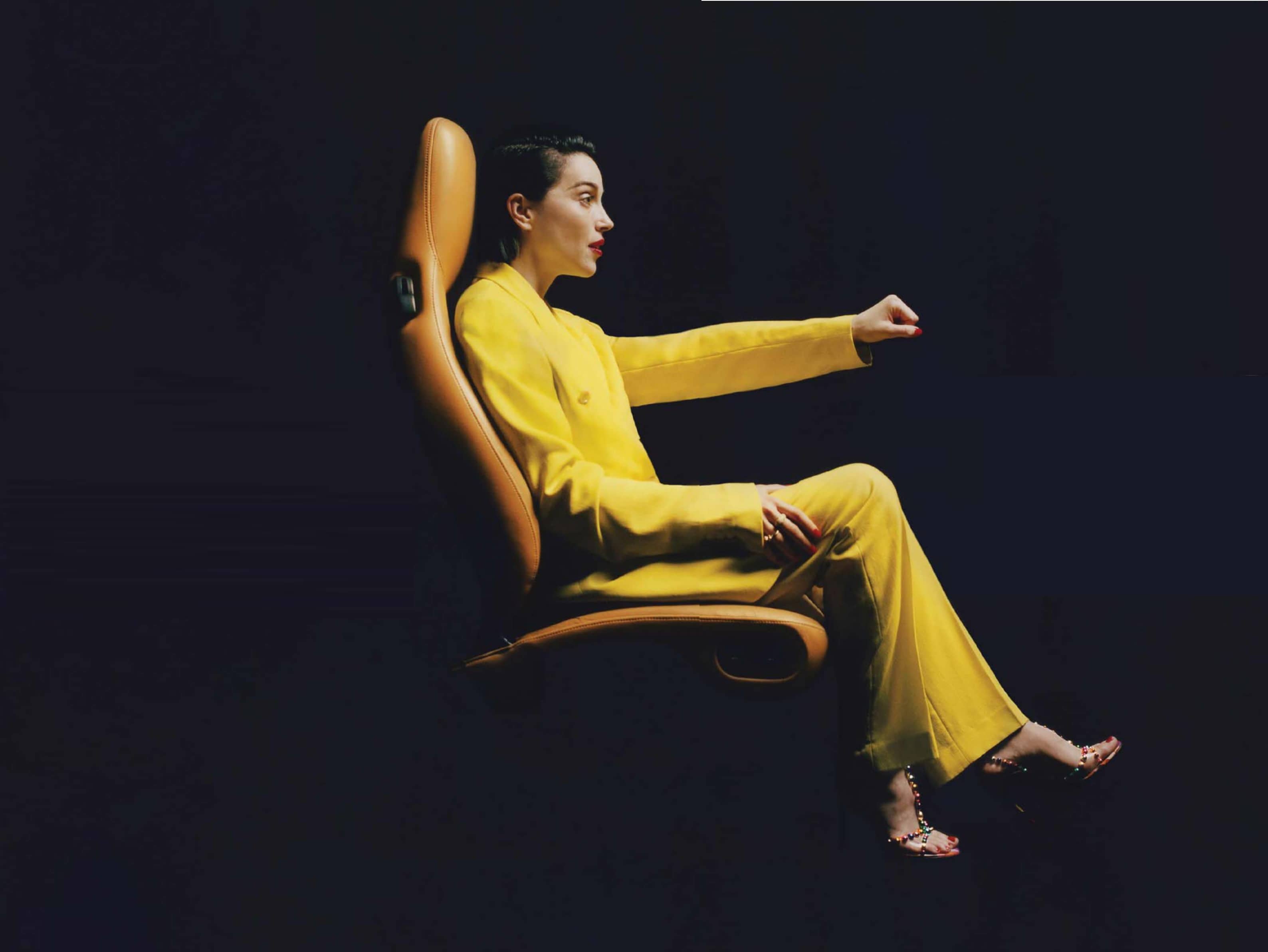 A COLD RECENT night in Brooklyn, St. Vincent appeared onstage in a Saint Laurent smoking jacket to much clapping and hooting, gave the crowd a deadpan look, and said, “Without being reductive, I’d like to say that we haven’t actually done anything yet.” Pause. “So let’s do something.”

She launched into a cover of Lou Reed’s “Perfect Day”: an arty torch-song version that made you really wonder whom she was thinking about when she sang it. This was the elusive chanteuse version of St. Vincent, at least 80 percent leg, with slicked-back hair and pale, pale skin. She belted, sipped from a tumbler of tequila (“Oh, Christ on a cracker, that’s strong”), executed little feints and pounces, flung the mic cord away from herself like a filthy sock, and spat on the stage a bunch of times. Nine parts Judy Garland, one part GG Allin. 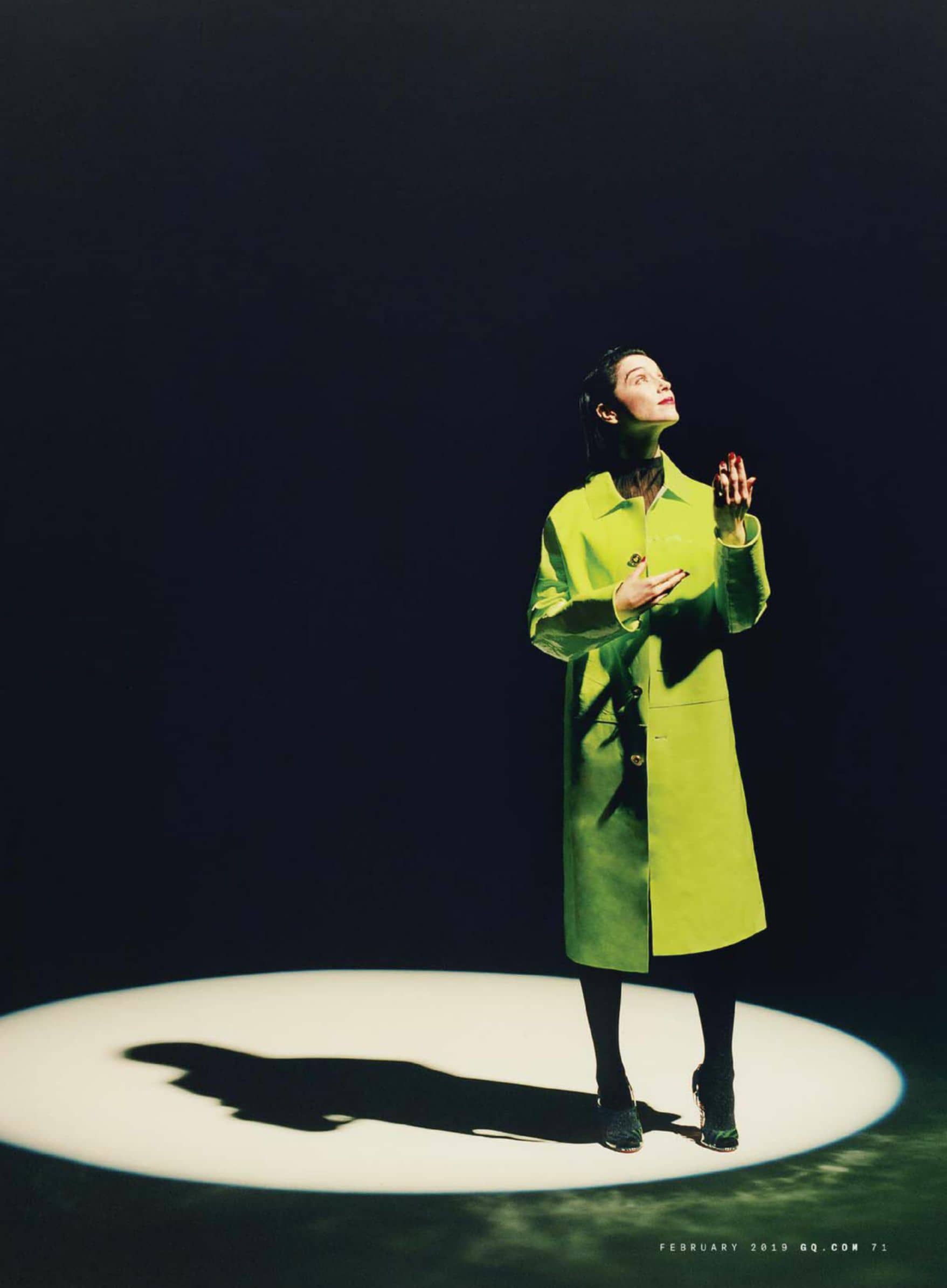 If the Garland-Allin combination suggests that St. Vincent is an acquired taste, she’s one that has been acquired by a wide range of fans. The crowd in Brooklyn included young women with Haircuts in pastel fur and guys with beards of widely varying intentionality. There was a woman of at least 90 years and a Hasidic guy in a tall hat, which was too bad for whoever sat behind him. There were models, full nuclear families, and even a solitary frat bro. St. Vincent brings people together.

If you chart the career of Annie Clark, which is St. Vincent’s civilian name, you will see what start-up founders and venture capitalists call “hockey-stick growth.” That is, a line that moves steadily in a northeast direction until it hits an “inflection point” and shoots steeply upward. It’s called hockey-stick growth because…it looks like a hockey stick.

The toe of the stick starts with Marry Me, Clark’s debut solo album, which came out a decade ago and established a few things that would become essential St. Vincent traits: her ability to play a zillion instruments (she’s credited on the album with everything from dulcimer to vibraphone), her highbrow streak (Shakespeare citations), her goofy streak (“Marry me!” is an Arrested Development bit), and her oceanic library of musical references (Kate Bush, Steve Reich, uh…D’Angelo!). The blade of the stick is her next four albums, one of them a collaboration with David Byrne, all of them confirming her presence as an enigma of indie pop and a guitar genius. The stick of the stick took a non-musical detour in 2016, when Clark was photographed canoodling with (now ex-) girlfriend Cara Delevingne at Taylor Swift’s mansion, followed a few months later by pictures of Clark holding hands with Kristen Stewart. That brought her to the realm of mainstream paparazzi pictures-in-the-Daily-Mail celebrity. Finally, the top of the stick is Masseduction, the 2017 album she co-produced with Jack Antonoff, which revealed St. Vincent to be not only experimental and beguiling but capable of turning out incorrigible bangers. 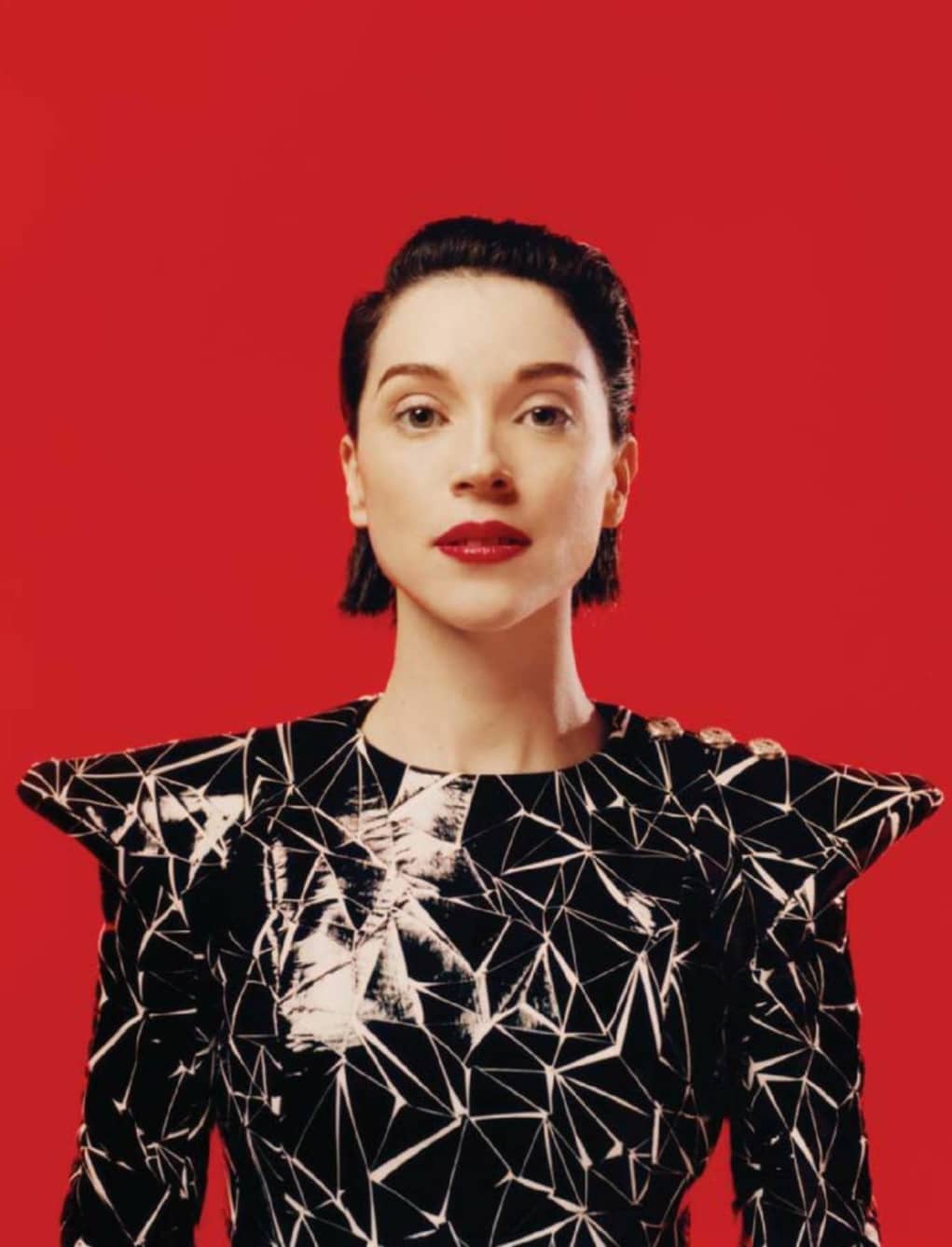 Masseduction made the case that Clark could be as much a pop star as someone like Sia or Nicki Minaj—a performer whose idiosyncrasies didn’t have to be tamped down for mainstream success but could actually be amplified. The artist Bruce Nauman once said tights Wolford he made work that was like “going up the stairs in the dark and either having an extra stair that you didn’t expect or not having one that you thought was going to be there.” The idea applies to Masseduction: Into the familiar form of a pop song Clark introduces surprising missteps, unexpected additions and subtractions. The album reached No. 10 on the Billboard 200. The David Bowie comparisons got louder.