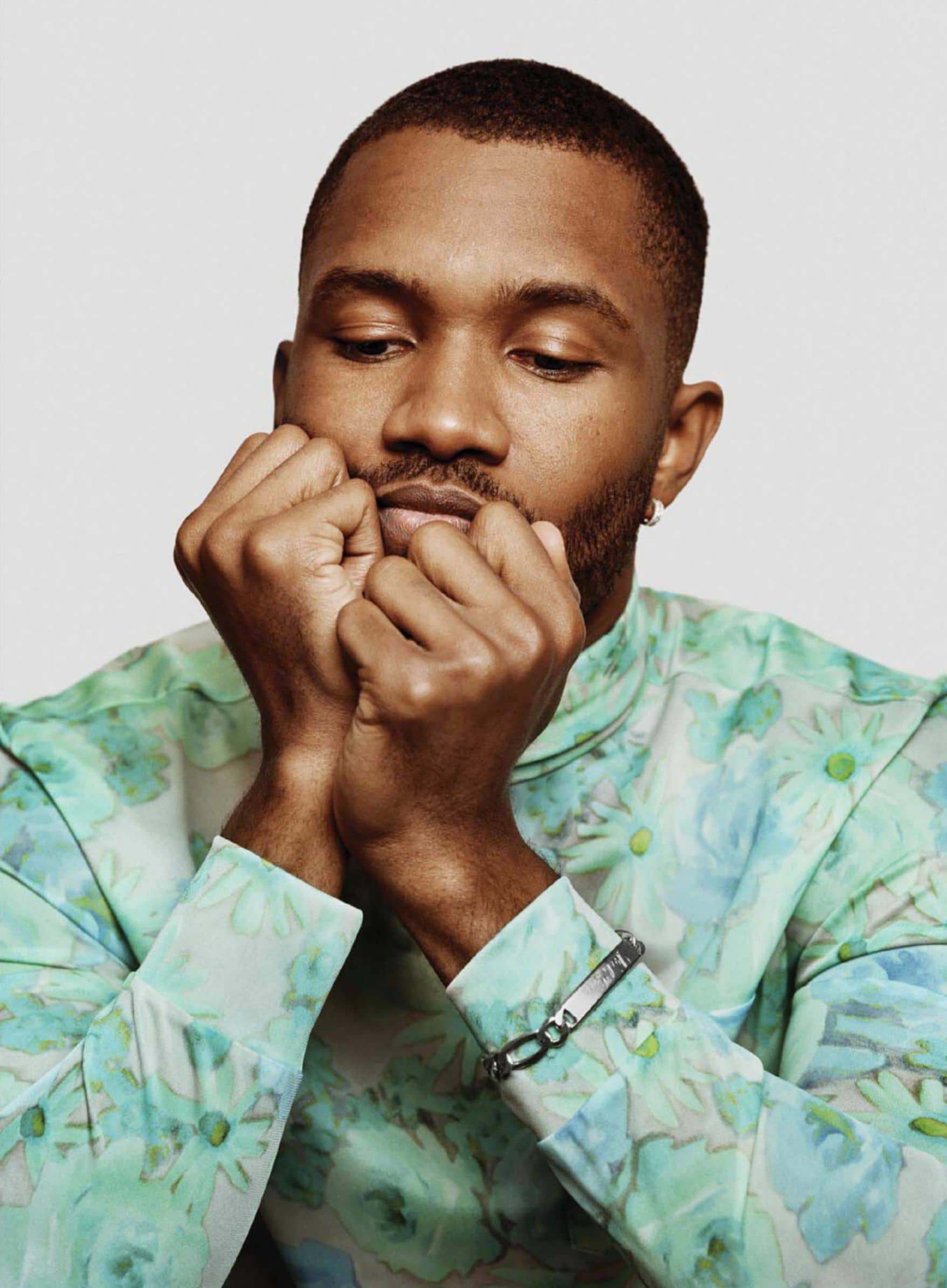 A rare interview with one of the most powerful voices in popular music: Frank Ocean.

IN _ EARLY DECEMBER, FRANK OCEAN GOT ON AN INTERCONTINENTAL CALL . . . with Vegyn and Emmett Cruddas, the co-hosts of his Apple Music show, Blonded Radio. The three discussed Ocean’s evolving approach to music, his recent relocation to New York City, his pop-up activism in the 2018 midterms (he made T-shirts to reward people in swing districts who could prove they voted), and his fashion plans for 2019. What follows is a snapshot of the mind of an artist as the world eagerly awaits the arrival of his next big project.

EMMETT CRUDDAS: I wanted to start off by asking you about the gesture of making your Instagram public. I know you don’t do a lot of interviews, but how do you feel about having the opportunity to say what you want to say when you want to say it without being mediated like that?

FRANK OCEAN: I feel like there was dissonance between how I was seen by the audience and where I was actually, so that contributed to the decision to make my Instagram public, for sure. But there’s also the idea of dialogue and discourse and conversation—like theater where the audience can interrupt you versus the television.

VEGYN: With that in mind, do you think there’s any misconceptions people might have about you that you’re trying to confront?

OCEAN: I feel like between the numbers of zero to ten, in between every number there’s infinity, you know? I would describe a person as the space between the symbols, beyond the language. That dissonance—the word being a big container for what I was feeling…the way I was seen was not even close to correct. It’s still not correct, either.

With some pop stars, the idea of them is maybe more balanced or fully formed: a half-dozen magazine covers, x amount of interviews, a daily influx of media. There’s a way you wanna be in the visual press, although you could potentially be misrepresented; when you’re completely minimal with media, there’s a lot of pressure on whatever one thing you’re doing, the stakes are higher. Social media helps that, ’cause you’re fully in control and can message that how you want.

CRUDDAS: With regards to reflecting and putting out a more rich tapestry of self-representation, I’m interested in how you use cover songs as part of your repertoire. “Moon River” was the one release this year, and they’ve always figured as part of your work, going way back to the Coldplay song [“Strawberry Swing”]. What’s your method for interacting with a song people may already have an idea of— with other people’s music?

OCEAN: Nowadays, I have to live with the song for a bit and I have to see if it’s worthwhile to interpret it first. To see what I can do with it, where I can insert my voice. In the past, I would just like a song and I wouldn’t think about it as seriously as when I do “Close to You” or “Moon River” or “At Your Best…” It’s much more deliberate than when I was just focused on the rap mixtape approach of taking a beat or flow, swapping the lyrics and performing it. The performance almost being the stream-of-consciousness, in-the-moment thing, whereas now I would much prefer having the song be with me for more time before I have to record it.

VEGYN: Are these records you keep coming back to?

OCEAN: Certainly for [Aaliyah’s] “At Your Best…,” I was at a party and it came on, and I had to sing it. And I didn’t connect it to ATL, with T.I. and Lauren London. I watched that movie a lot for some reason when I was 18 and first moved to L.A. I think because it reminded me of home, and that song played when T.I. had the El Camino and first kissed New New, but I didn’t connect it when I was at that party years later that it was something from nostalgia. I started living with it, thinking about how I could do it justice.