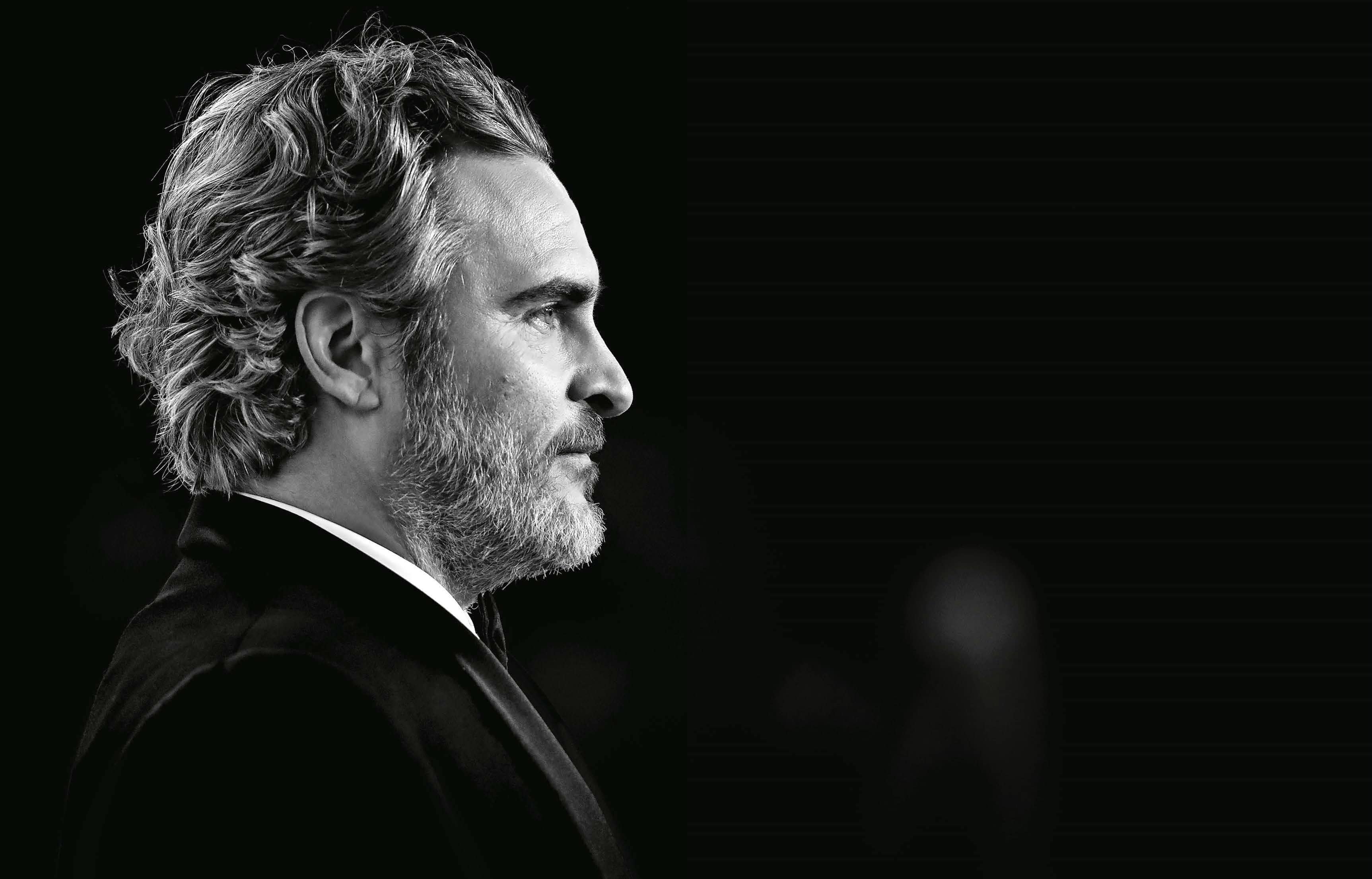 After a career of close misses, it was his disturbing performance in subversive supervillain study Joker that earned Joaquin Phoenix a shelf full of gold from an industry he once tried to alienate. Here, in search of an actor who leans on fear, refuses to rehearse and holds tragedy close, we look past that bear-trap smile to the man writing Hollywood’s most enigmatic story

On stage, at the Oscars in February in LA, Joaquin Phoenix quietens the crowd as if embarrassed about the fuss. He’s not a natural public speaker, but at least this is the final leg, the finish line in sight. Winning at the BAFTAs in London earlier in the month, he used the opportunity to call out an all-white acting shortlist by critiquing the industry’s – “systemic racism”. Winning at the Golden Globes the month before, he highlighted the Australian wildfires and the need to take responsibility rather than just send well wishes. (“We don’t have to take private jets to Palm Springs for the awards.”)

It’s hardly his first time here. He was first nominated in 2001, for Gladiator, and he remembers how surreal and nerve-wracking it was. He kept popping out for cigarettes – a habit he took up in his teens and one that his nervousness has never quite let him quit – and got hassled by various security guards as a result. But here, now, this time, Joaquin Phoenix – a vegan since early childhood – starts to talk about the subject closest to his heart. His voice constantly on the edge of breaking, he says we have become disconnected from the natural world, that our egocentric world view means we feel it’s OK to artificially inseminate a cow and steal her baby, then take her milk for our coffee and cereal. He chases each word as if each one might escape his grasp. All this is surprisingly moving, if not exactly unexpected. Finally, though, he changes tack and says something that no one saw coming.

“I have been a scoundrel all my life,” he says. “I’ve been selfish. I’ve been cruel at times, hard to work with, and I’m grateful that so many of you in this room have given me a second chance. And I think that’s when we’re at our best: When we support each other, not when we cancel each other out for past mistakes.”

Everyone knows the period he’s referring to. But it’s how he ends the speech that really surprises. He finishes with a quote from his brother, River, at which point he starts to cry. His voice wavers as he gulps the words his brother had once written: “‘Run to the rescue with love, and peace will follow.’” 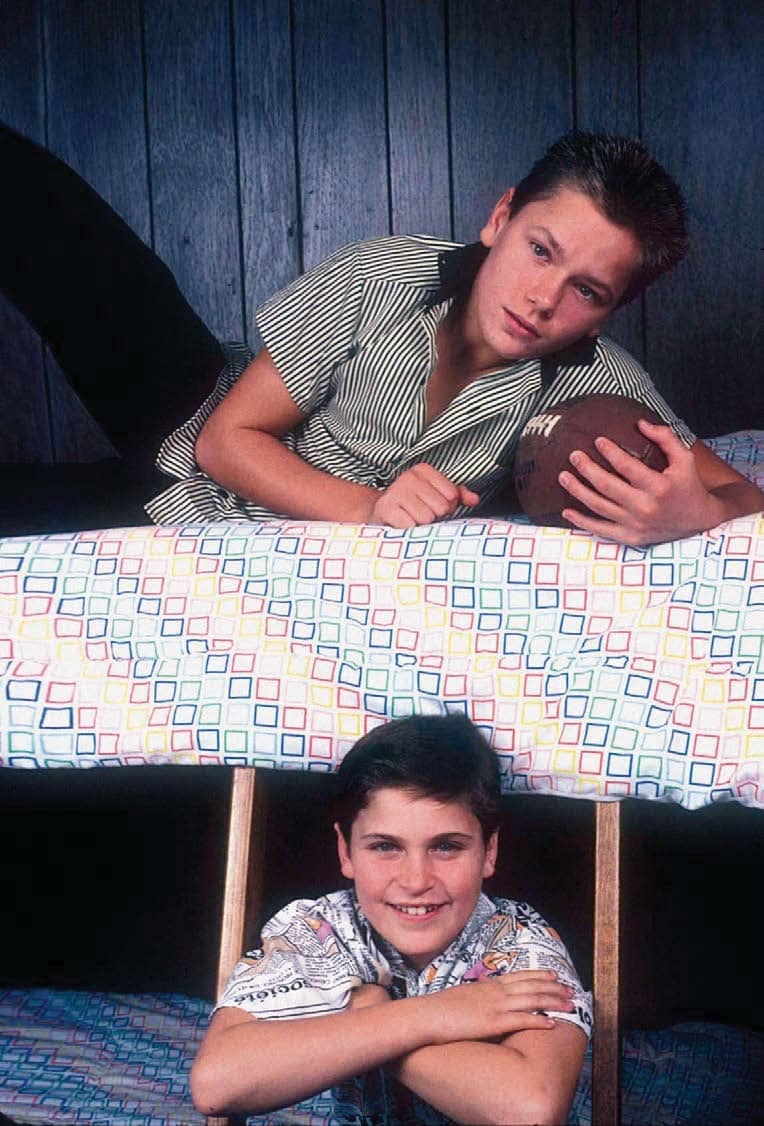 If you want to know what makes Phoenix special, you only need to look at his smile – but not in the way you might think.

If you saw him first, aged 20, in his breakout role as a denim-and-leather bad boy in To Die For – a part that sees him kill for Nicole Kidman’s weather woman and in which his opening line to the camera informs us that when he thinks of the weather he now has to jack off – what was most apparent isn’t even that line, but how it arrives. The words come sideways with a smile, but it’s a pained smile, a grimace taken for a ride, and so something was immediately up. Was his character... The first 1990s bad boy with ennui? Sort of, but it soon became clear it was something more complex: What Phoenix brings to life more than any actor alive is anxiety.

It’s there even more clearly in Gladiator, the role that really launched him. Looking back, it isn’t exactly a deep part – he’s the bad guy, who’s bad – yet Phoenix brings something not on the page. Not simple villainy and not simply fear, but the nagging anxiety of never matching those before you that causes weak men to do terrible things. Look again at its most famous scene, in which Russell Crowe’s Gladiator removes his mask to reveal his true identity. What makes it powerful is the moment just before: When Crowe turns his back. “How dare you show your back to me,” barks Phoenix and, for a second, in his hurt quiver, you feel his hurt too.

Think of him in Walk The Line, the biopic about the life of Johnny Cash, which is, at its essence, about the anxiety of performance, the irony that performance is both the cause of and release from that anxiety, and the ultimate cost of it as he descends into a crippling addiction to drugs and alcohol. Picture his face when the curtain comes down in his first major show: Not just shock, but almost incomprehension that anyone could ever cope with this.

It’s there in Signs, in which every Phoenix smile is a frown that hasn’t been released yet. Picture as his elder brother, played by Mel Gibson, returns home and finds him on the sofa with his nephew and niece, tinfoil hats on heads. I’m not saying it isn’t a little on the nose. Or his first appearance in The Village, jitterily clasping a piece of paper before addressing the village elders. Or his fidgety side-eyed porn jockey in 8mm. Or in Ladder 49, a smile that is forever dropping under the weight of the rest of his face, beset by eyes that restlessly shift but never find their target.

Anxiety is a complex emotion, neither quite fear nor quite dread, those binary states better suited for actors of lesser talent. But it is an almost-state of both: a disquiet, an unease. But if there’s any film that sums up Phoenix as cinema’s great anxiety artist, it can only be 2012’s The Master. Phoenix has never been afraid to either let it all hang out (witness the substantial guts he grew for everything from Irrational Man to hitman indie You Were Never Really Here), but in The Master, as he would later be in Joker, he’s gaunt and gnarled, his crooked stance – hands on hips, elbows out so wide he’s like a tightrope walker trying to keep balance – showing a man at an odd angle to the world.

He plays Freddie Quell, a hopeless sex addict and alcoholic – all he wants is release from himself. (“You just can’t take this life straight, can you?” says Amy Adams to him in the film’s penultimate scene, giving as close as the director, Paul Thomas Anderson, will allow to a denouement.)

Quell’s smile in The Master is almost always a bear trap. Even before he meets Philip Seymour Hoffman’s “Master”, when an army psychiatrist is assessing him at the film’s start, he treats every question (“Now, what’s this about a crying episode?”) like it’s a test on his own life that he hasn’t studied for. But watch his face and you see something deeper: A smile creeps across each time and, just as quickly, it disappears, as if the smile itself were a mistake. The retraction says: What are the rules to this world again?