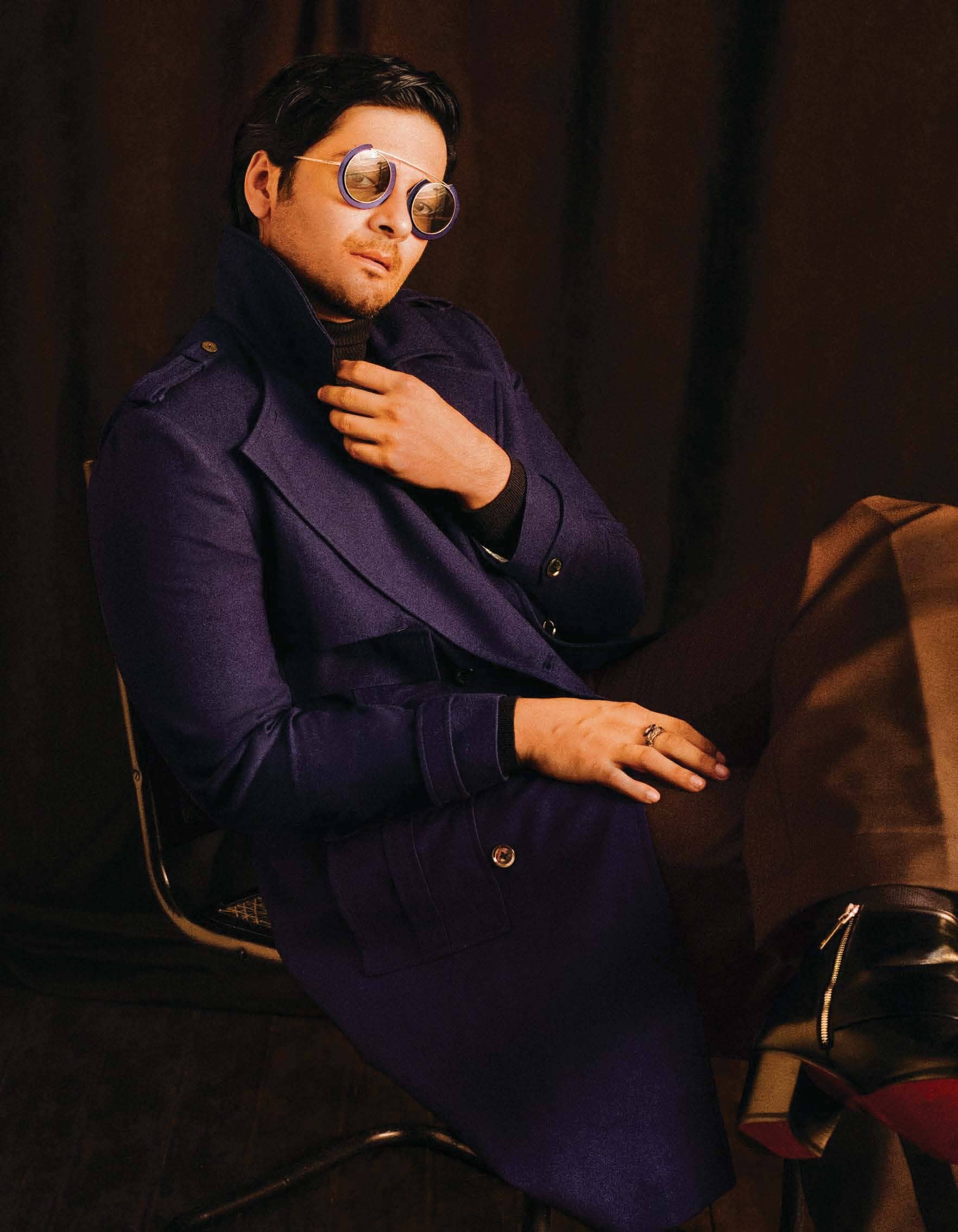 From starring in Kenneth Branagh’s Death On The Nile this month, alongside a sublime cast, to bagging the lead role in the prestige project Codename: Johnny Walker, Ali Fazal is officially Hollywood’s favourite Indian actor. But the Lucknow-bred, Doon-educated artist remains deeply connected to his roots, with the hotly anticipated second season of Mirzapur - in which he plays the lead - ticking ominously around the corner

If you scroll deep down Ali Fazal’s Instagram page, a place saturated with selfies and strange dramatic monologues for captions, you’ll find this sweet photo of him, his partner Richa Chadha and three other actor friends huddled on a Goa beach. Fazal has just wrapped Kenneth Branagh’s Death On The Nile. He’s left London’s punishing cold behind, but kept the chevron moustache. Their faces are lit up by warm late-afternoon sunlight. It’s the first day of 2020.

His Mirzapur fans call for Guddu’s vengeance in comments; like they’ve done for over a year on everything he posts, ever since the web series broke through. Fazal will continue to be mildly amused, mostly perplexed by this. But there, sitting on that sheet embroidered with the words “I’m Marvelous”, with “some of the most gorgeous women, goddesses and travellers in my life,” he appears content. “Look up guys, hope lingers,” he wrote.

2020 had been building up to be a landmark year in Fazal’s life and career. Three years ago, with his performance opposite Dame Judi Dench in Stephen Frears’ critically praised Victoria & Abdul, his actorly capabilities came into relief in a manner they hadn’t done before. Then, in 2018, he proved he’s got range with his turn as the swole, hulkish Guddu in Mirzapur.

After nearly a decade of bit parts in ensemble casts and lead roles in underwhelming dramas – his comic timing and presence always noteworthy – Fazal was making smarter choices, and showcasing his capacity to lead. Not since the late Irrfan Khan has an Indian actor been able to stand in for the provincial and the intercontinental with such alacrity.

But then the universe had plans of its own. The pandemic interrupted his wedding prep and threw production and release schedules off-kilter. As Bollywood’s power hierarchies shuddered under the weight of the nepotism debate, and the untimely loss of some of the industry’s brightest actors, Fazal was also reckoning with the demise of his mother, lost to a long illness.

“I’ve been on autopilot ever since,” he says over a Zoom call one recent afternoon. He’s sitting in the study of his Bandra home, a bright Desigual tee stretched over his large frame; moustache gone, bedhead intact. To his right is a wall of books, featuring Chomsky, Freud, Nietzsche. Behind his left shoulder, a vintage Remington typewriter that he bought with his mother, sits under a spotlight.

He remembers an anecdote about his mother. “You know how growing up you’re told tales from Aesop’s Fables or Moby Dick?” he says. “The first bedtime story my mother told me involved an Italian mafia family living in New York. Years later, when I was watching a film called The Godfather, it felt like I’d heard the story before. When I asked her about it, she said she thought it was a cool story. She was a fan of Robert Duvall, but she introduced me to Marlon Brando. I was a bit obsessed with him growing up.”

“But anyway, I’ve got support from some unexpected places. Therapy helps; Richa has really been there.” Fazal has kept himself occupied, almost out of necessity. He has re-read Manufacturing Consent; been blown away by Charlie Kaufman’s I’m Thinking Of Ending Things; and watched The Social Dilemma. The last one moved him enough to shoot off a Hindi dubbing proposal to Netflix. 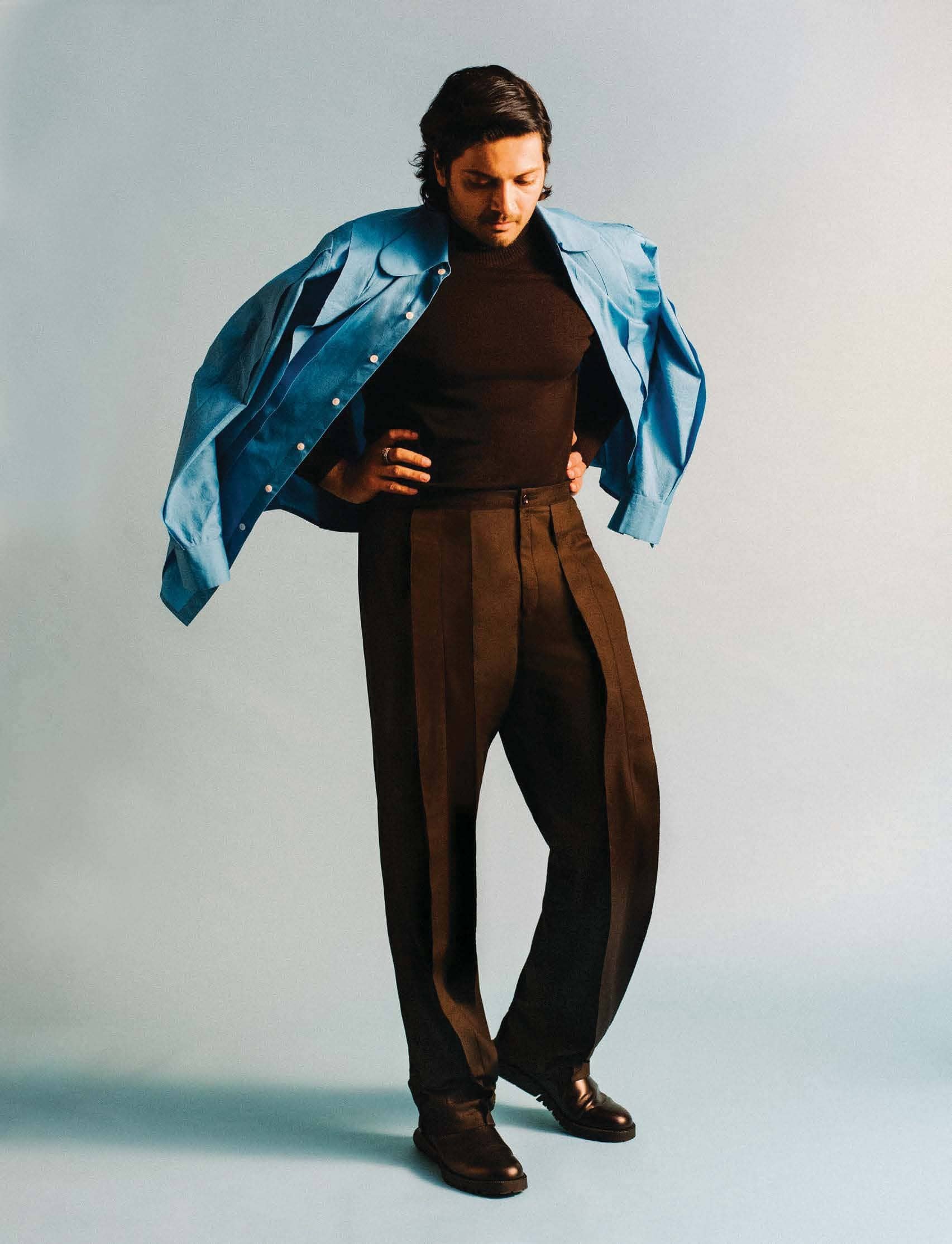