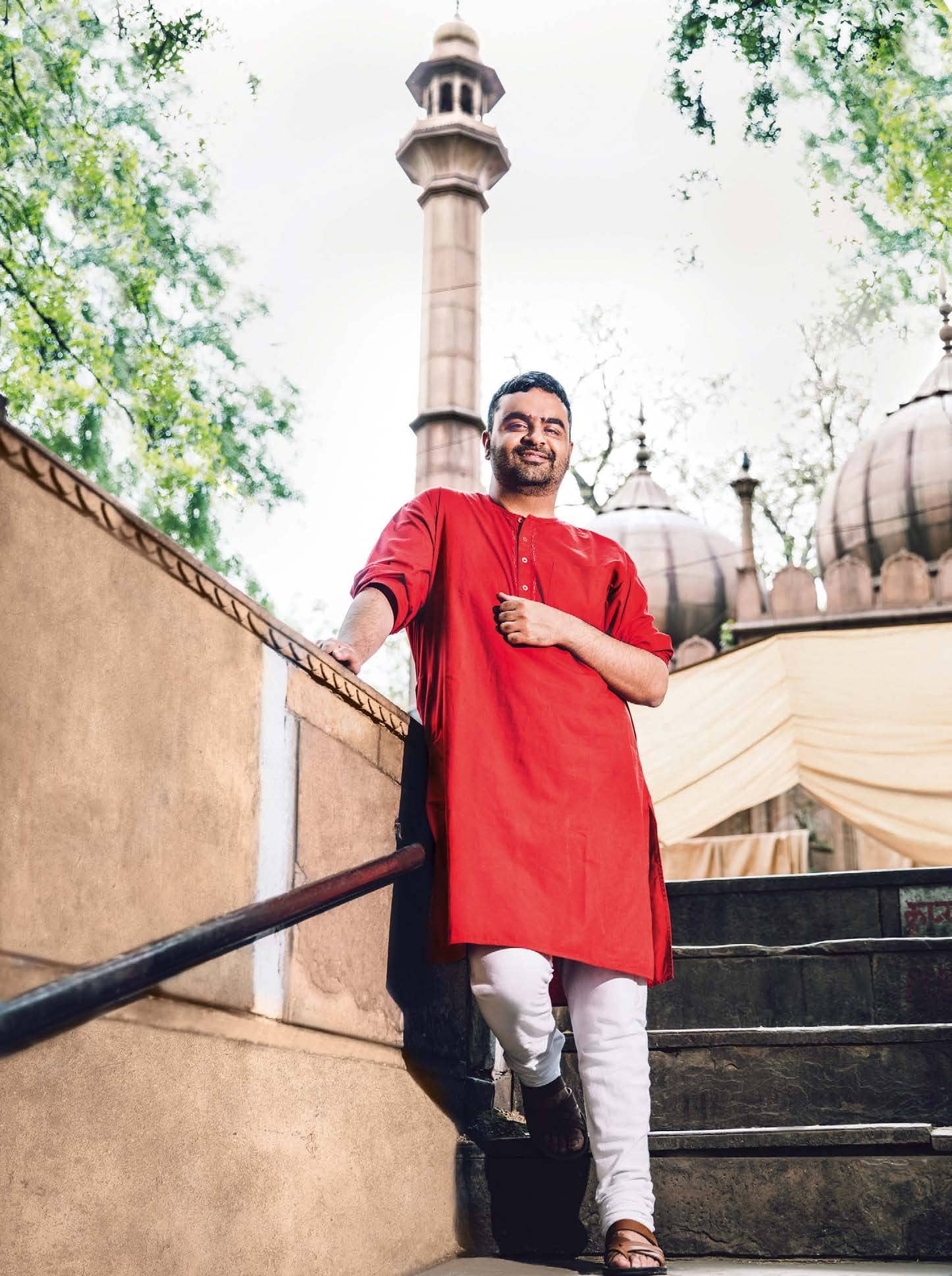 Playful, inventive and unafraid to tackle weighty themes with irony and precision, Delhi-based bilingual poet Akhil Katyal’s is the fresh new voice on the literary landscape that deserves your attention.

Behind the Clara Swain Hospital in Bareilly, there used to be an open field. In 1985, when Sunita Katyal gave birth to her second son, a circus had pitched its tents in the field. She tells him now, Akhil Katyal says with a laugh, that that probably explains a lot.

One of the bright new stars on the contemporary poetic landscape in India, Katyal is rare for both a playful turn of phrase and deft handling of themes weighty enough to sink a well-intentioned voice. He is also rare in being so fully bilingual that he is able to write and translate between Hindi and English, both ways, and in rhyme.

He owes this fluidity to a middle-class upbringing in the Hindi heartland. Bareilly, Pilibhit, Shahjahanpur, Dehradun, Lucknow – the Katyal family moved around Uttar Pradesh, wherever his civil engineer father was posted. Of the early years, he has only a handful of memories. A lychee orchard, attending nursery school at St Joseph’s Academy in Dehradun, having to go to speech correction classes. In his poem “Dehradun, 1990”, he writes about his inability to pronounce the letter “r”:

… At age 5, I used to say, “Aam ji ki jai,” “Aam ji ki jai,” – then a teacher taught me how to hold my tongue against the ceiling of my mouth and throw it out quivering, ‘Rrrr,’ ‘Rrrr,’ she wrenched it out of me, over many sessions, ‘Ram.’ Until then, I did not know God was so much effort…

Geography is prominent in Katyal’s work. His first poetry collection, How Many Countries Does The Indus Cross, crisscrosses the Subcontinent with poems about Kashmir, soldiers in Siachen, Dehradun, Pakistan, Wagah, as well as several poems about Delhi, where he went to college and where he now lives, teaching at Ambedkar University.

I notice that there aren’t any poems about Lucknow, where the family moved in 1991-92, and where he lived until it was time to go to college. The city, he admits, was not easy on him, although it is where his literary interest first took root..

He was enrolled at La Martinière College, a 174-year-old school that boasts battle honors: its students had fought in 1857, albeit against the Indian forces. The school, popularly known as La Marts, was much sought after. However, it was also where boys risked getting canned if they spoke any language other than English, except during their Hindi literature classes. “English,” Katyal says, “was seen as a language of felicity, of style. At home too, we would be told things like: ‘botal na bolo, bottle bolo’. My parents had a sense of pride that their sons spoke in English and went to La Marts. A sense of being better than others.”

Despite this, his teachers did manage to imbue him with a love of both languages. He remembers with particular affection his English, Hindi and Geography teachers, and a History teacher who often digressed from the syllabus to talk about language.

He also remembers the bullying and the struggle to recognize queerness. One of the school administrators especially fascinated him. “There was something ‘camp’ about him. The borders would call him names like ‘gandu’. Words like ‘gay’ would never be used.”

Then, in 1997, a teacher was murdered, allegedly by some former students. “It was rumored that this was a revenge killing. It could have been because a lot of the punishment he meted out was physical. Slaps, or making you a murga, or making you go up and down a lot of stairs. But there were also rumors that the teacher was gay, and perhaps he made a pass at a senior boy, or abused someone.”

Growing up queer in the 1990s meant not being acknowledged either by peers or by popular culture, except to be mocked. It meant watching TV shows where limp-wristed male characters were given a nudge-nudge treatment to indicate their true preferences, as he describes in his poem, “Dilruba: A Ghazal”.

In one episode they said he was born on 6:6:1966, such a “Chakka”, the whole room was like “Haw Dilruba!” The worst is I remember I found it funny, I laughed and yet felt a dread that took years to thaw, Dilruba.

The sense of dread came not only from the outside world but also at home. His grandfather, he recalls, had once told his mother, “Akhil ki chaal theek nahin hai” (There’s something wrong with Akhil’s gait). Meanwhile, at school, he was once addressed as “Dilruba”, as if it were a pejorative. “It was the sort of environment where boys would be told, ‘How can you wear a cap in front of a lady?’ Where boys who had crushes on male teachers would suddenly stop admitting to their love or admiration around the 8th grade. You had to start performing one kind of masculinity or the other. Boys who had been trying to mime Madhuri Dixit’s dance steps would start playing cricket.” 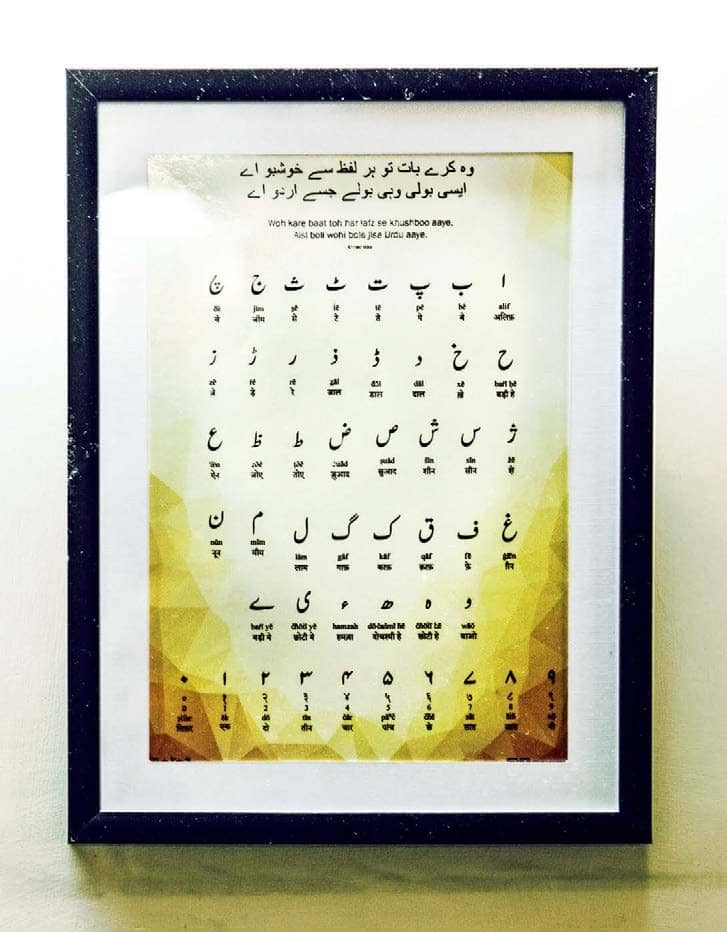