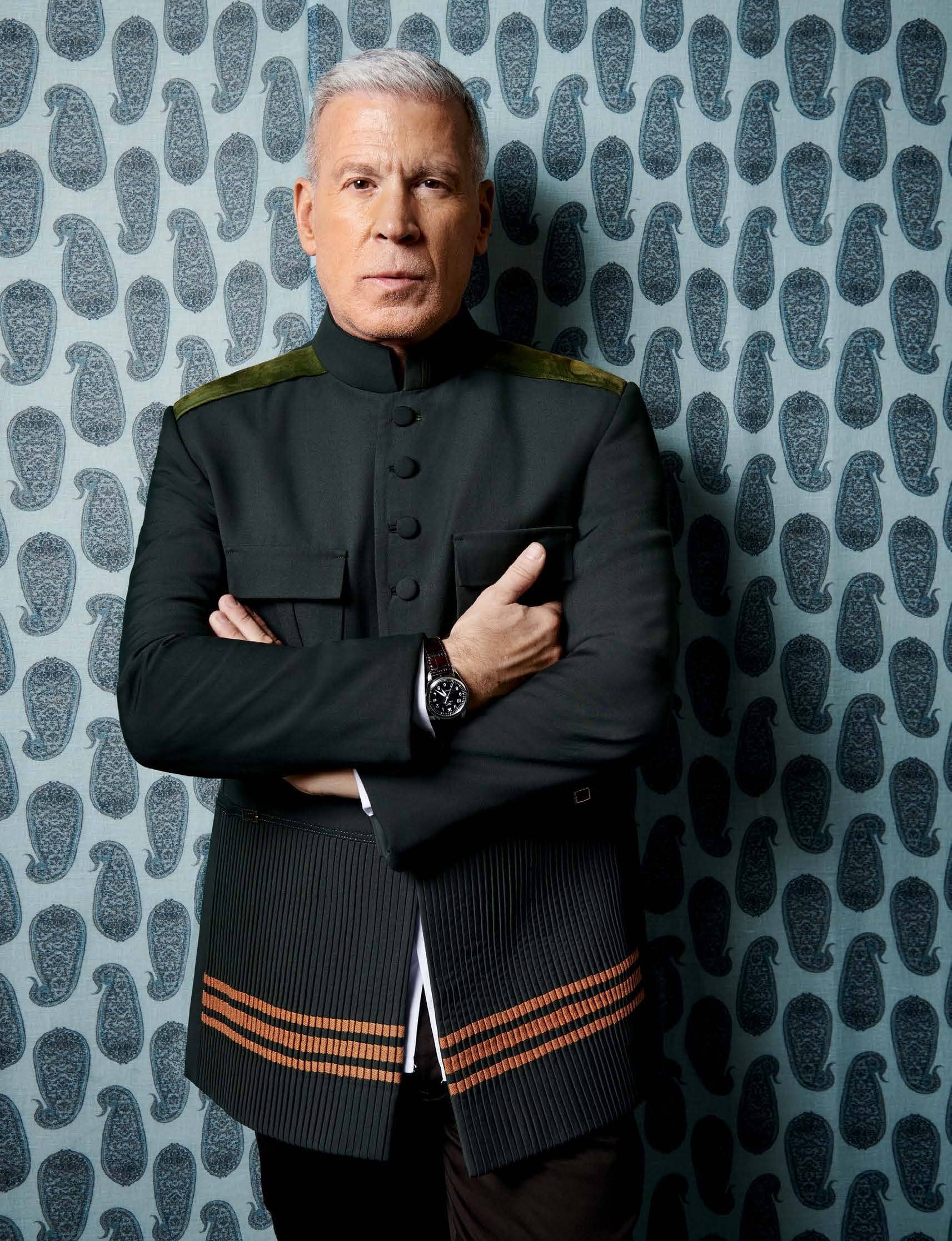 He’s an American menswear icon and street style god who at 59 shows up guys half his age just by being in the room. Maybe it’s his enviable wardrobe filled with a long list of Japanese designers. Maybe it’s his badass swagger, that had every influencer excited about his presence at the GQ Style & Culture Awards. Or maybe it’s his keen eye for relevant fashion that made him an iconoclast long before social media even hit the scene. Whichever way you look at it, there’s no denying Nick Wooster a place in the upper echelons of high fashion. His dynamic CV includes being an ex-buyer for Bergdorf Goodman and Barneys, and design director for Polo Ralph Lauren. He’s a favourite with editors and critics alike, a serial collaborator with the world’s leading fashion brands (he’s just finished a collection for Paul & Shark men’s and is on to designing a women’s line). So when he came to India to receive his crown for International Man, we thought: Why not dress him up in urban luxe Indianwear from the country’s top designers, for a fresh take on the most virile human being in America, touted as a one-man fashion army?

How would you define what you do?

So, I need an elevator pitch, because I can’t. But essentially, I’m a model; I’ve actually been on the cover of GQ twice. I’m not a designer but I have products bearing my name. I make money three ways: I consult with brands and stores, I design and put my name on products and I get paid for pictures on social media.

Does social media have a lifespan?