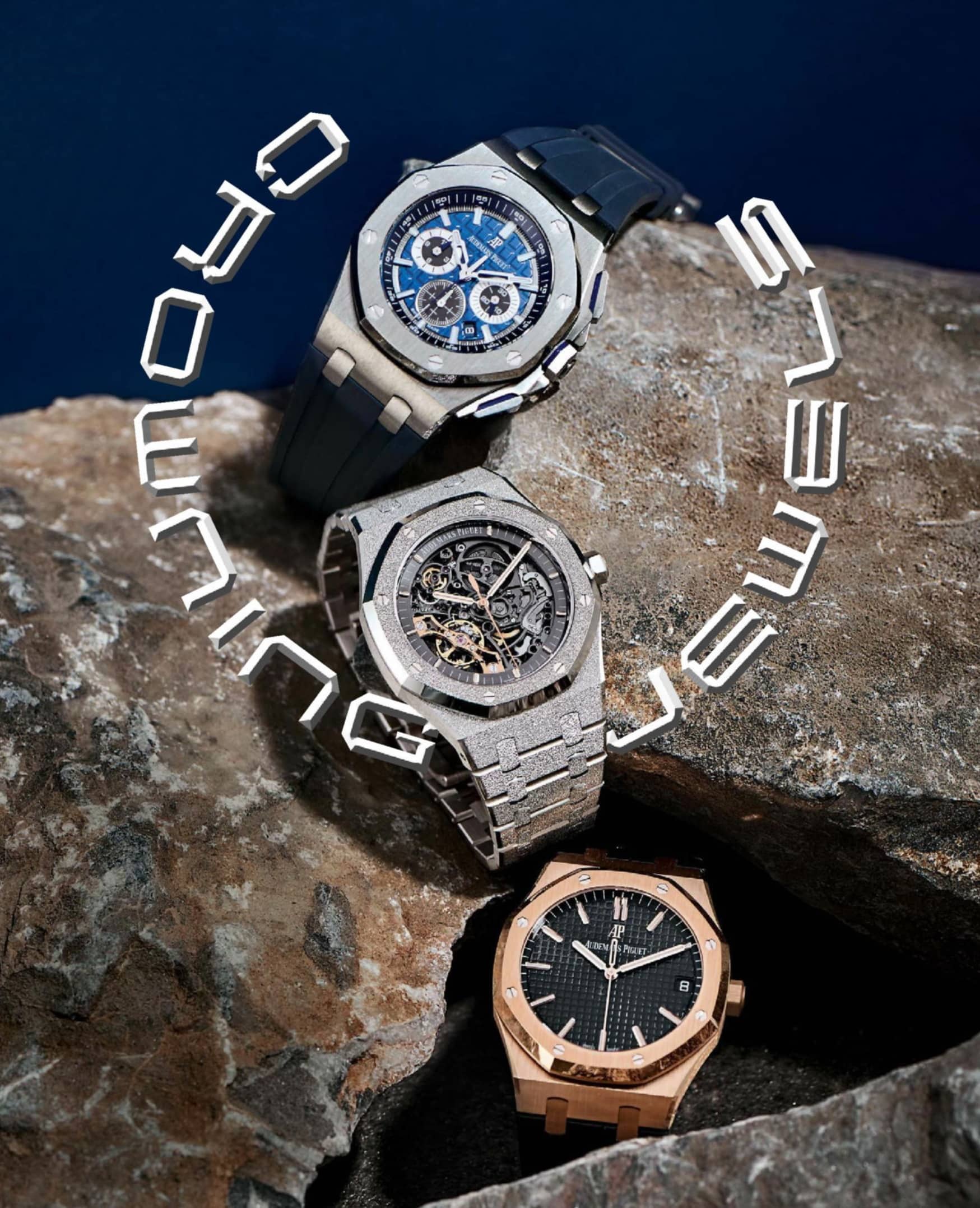 Audemars Piguet may have more than one ace up its sleeve, with the launch of its new Code 11.59 collection. But this year’s Royal Oak collection proves why it’s still the OG luxury sports watch, and the preferred wrist bauble for movie royalty and rap gods
Parth Charan

By now you’re, no doubt, familiar with the Royal Oak story. How the watch became a shining beacon for the mechanical watch world, ushering them out of the dark ages aka quartz crisis by proving that luxury watches, although expensive, were fully capable of withstanding the rigors of everyday wear and tear. The first Royal Oak proved to be the progenitor of a vast tribe of watches. While retaining the now-iconic octagonal shape, it’s gone through some pretty radical transformations, serving a variety of purposes and carrying some of the niftiest complications in existence. Exhibit A:

The original Royal Oak designer and horological heavyweight Gérald Genta may not have been the biggest fan of the Offshore, but he was clearly in the minority. Ever since its introduction in 1993, the Offshore has gone on to become so much more than a ’roided out Royal Oak. And while the original Royal Oak was one of the first high-end Swiss watches to go with a steel form, it was the Offshore sub-brand that grabbed the baton and continued to experiment with new materials. It brought titanium to the forefront of modern luxury watchmaking. Which brings us to the latest. In addition to launching three camo-colored ceramic versions, AP decided to roll out another edition this year, reminiscent of classic Offshores of two decades ago.