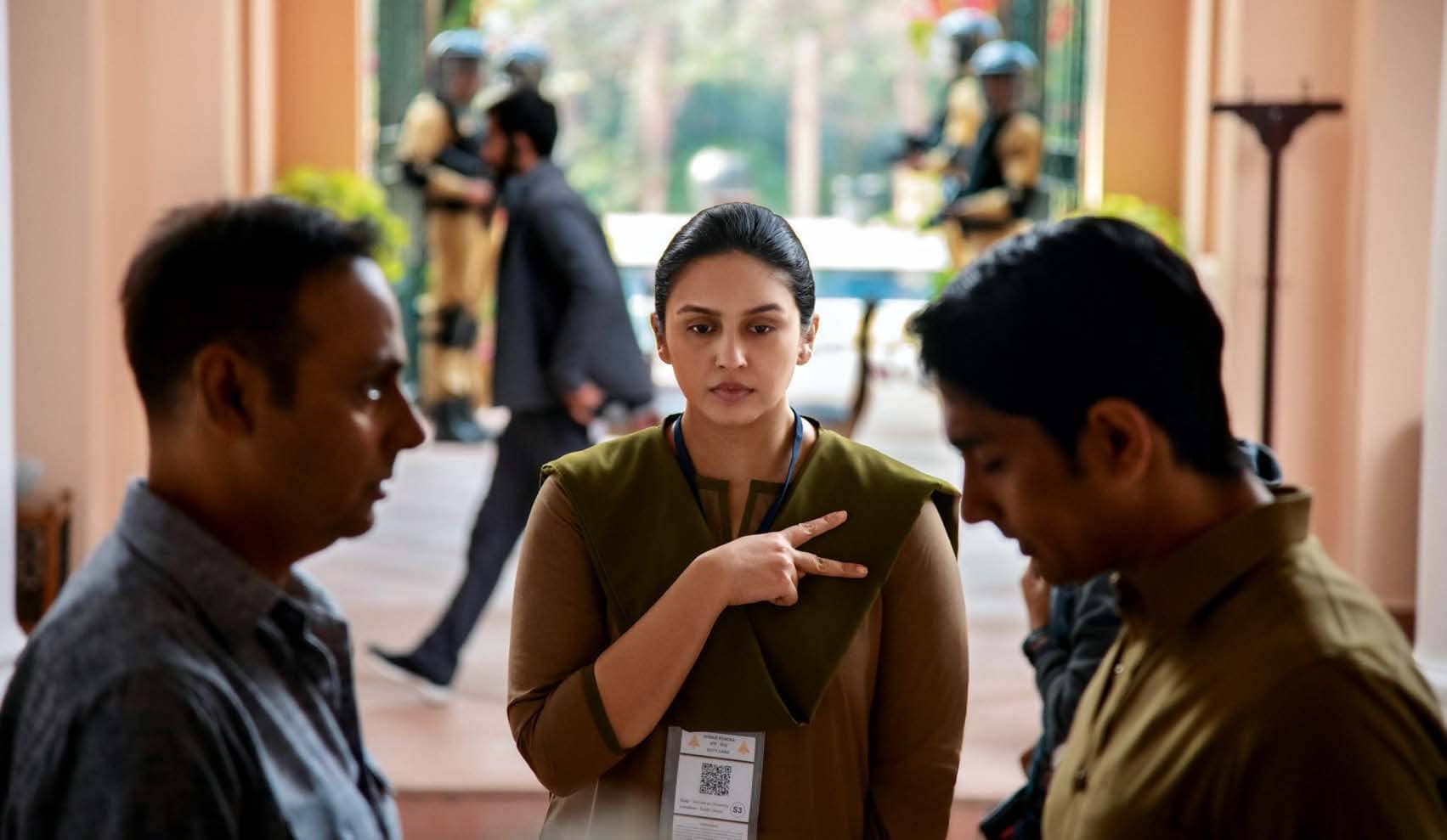 With her work as creative executive producer on the Netflix series Leila, Deepa Mehta returns to provocative form – and to screens of all sizes at home.

About ten months ago, we caught Deepa Mehta at Mumbai’s St Regis hotel, in flowing black clothes and a lot of that signature dark kohl. There to announce the longlist for the inaugural JCB Prize for Literature, she bantered with Kannada author (and co-jury member) Vivek Shanbhag about their “plight”: having to narrow the list down to ten books from over 60 in eight languages. “I was on three continents over the past few months,” said Mehta, “and because I didn’t want to read e-books, I carried hard copies all over. My husband thought I was crazy.”

For Mehta, carting around suitcases packed with books is a way of keeping in touch with “a country I left, in many ways, many years ago.”

“I had read Prayaag [Akbar]’s book six months before Leila was pitched to me to direct,” she tells GQ months later, ahead of the Netflix Original’s premiere. “I remember being completely absorbed by the world he had created. What blew me away was how relevant that world is to where we are globally today.”

To co-direct the six-hour series based on Akbar’s award-winning book of speculative fiction, Mehta camped in Delhi for a few months of “intense” shooting. “Maybe because we were shooting in a ‘reformation house for women’, its starkness, its air of deprivation rubbed off on us.” Street food came to the rescue, she recalls. But “this experience [of working on a web series] taught me a lot about my own approach to cinema, how different it is from creating a piece right from conception to writing to screen and [how to do it] as an Indo-Canadian independent film-maker.”

What drew you to this project?