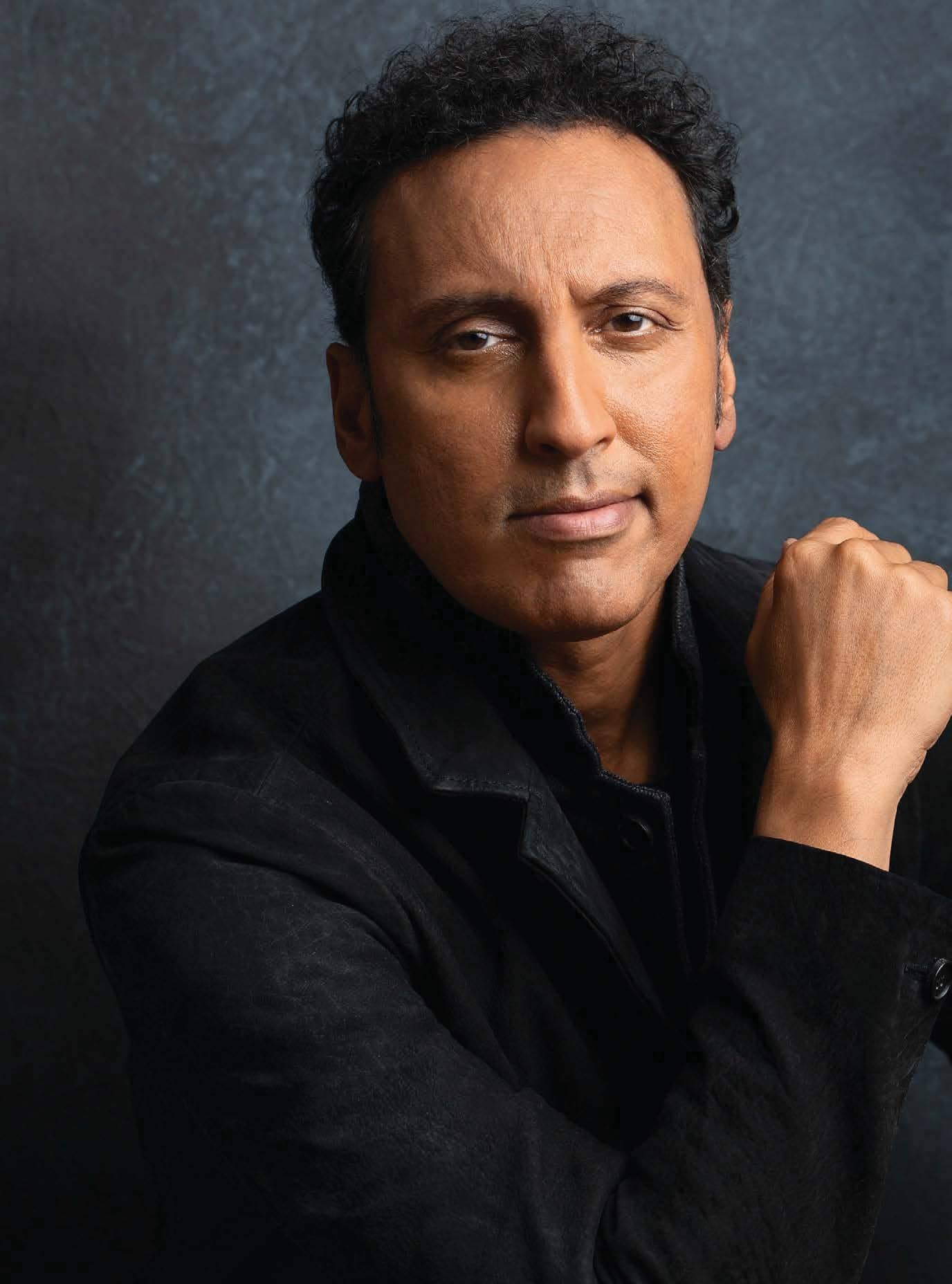 For three decades, Aasif Mandvi, the British-American actor-creator of Indian origin, has worked hard to mainstream the immigrant experience in Hollywood and theatre. He’s played the skeptic, the cynic, the empiricist, the debunker, the myth-buster. Now, as he learns his way around fatherhood, and returns to an ever-more woke workplace, Mandvi takes stock of the world as it was, is and as he’d like for it to be

“Do you have cornflakes in India?” Aasif Mandvi leans back into his swivel chair, adjusts his grey beanie. Unsure if this is a trick question, I mumble that it’s a common breakfast item. Of course, he chuckles; the last time he visited India in 2017 to meet family in Mumbai, he was fed plenty of idli and dosas, but there were no bowls of cornflakes forthcoming, so you can understand the confusion. Still, “that may be the most American thing I’ve ever said,” he grins sheepishly.

It may well have been a metaphorical question, since Mandvi had just deployed cornflakes to explain his theory of what equal representation in entertainment looks like, when done right from the storyteller’s point of view. “You have to lean into the specifics to access the general,” he says. “But you can’t do that by making everything palatable for everyone. If you try to please too many people, you’ll end up with something benign – like cornflakes. Everybody likes cornflakes, but nobody ever talks about cornflakes.”

“As an artist, you don’t want your work to be cornflakes, you want it to be… Something that resonates with people on a deeper level; you want it to affect people, to move them, to make them laugh, cry, whatever. And those things only happen by taking your specificity and putting it out in the world. That’s a brave thing to do, but it’s also the only thing you can do.”

Food metaphors are sprinkled generously through this conversation taking place between NYC, where Mandvi now lives with his wife Shaifali Puri and their six-month-old son; and Mumbai, where his roots are. He also likens himself to a human turducken – that very American delicacy featuring a full Turkey stuffed with a deboned duck in turn stuffed with a deboned chicken. “I’m an American with a British schoolboy inside me, and an Indian infant inside him,” he says gleefully.

Coming of age in Florida, after spending his first 16 years in Bradford, UK, Mandvi has often said that he sees himself primarily as a storyteller. He has also declared that the immigrant experience is the story of his life. For the past 30 years, over a rich career spanning theatre, film, TV, a book and a podcast, he has zealously practised his cornflakes theory – sometimes with a dollop of sugar, others, a heap of sardonicism.

For a brown actor navigating Hollywood in an entirely different era, one in which roles for people like him were scripted generically, as “taxi driver”, “doctor”, “IT guy” and “terrorist”, exercising control often meant creating his own opportunities. Take, for example, Mandvi’s award-winning one-man play, Sakina’s Restaurant: He created it as a reaction to the absence of substantial work for people who look like him in the American entertainment industry; and debuted it off-Broadway in 1998. He wrote entire chunks in Gujarati, relying on the belief that the pathos will come through. (It did, strongly enough to win him an Obie and also see a successful revival in 2018.) 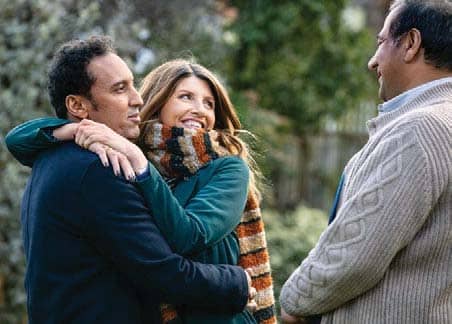 Take his 2009 movie Today’s Special – a heartwarming romantic comedy based on Sakina’s Restaurant that he co-wrote with Jonathan Bines, and starred in alongside Naseeruddin Shah and Madhur Jaffrey. Mandvi insisted on keeping in a scene in which a father and son read namaz in absolute silence, without any overlays or music to decode the scene. His post-9/11 audience didn’t quite get it. “They were all like, ‘What does it mean? What are you trying to say?!’ I just inserted it in there to say, ‘This is what it is, this is what Islam is to me, this is a simple fact of life for millions of people around the world.’”

“I’m very proud of that movie, you know,” Mandvi continues, unbidden. “If it had come out today, it might have gotten a better audience. I still get messages from people who’ve just discovered it on some OTT platform and loved it.” Today, you can think of entertainment like an all-you-can-eat buffet in a Willy Wonka world: A binge-feast for us gourmands; a smorgasbord of creative freedom for those frying up your bacon. “Netflix” – and its ilk, says Mandvi – “have made it possible for us to tell our stories, for us, and garner a mainstream audience. That blows my mind.”