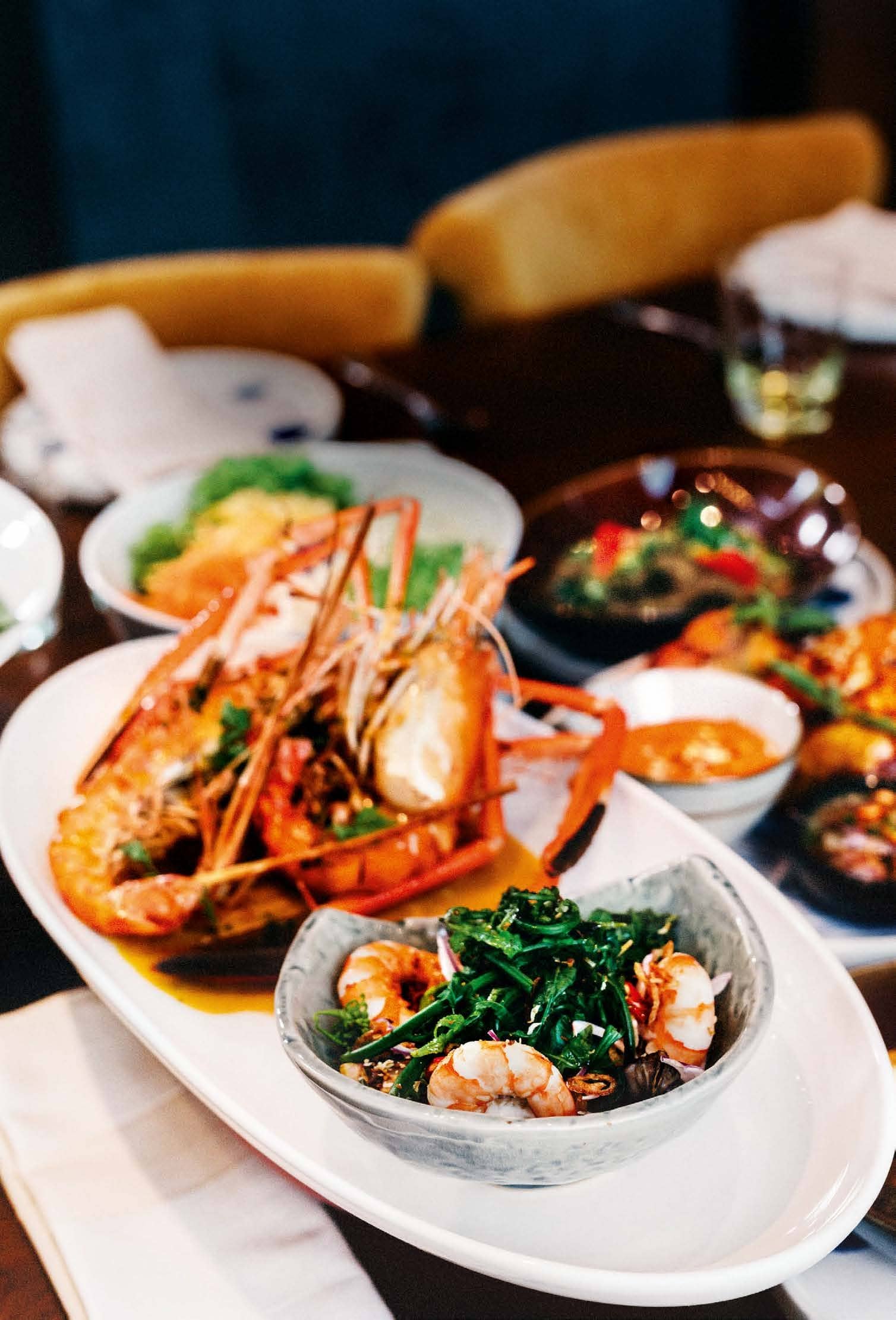 Notwithstanding the pong of durian (an acquired taste at best), we’ve always known that Malaysia had great culinary game. Now, it’s got a different kind of groundsup revolution brewing. GQ visits Kuala Lumpur to find out what’s fresh in the Klang Valley.

From a distance, it looks like just another innocent tray of mud and green saplings amid a sea of trays of brown soil and infant greens. Except for the label on it reads “Project BURN ASSHOLE”, emphasis on the last two words. Alleena, the operations manager of A Little Farm on the Hill, laughing in caps lock, announces that she’s trying to grow a particularly vicious strain of chili. Mercifully, it’s too young to set our innards on fire.

Instead, for lunch at this quaint, peaceful farm, we’re served a lot of freshly plucked goodness. An alluring mild bitterness spikes the summer afternoon’s humid air and our cocktails: In my glass of gin, there’s no sugary tonic, but twigs of rosemary and a lime-based homemade concoction. It’s also elevating the plate of bunga kantan (the torch ginger flower native to Malaysia and Indonesia), while newly harvested kale and basil bring irresistible flavors into our bowls of nasi ulam.

We got the sun today, a break from an extended north-east monsoon, as we left for the Janda Baik forest from our base at the shiny new W Kuala Lumpur. The chic hotel opened its doors in Malaysia’s capital city barely ten months ago, and is reportedly among a bunch of new luxury offerings – including a Four Seasons and a Banyan Tree – signalling either that KL’s back on the radar; or that, for a key layover point for humans and airplanes zinging all over the globe, it was always here, this melting pot of Asia.

From the floor-to-ceiling window in my room on the 14th floor, I can see a forever-improvising city in frantic motion. Down below, cars and pedestrians move like ants on a food-sourcing mission, in a rush, but obediently toeing the line. High above, glass buildings crowd out the sky.