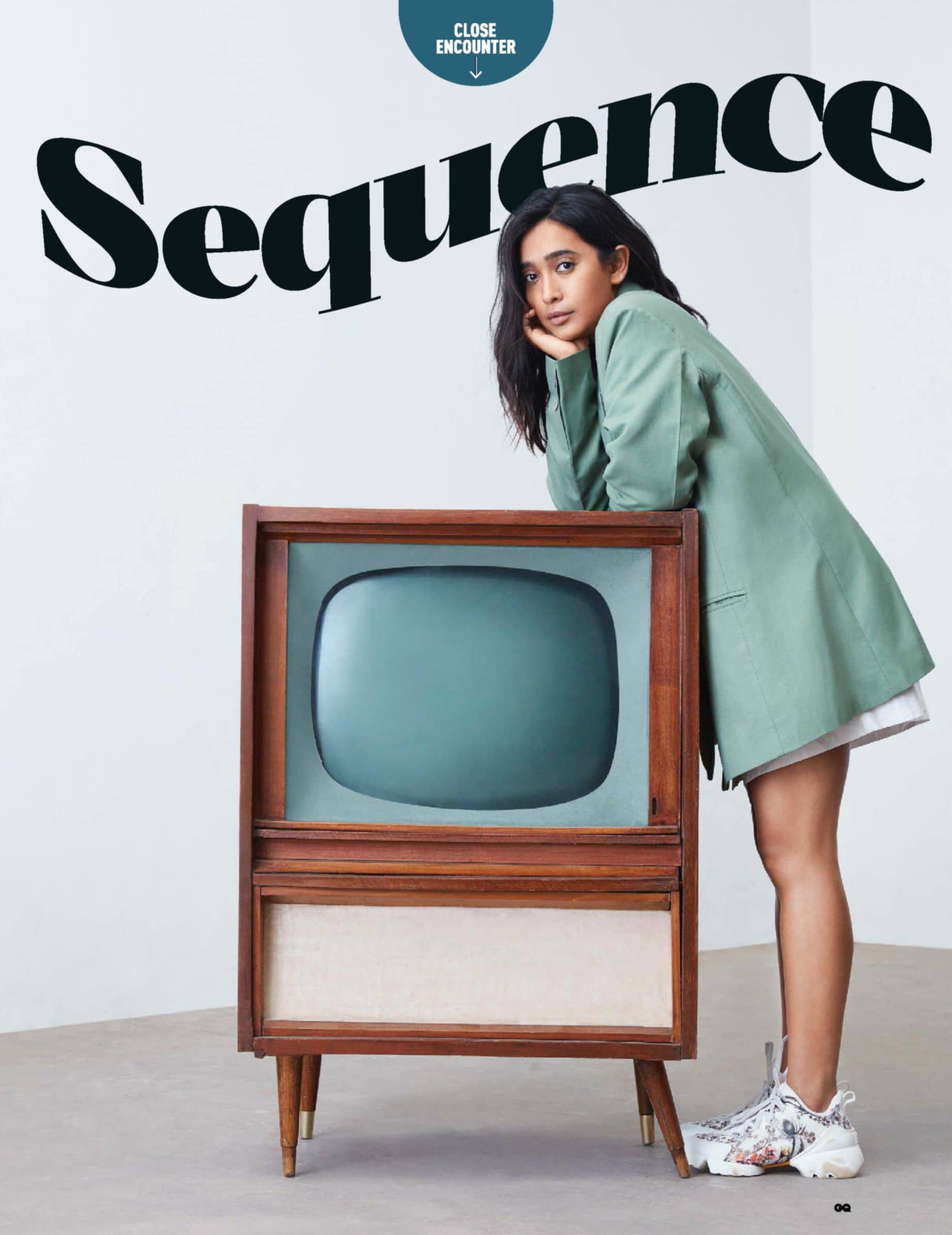 Almost a decade into the game, Sayani Gupta is on track to transform herself from a multifaceted artist to a multidimensional one. But at heart, she remains an actor’s actor

BLAZER BY LOVEBIRDS. DRESS BY NOTEBOOK. SNEAKERS BY DIOR

By the time Sayani Gupta has downed her second mimosa at Sorrentina in Bandra, the sun has set and the paps have arrived. “God, I’m so bad at these things,” exclaims the actor, pleading with her publicist for an exit route.

“I don’t go to Bollywood parties because I just cannot deal,” she’s told me moments earlier. “All these upcoming actors call me up and ask for two things: recommendations for stylists and tips on PR. And I’m like, ‘What makes you think I’m good at that?’ I’ve massive social anxiety. If you put me in a room with six or more people, you will not be able to find me. But if it’s just you and me, you will fall in love with me.”

Of course, Gupta knows that if you don’t schmooze (“a word I’ve learned recently,” she rolls her eyes), you lose. But listening to her talk for nearly two hours, as she ruminates on a pepperoni pizza, and over her extraordinary life, it’s clear that Gupta also knows exactly where her appeal lies. More importantly, she knows her mind and her purpose. She’s here to make and engage with quality cinema.

In 2020, success for an artist like Gupta comes from knowing how to walk the tightrope between commercial and alternative spaces; straddling a Four More Shots Please!, with its mass following; with a smallbudget indie film like Nicholas Kharkongor’s Axone (pronounced Akhune), the kind that premieres at BFI London Film Festival; and an international series like ITV’s The Good Karma Hospital, a drama set in Kerala, shot in Sri Lanka and uber-popular in Britain. In these, she plays a journalist with a messed up personal life, a Nepali immigrant in New Delhi and a nurse who becomes an acid attack victim, respectively. The trick, as far as Gupta can see, is to choose well and never repeat herself.

A cursory look at her life so far will give you an idea of how she got here. Born and raised in Kolkata in an art-inclined Bengali family, Gupta was training as a Bharatnatyam dancer before she turned two. In their neighbourhood, lived a friend of her father’s who owned a massive library of VHS tapes. This meant watching Tarkovsky and Bergman films before she’d hit puberty and being “scarred” by Alfred Hitchcock’s The Birds at age five. Surely, no Indian parent would’ve allowed that? “Everything was allowed in my family,” she says, wryly, “even sex scenes on TV were fine. Everything but Bollywood. Bollywood was oppobhrongsho; anti-culture.”