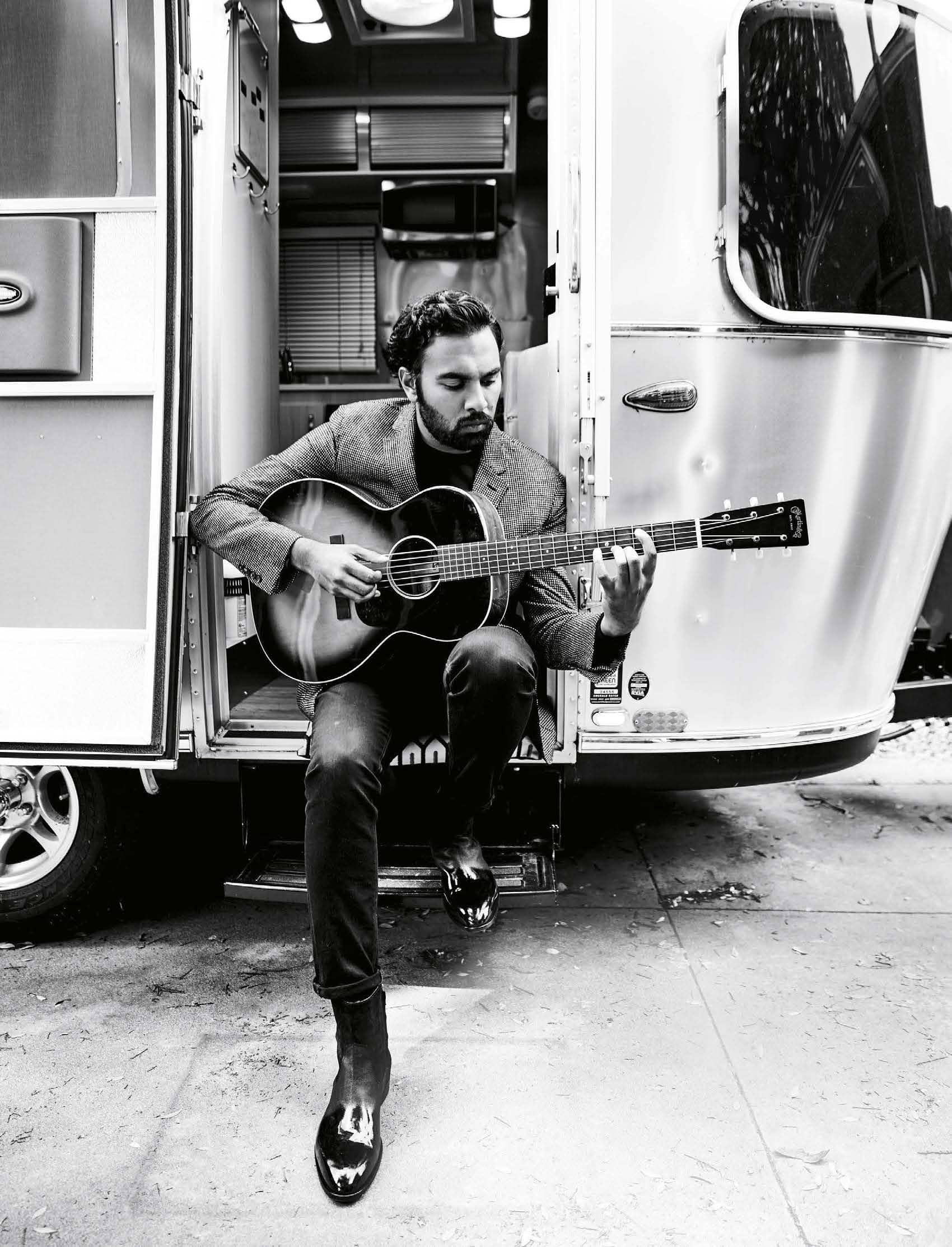 Meet Himesh Patel, the British-Indian actor you’re about to see a lot more of, starting with Danny Boyle’s Yesterday.

I cannot imagine a world without Radiohead,” Himesh Patel says. “They’ve been through a very interesting musical journey. The world would be a lesser place without their music.“And AR Rahman,” adds the British actor. “I grew up listening to him. It was so amazing to witness his crossover moment with – in fact, hey – Danny Boyle.” He sounds mildly elated as if the coincidence had just then dawned on him.

This coincidence is also why we’re having this conversation about the musicians we can’t live without, over a phone call from London this summer morning. In Oscar-winning film-maker Danny Boyle’s next, Yesterday, Patel plays a struggling musician “who gives up after playing empty rooms for too long, gets hit by a bus and wakes up in a world that has never known The Beatles.”

This end-of-days premise instantly piqued the internet’s interest when the trailer dropped a few months ago. Patel’s Jack Malik is a mousy-haired, glum-faced boy, all wide-eyed on a wild ride of fame and fortune; but at no point is the more vexed than when a listener disses a cover of “Yesterday” with: “Well, it’s not Coldplay. It’s not “Fix You”.”

“Jack’s determined to do something and I guess he goes loopy there for a bit,” Patel says. “It’s almost like a superpower’s been given to him, but at the same time, he feels bogged down by guilt. That’s the point of the film, to talk about the morality of what he’s doing: passing off The Beatles’ music as his own.”