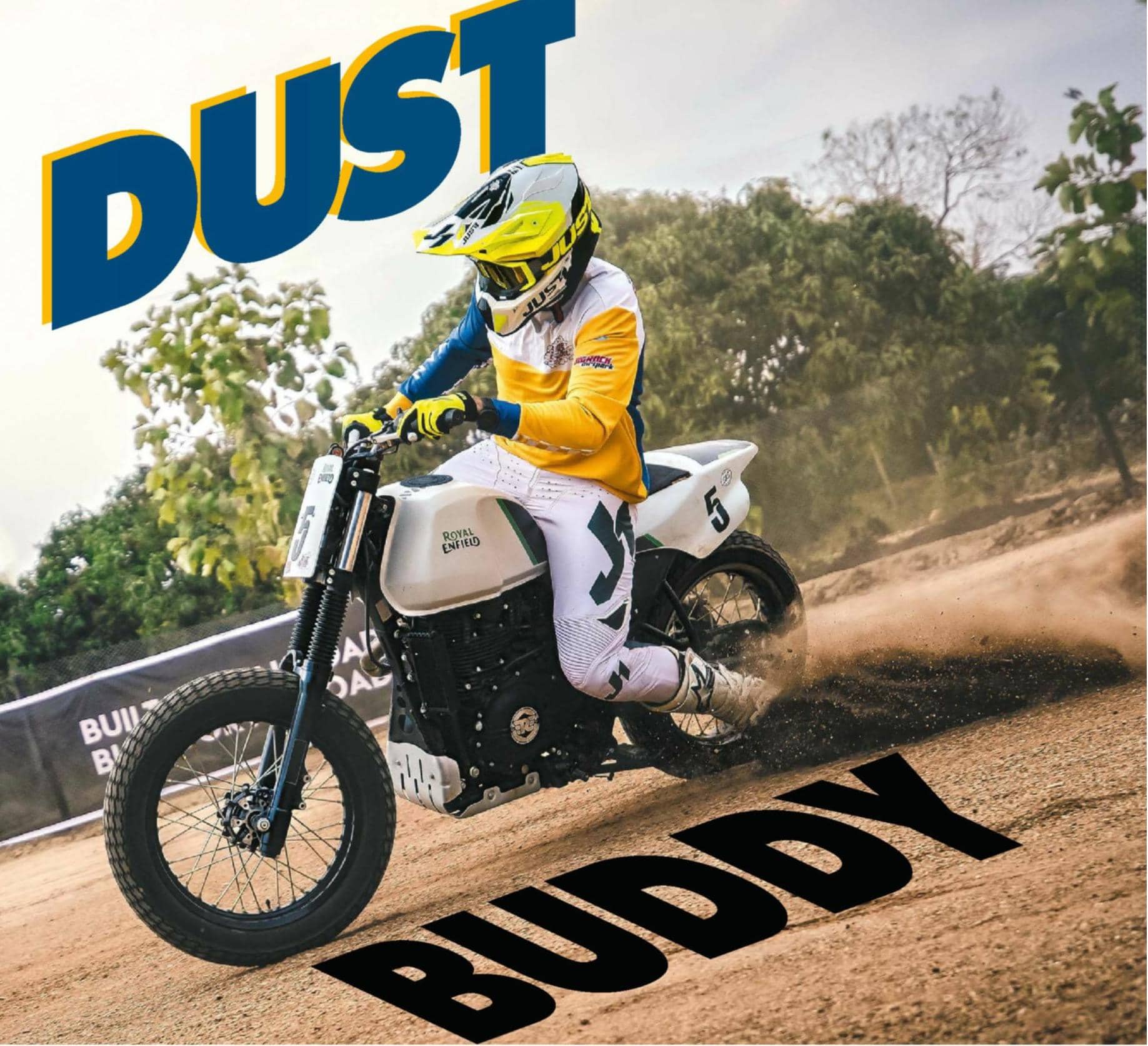 Royal Enfield has just set up a school for riding. The kind you don’t want to skip

This should feel like familiar territory, but my hand clutching that phantom limb of a front brake, suggests: it really isn’t. I’m practically seated on the fuel tank, yet to break in those steel-girded motocross boots. And I’m running out of track as soon as I switch to second gear. The BigRock Dirt Park’s bucolic acreage surrounding me, on a sunny February morning, offers no tarmac, and therefore, no assurances of surface adhesion. The unforgiving circuit of mud and gravel I’m on is the best place to find the limits of motorcycle traction – or the worst.

Flat tracking is – as I had discovered almost two years ago – the most counterintuitive form of motor sport there is. It’s also an absolute riot. The concept is simple enough: Take a motorcycle (customised specifically for the sport) and ride it around on a flat, oval, dirt track, as fast as you can. All forms of motor racing are, on an abstract level, about going fast in circles. But the Americans, bless their heart, take that very literally. Flat tracking, make no mistake, is characteristic of all American forms of racing – deceptively simple in theory; devastatingly fast and unpredictable in reality. And Royal Enfield, a brand that’s always in step with the country’s fast evolving motorcycle culture, has set up its official Slide School, where novices, such as myself, can learn the art of riding fast and sideways.