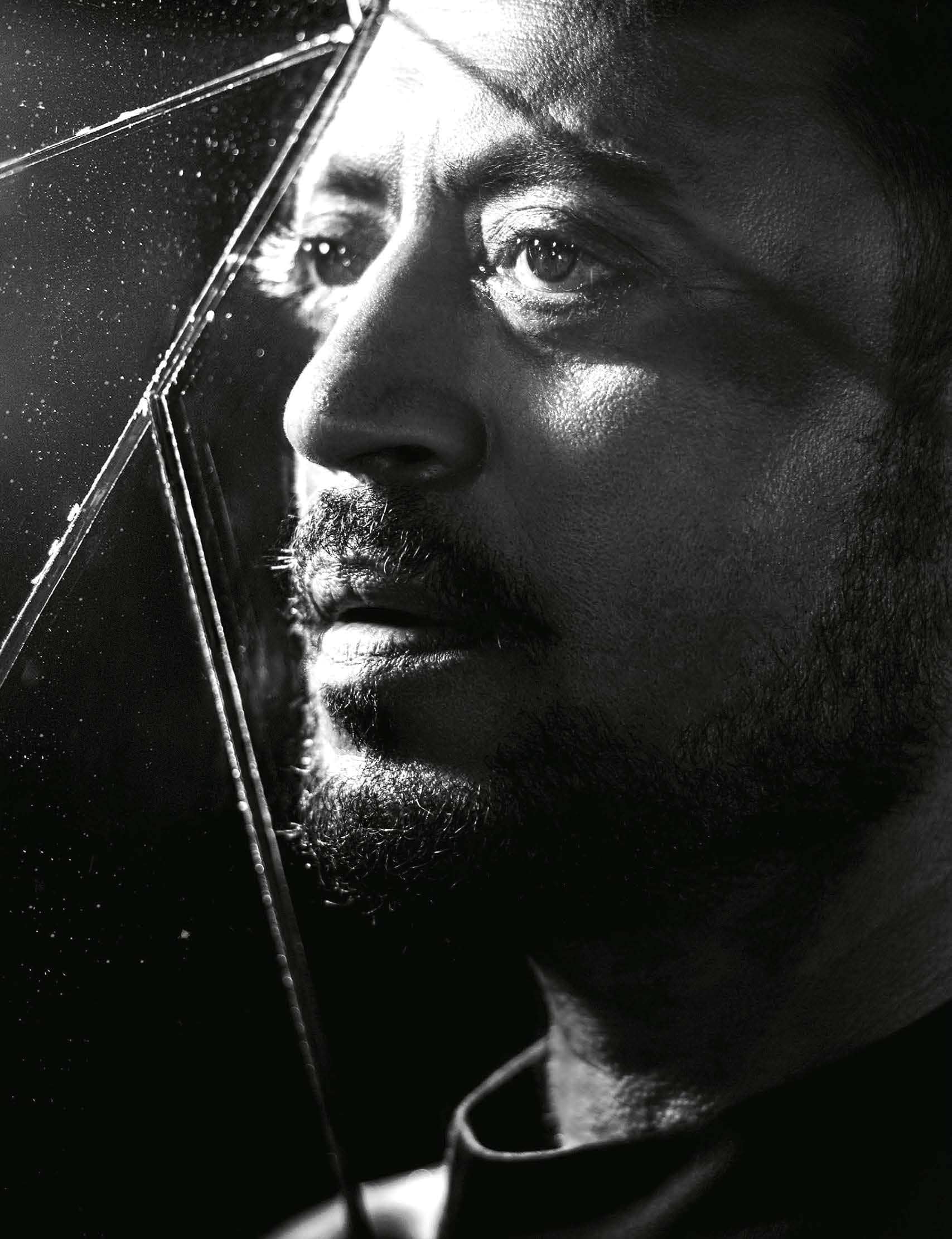 What Irrfan Khan left behind

Toward the end, when he told friends he now appreciated everything, Irrfan Khan wanted to pay homage to the elements that made him. One day in July 2018, he drove outside London for a private viewing of Stanley Kubrick’s estate. He noticed the masks from Eyes Wide Shut in the hallway, and how Kubrick’s awards were placed on a window ledge in the kitchen. He sat at the table from The Shining and talked about a scene made effective by shaky cameras. As he stood in the library, he was in awe of the range of Kubrick’s reading. By one account, he was like a child. The house was a physical object, like a shrine, and it contained tangible things, like religious ornaments; he was there to take an inventory of inexplicable things. 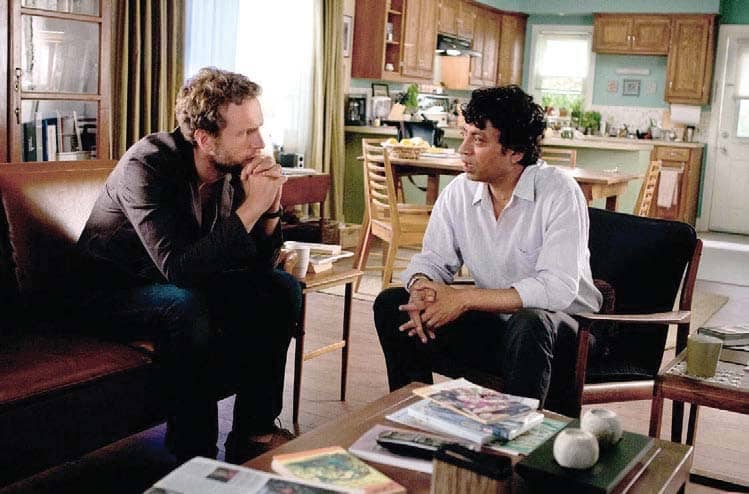 For Kubrick’s grandson, Khan only had questions about his methods and his work. For Kubrick’s wife, by whose side he sat, he had words of gratitude, and he held her hands and kissed them. He took the books they gave him and walked on outside, to the estate’s bright lawns, and made room for himself beside Kubrick’s grave in the shade of a tree. “I want to feel his essence,” Khan told his companions, and then said nothing for a while. He took a stone from beside the grave. And after he had enough of the grave, and its stones and daisies, he went over to a part of the estate populated with cows. “It was very strange. The cows gravitated towards him and he was standing there, having conversations with them,” a friend, Rajeev Rajam, said. It was a sight: a brown man in a pink jacket, white shirt, white pants, red cap, and dark glasses, communing with cows. When it was time to leave, he hung back. “I’m going to be here a while,” he said. 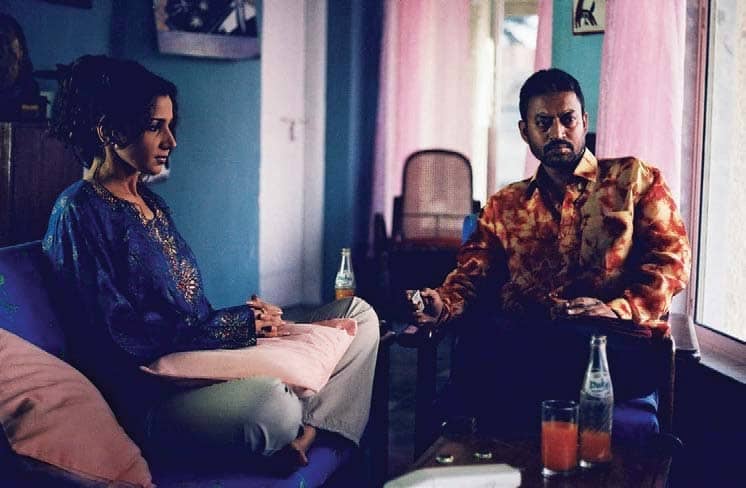 After the days of seeking a cure for the neuroendocrine cancer, after desperately searching for illumination from his past, there were times when Khan felt like he had come around. “I looked at my body,” he told a friend, the Oscar-winning sound designer Resul Pookutty. “I have put all my organs out and spread them in front of me. I started speaking to them, and I realised that it’s going to be okay.” At other times, he felt vulnerable. “It’s different hearing about death, and facing it yourself,” Rajam remembered him saying. 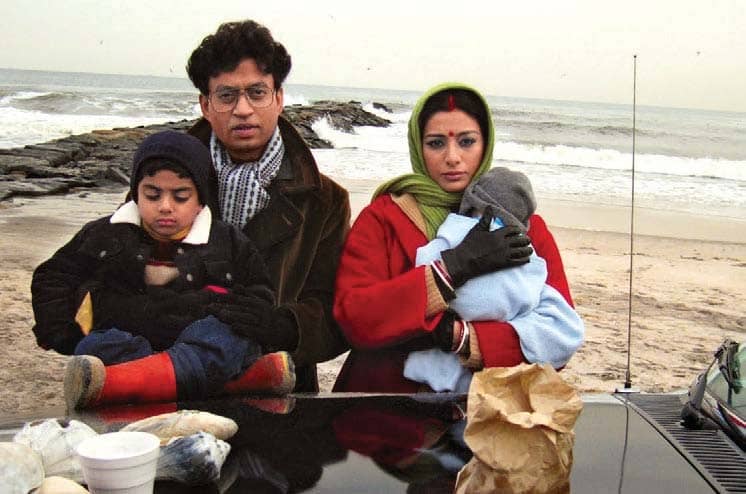 “Have you ever wondered how birds die? Do they just fall out of the sky? Because that’s what happened yesterday.” 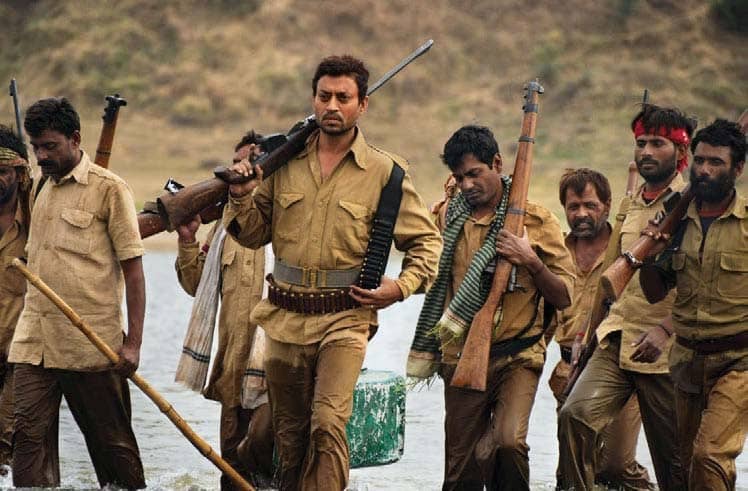 There was much else he didn’t know. Mira Nair, the film-maker, said she received a call from Alejandro Iñárritu, whose next production required an Indian actor. He asked about Khan. She did not mention this to him. It was between directors, and knowing would have only hurt Irrfan.

After he died, his friends, and people he made feel like friends, and people who knew him from a distance, and who had met him for a minute or so, and who had been pulled into the orbit of the man and his projections, remembered and confessed out of grief. Strangers spilled their guts to other strangers. There were threaded tweets without end, followed by a series of recollections tacked on in the replies. Writers and actors and directors excavated themselves for essays to no one in particular. A person who knew him fleetingly had a 745-word reply to a nine-word question: “Tell me more about the day you saw him.” The director of an unreleased gangster movie with Khan in the lead spoke about him for almost two hours, rehashing old stories, telling new ones. Nair, busy editing A Suitable Boy, forgot her vertigo and ran over her allotted time.