Saying "No" To Halloween
I grew up celebrating Halloween. In the words of the movie “Hocus Pocus” (I do not recommend you seeing this), Halloween is a night of “frolic” where children run “amuck”. I innocently dressed up as a pirate, a mermaid, a black cat, and a southern belle before the tradition got old and dressing up was no longer as fun. It is one of my mother’s biggest regrets of raising me, to give in to such a worldly holiday that has no place in the Believer’s home.
Carmen Welker
I have to admit, I love seeing kids, especially babies, dressed up in costumes. I contemplated letting my son dress up each year like my mom did for me. But as I continued on reading through the Bible again, I began to get really concerned about the vain traditions of America and even of the “Christian Church” that they celebrate contrary to the Bible. I decided to say “no” to Halloween after I studied the history of it and compared it in light of the Scriptures.

This isn’t meant to judge anyone who celebrates Halloween. However, most Americans have little to no knowledge about the origins of Halloween. Because it’s an American tradition, they do not question it. I want to present the information I found to give a perspective that is neither popular or well-received but will hopefully shed some light on the matter and cause you to think. My sources come from en.wikipedia.org/ wiki/Halloween, jeremiahproject.com/ culture/halloween.html, catholiceducation.org/articles/civilization/cc0070. html, and the Holy Bible.

To the “Church’s” detriment, it has embraced holidays throughout the years that have pagan origins. Halloween is such a tradition that is celebrated by most Americans and many mainstream “Christians”. Many scholars believe that Halloween’s origins and traditions began in Rome and have a few characteristics from the Feasts of Pomona and Parentalia.

Pomona is the feast of seeds and fruits. Parentalia is a nine day feast honoring the dead. The last night was called Feralia when Romans would try to placate the evil spirits. When the Romans occupied Celtic territory around AD 43, the Romans brought their ideas of feasting and honoring the dead, as well as superstitions and melded them with the traditions of the pagan Celts. It also combined its traditions and perhaps was made acceptable because of the Catholic day of honor for the dead, All Hallows Eve/All Saints Day. This tradition began in the 8th Century.

All Hallows Eve was mandated by Leo the Wise in honor of his wife. The above source from the Catholic Church states that on such a day (blending All Hallows Eve with All Saints Day), one could play a “Name the Saint” game. Poor of the “church” could go door to door asking for “soul cakes” and sing a little song for this treat. 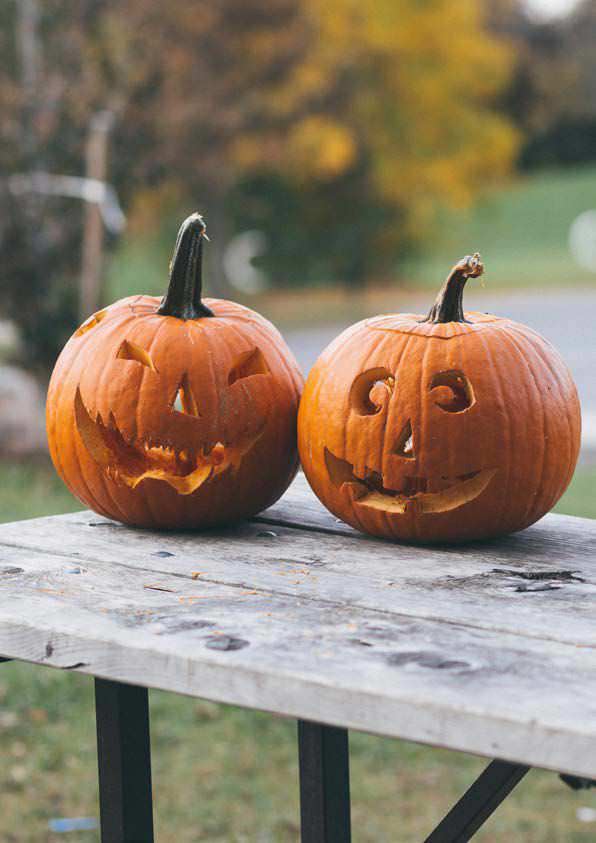