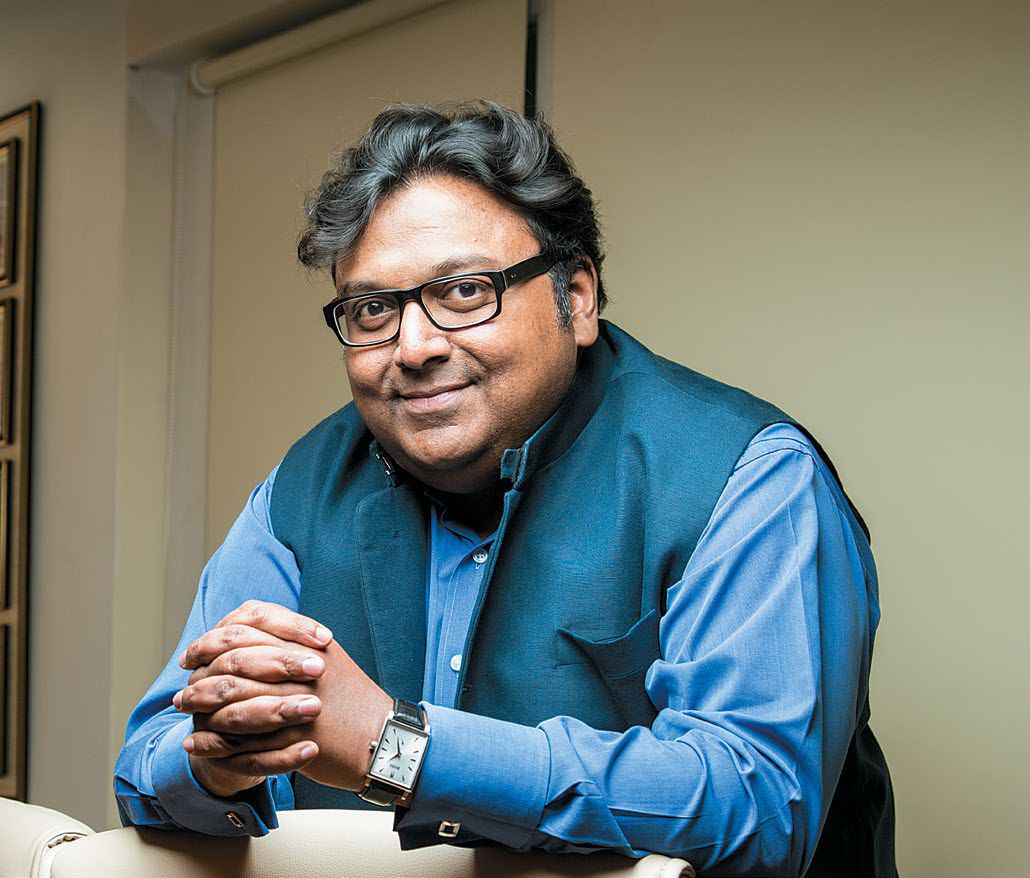 It is 11.30 am but the Vitesse Maruti Suzuki showroom opposite Nehru Centre, in Worli, Mumbai is alive with the sound of customers. It is the first day of Diwali—and still a pre-demonetisation world—and salesmen are unflaggingly pitching cars to interested families.

We walk through the buzz and climb a few stairs up to a mezzanine floor. A smiling Ashwin Sanghi opens the door and ushers us into his tidy cabin. His desk has a few copies of his latest book, 13 Steps To Bloody Good Wealth, released in October 2016.

Before we start our chat, he orders coffee and makes sure he gets a double dose of sugar. “I’m not the best person to write on health,” laughs Sanghi goodnaturedly. “But I am, actually, working on a book in my 13 Steps series which talks about how to keep fit and maintain good health,” he says, taking a sip of his much-sweetened beverage. The 13 Steps to Bloody Good Health, up for release in late 2017, is in collaboration with a health specialist, he quickly reassures.

This will be the third edition of his 13 Steps series. In 2014, the 47-year-old had released the first—13 Steps To Bloody Good Luck, a book comprising quick tips to achieve success and beat bad luck, drawn from his experiences— which had proved successful with managers. He followed that up with 13 Steps to Bloody Good Wealth, which also became a bestseller. “This book is an engaging and insightful account of lessons learnt as the authors [Sanghi co-wrote this with Sunil Dalal; more on that later] managed their own money, made mistakes and emerged wiser. It is recommended reading for anyone— students, housewives, professionals and savvy investors—who wants a primer for growing their wealth through the cycle of life,” says Leo Puri, managing director, UTI Asset Management.

Self-help is far from the world of crime and mythology that Sanghi found his author feet in. In the decade since he finished writing his first novel, The Rozabal Line, he has made a name for himself as a prolific thriller writer. Since 2007, Sanghi has published eight books —six have been in the crime and mythology genres while two (in the 13 Steps series) are non-fiction.

His novel Private India: Cityon Fire co-written with best-selling American author James Patterson, came out in 2014 and became an international bestseller. More importantly, Sanghi’s experience with Patterson, the highestpaid writer in the world according to Forbes, earning $95 million in 2016, also gave him a glimpse into the profitable world of collaborative writing.

Over the years, Patterson has built an effective practice of lending his brand to new authors; they leverage his popularity and Patterson earns royalty. This model made business sense to Sanghi. “What James Patterson has done with fiction, I would like to do with non-fiction,” he says. “I’m not aspiring to be Patterson because, frankly, it would take years and years to try and reach that. What I’m trying to do is take the best ideas of people who have worked for years in their respective fields, which are complex in nature, and turn them into simple, easy-to-understand books.”

The 13 Steps books are his first attempt at this model. He published 13 Steps To Bloody Good Wealth with Sunil Dalal, a childhood friend and serial entrepreneur who also runs financial technology company Asset Vantage. “Sunil understands asset management. And my job was to communicate the ideas of money management in a simple way. So we worked together,” says Sanghi.