SLIDING SIDEWAYS: THE FOUNDATIONS OF FLAT TRACK RACING IN INDIA 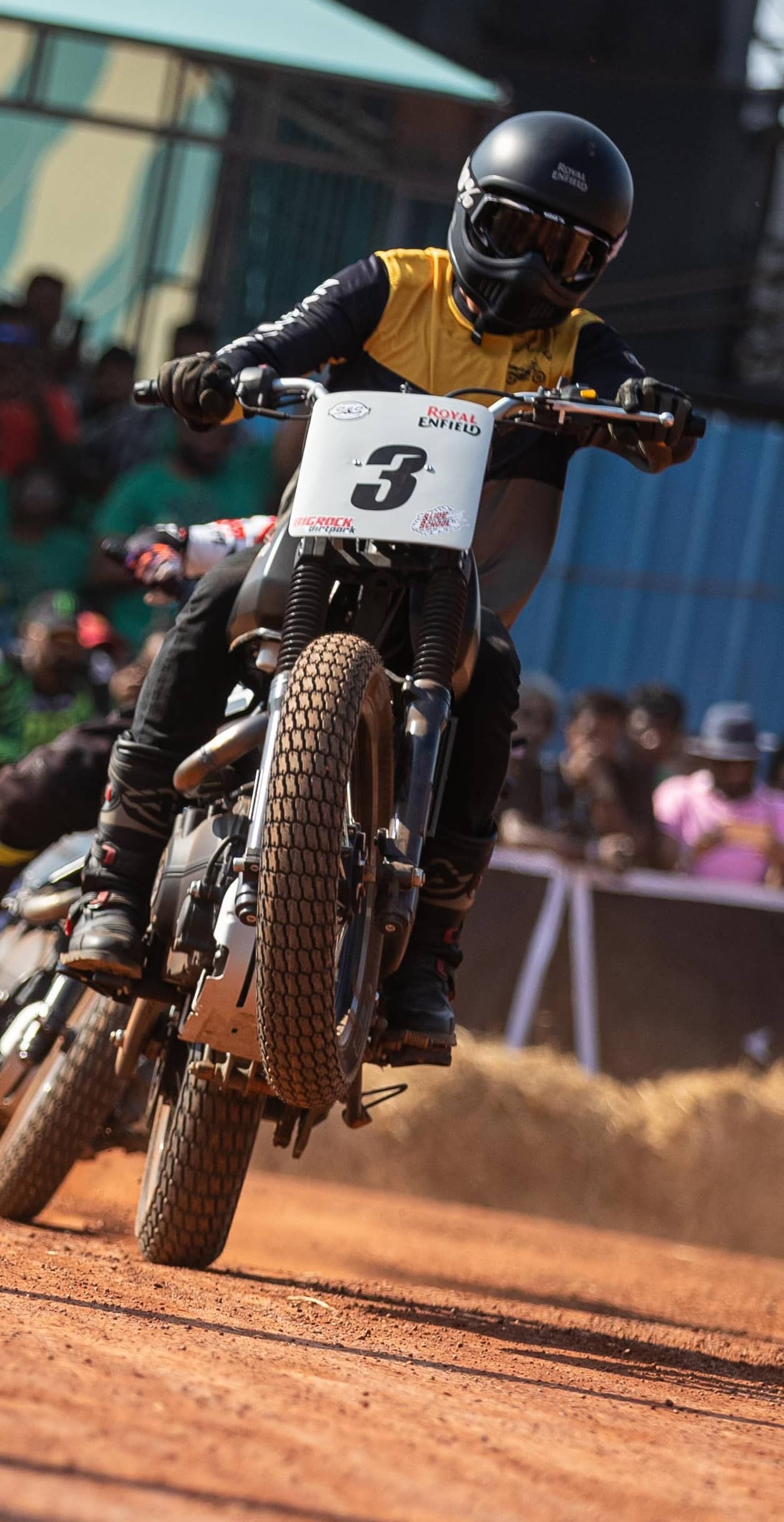 'Since the time motorcycles saw the face of the earth, racing has been in the core of this industry.
Mrinmoy Choudhury

Racing has been one of the most technically challenging processes which test both the man and the machine and their limits. Motorcycle racing has been there for a long time and has several forms of racing in existence.

Flat Track racing also known as Dirt Track racing dates back to the early 1900s. The goal for flat-track racers is to wrestle their bikes around an oval-shaped flat track which is devoid of any tarmac. The flat tracks have long straights and very tight bends. The rider leans his bike making almost 180-degree turns at very high speeds. A lot of forces which work on the motorcycle and keep it upright are the same forces which try to throw the rider off the bike when running a flat track. The riders use the rear brake to lock the wheels and while keeping the throttle pinned, they take the turns sliding sideways on the rear tyre while keeping the front wheels in the direction they want to go.

Flat track racing is crazy and bonkers. The riders carry insane speeds down the corners and battle the curves to maintain traction. It is all about precise steering, sliding and keeping the rear end planted when everything else is trying to take you down. Professional flat track racing will see riders come inches close to each other while turning.