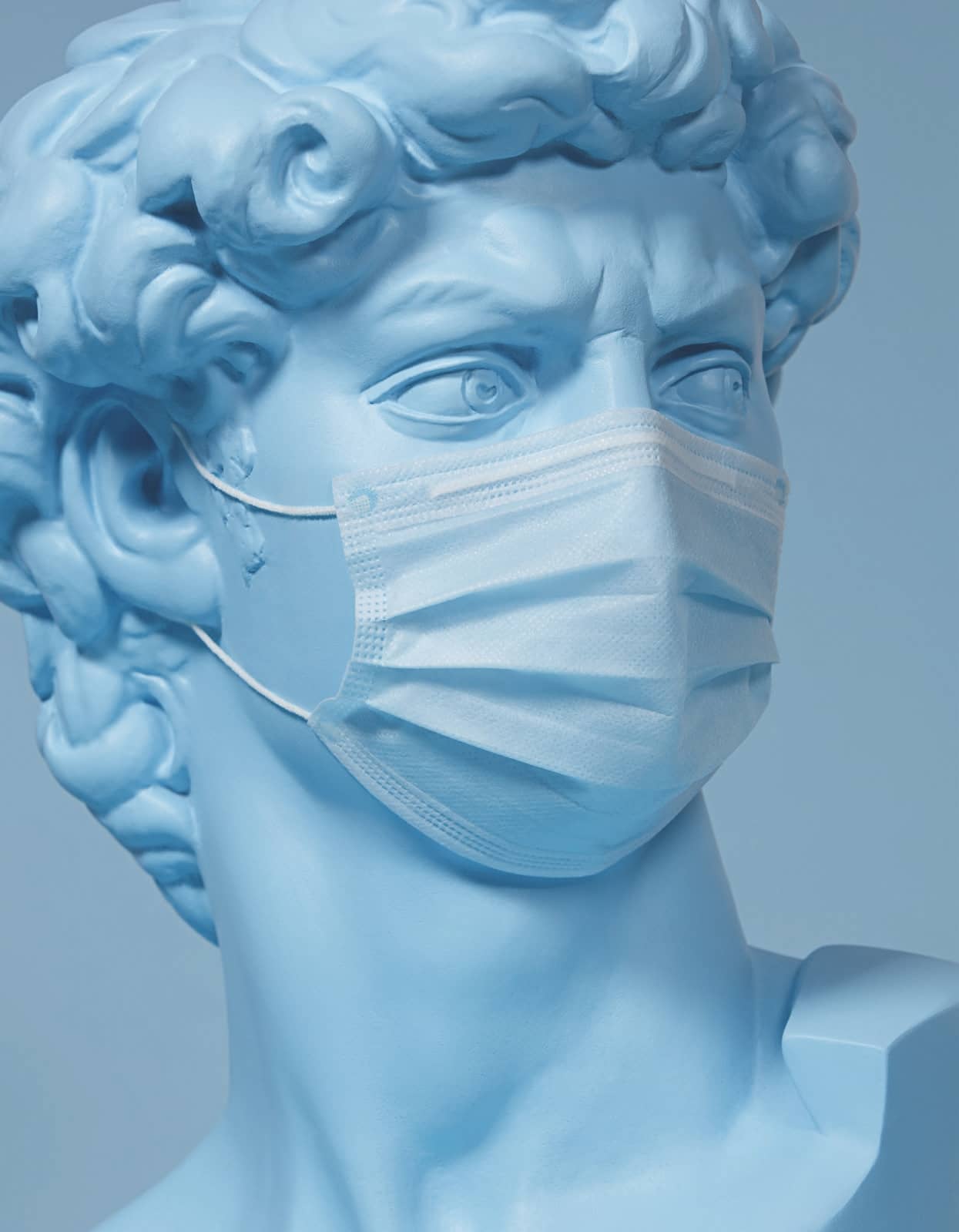 The onset of the Pandemic forced luxury houses to produce protective clothing for frontline workers and general populations to wear face masks. But as history shows us, fashion has always been shaped by the medical emergencies of its time.

In 1619, the French medical doctor Charles de Lorme designed a special uniform for doctors treating plague patients. Comprising a long coat, gloves, boots, a wide-brimmed hat and a wooden cane, typically all in black, the distinguishing feature of the priest-like uniform was the bird-like mask. With its six-inch beak and glass eye holes, the resultant appearance of the doctor was utterly terrifying—which explains why it’s often worn today as a Halloween costume—not least for the fact that it indicated to the patient that you were likely close to death.

It seems ridiculous to us today, but Lorme’s concept was not altogether ridiculous. Medical science was, at the time, pretty nascent—the Black Death killed millions through the 14th century before the plague outbreaks of 17th century Europe—and he and others in his profession postulated that germs were spread by odorous air. Herbs and flowers were thus installed within the beak of the mask, the idea being that through purification the attending doctor would be protected from the plague. Of course, a bouquet of mint and carnation didn’t stop the plague from its onward march, however it was the full body covering of the uniform that did, in fact, protect the doctors from another form of transmission: through the bites of fleas and rodents.

As medical-grade face masks become part of our daily lives in stopping the spread of COVID-19—the virus that has torn through the world over the past nine months with such spectacular speed and efficiency—it’s interesting to examine how the way in which we dress has, throughout history, been directly influenced by and reflective of the medical crises of our times. While the plague doctor uniform of the 17th century is certainly wacky in retrospect, it seems resolutely sensible in contrast to other sartorial innovations.

In western history, long hair traditionally denoted virility and gentility, though when a syphilis epidemic spread across Europe in the 16th century, wigs became a means to conceal the sores and patchy baldness that came with the disease. After Queen Elizabeth recovered from small pox in 1562, her famously fair skin—a symbol of class, evidence of not having worked in the sun —was now covered in scars. Her solution? Heavy white powder—a rather lethal combination of vinegar and lead—that became both a fashionable statement and a means of concealing her misfortune.

Of course, these examples have their motivations rooted firmly in aesthetics, whereas other, later developments more directly correlate with improving health. Victorian-era corsets, with their heavy, boned structure, were thought to exacerbate the effects of tuberculosis by limiting movement of the airways and lungs, and were subsequently replaced with elasticised versions (termed ‘health corsets’). Meanwhile, the extravagantly sculpted facial hair of men of the period—and the razors used to maintain the scruff—came to be deemed unsafe. “There is no way of computing the number of bacteria and noxious germs that may lurk in the Amazonian jungles of a well-whiskered face, but their number must be legion,” wrote American doctor Edwin F Bowers in a 1916 issue of McClure’s Magazine. “Measles, scarlet fever, diphtheria, tuberculosis, whooping cough, common and uncommon colds, and a host of other infectious diseases can be, and undoubtedly are, transmitted via the whisker route.”

Faced today with a pandemic of similarly exponential potential to the previous viruses and diseases that came to define generations, the way we clothe ourselves has once again become central to the discussion of containment and repellent of, in this case, COVID-19.