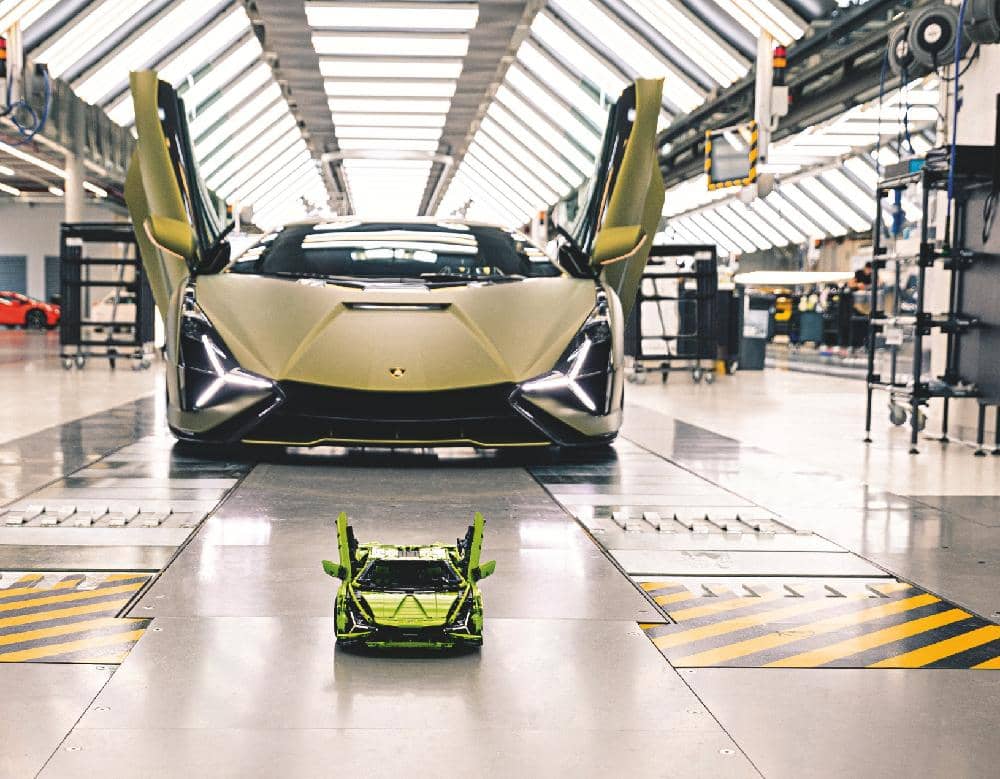 Aurelien Rouffiange, project lead behind the Lego Technic Lamborghini Sián, on how designing it is probably a more painstaking process than building the 3,696-piece beast.

Building the 3,696-piece Lego Technic model of the mean (and very green) Lamborghini Sián FKP 37 hypercar is no mean feat. By Lego’s own reckoning, it’ll take an experienced builder around six hours to complete.

For people less familiar with Lego Technic models—and the Ultimate Series ones in particular, of which this Lamborghini Sián counts itself among them—expect to spend around 10 hours piecing it together.

If you’re like me who has trouble figuring out how to build Ikea furniture— the kind who often cannot decide which side of the instruction manual is up, and finds bits left over after assembly—let’s just call it a week.

At best. And that’s being charitable. With that in mind, I can’t even begin to imagine what it’s like designing such a toy (and I use the term loosely) from the ground up. One person, however, has that experience, and he’s been an integral part of three of them so far, with the Porsche 911 GT3 RS and Bugatti Chiron before the Sián under his belt.

Meet Aurelien Rouffiange, senior designer at Lego Technic and the project lead behind this latest collaboration between the Danish toymaker and the Italian sports car manufacturer.

Still, even for someone of Rouffiange’s experience and with a team of people working on it, including designers of the model itself and designers of the accompanying instruction manual, the process took around a year-and-a-half to complete, going through 50 to 60 different iterations along the way. Incidentally, that’s not too far off the development time of a real car.

According to Rouffiange, the Lamborghini Sián project started a couple of years ago, when he and his team were invited to the carmaker’s design studios in Italy to look at some early sketches of an upcoming hypercar.