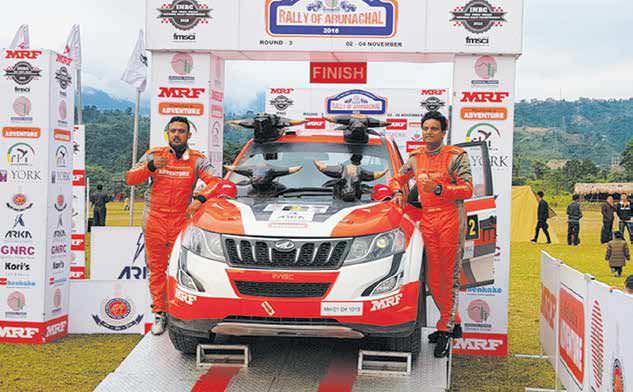 Amittrajit Ghosh came from the behind to emerge victorious at the Rally of Arunachal, the third round of the MRF-FMSCI Indian National Rally Championship (INRC) that took place in Itanagar.

In a major upset, Ghosh surpassed his other teammate Mahindra Adventure’s defending champion Gaurav Gill who couldn’t finish sixth and seventh stages of the rally due to a technical glitch in his Super XUV500. Gill along with Musa Sherif as co-driver failed to convert his first day’s lead on day one into a victory and stand 13th overall. Amittrajit Ghosh with Ashwin Naik as co-driver had finished third in day one of the rally. Competing in the first tarmac rally of the year that took place from Chimpu to Hollongi near Itanagar, Ghosh bettered their first day’s performance clocking an aggregate timing of 57:33.6 minutes.