One Family One Job 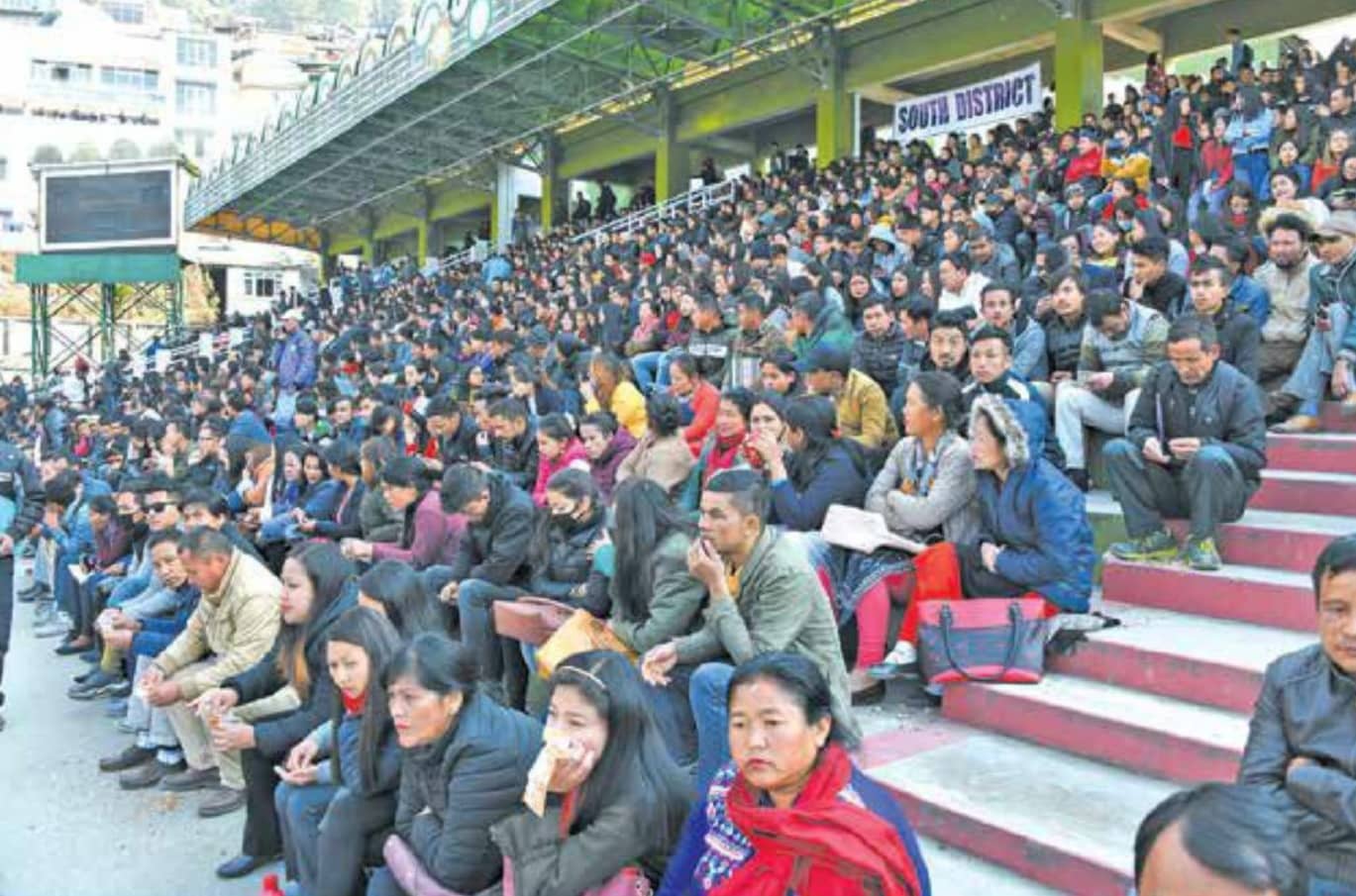 The first ever Rojgar (Employment) Mela in Sikkim was held last month at Paljor Stadium.

Recently it was revealed that Northeastern state, Tripura, has the highest level of government employment in the country, in proportion to its population. And so, it is understandable that the Tripura government recently imposed a set of restrictions on the creation of new government jobs and advised abolition of vacant posts, in case new posts are created. Interestingly enough, on the other side of the region, Sikkim geared up to welcome new recruits as SDF government handed appointment letters to 12,000 youth.

The Rojgar (Employment) Mela, a historic initiative by the State Government under the ‘One Family One Job’ scheme, was aimed at providing a job in the government sector for one member from every family in the State on a five-year ad hoc basis. Thereafter, they are to be regularized, according to the Sikkim Service Rules.

The Chief Secretary of Sikkim, A K Srivastava, had shared that the success of schemes implemented in the State generated employment in the various sectors. ‘Sikkim is a true and prime example of a democracy.’ The Chief Minister, Pawan Chamling distributed token appointment letters to two individuals each from every constituency. About 12,000 youth received their appointment orders on the day of the Mela, with Dzongu in North Sikkim having the highest number (496). There were some youth who did not receive their letters that day, but the CM assured them that they would receive the letters very soon.