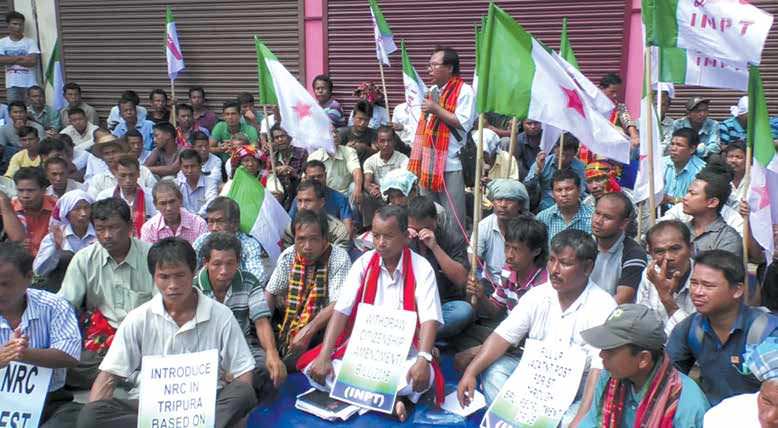 Tripura People’s Front led by a former college lecturer named Patal Kanya Jamatia is spearheading the movement for introduction of NRC in Tripura.

Following the publication of the National Register of Citizens (NRC) list in Assam on 30 July, 2018, a prototype has been contemplated for Tripura by a non-political group in addition to a couple of political groups. On the other hand, some groups are strongly opposed to it.

Tripura People’s Front (TPF), a non-political group led by a former college lecturer named Patal Kanya Jamatia is spearheading the movement for introduction of NRC in Tripura via legal means. It has filed a Public Interest Litigation (PIL) with the Supreme Court on August 28, 2018 for an Assam-like NRC exercise in Tripura. According to the petition, the TPF considers the illegal immigration issue in Tripura is worse than in Assam.

The Issue of Illegal Immigrants