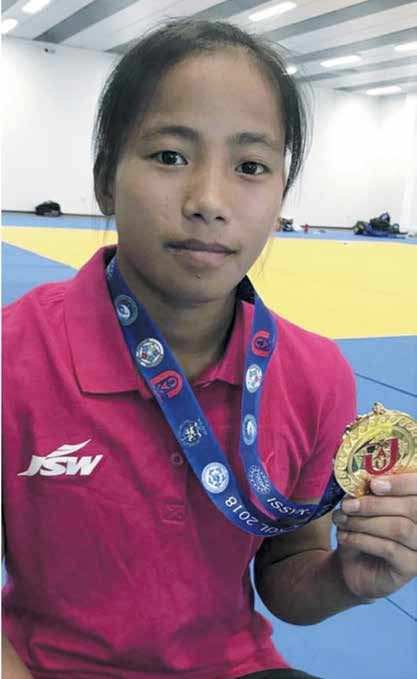 Tababi Devi Thangjam added a second medal to India’s tally at the 2018 Youth Olympics when she clinched silver in women’s 44 kg judo at the 2018 Youth Olympic Games held in Buenos Aires. In the process, this talented teenager from Manipur became India’s first judoka to win an Olympic medal at any level. In an exclusive interview, we find out more about this rising sportswoman.

Tell us little about your background

I was born in Kokchai Makha Leikai in Manipur’s Mayang. My family consists of my mother, father and four other siblings. My parents sell fish for a living, earning around 300 to 500 rupees monthly. Also, they work as daily wagers. I was in my 11th standard, studying in City Higher Secondary School but after I began to excel in judo, I had to shift to Bengaluru for better training. From 2017, a company named GSW in Bengaluru took the responsibility for my training, I was introduced to them by my coaches. Before that, I used to train in a local club back in my hometown called the Mayai Lambi Sports Academy under coach Surachandra Singh.