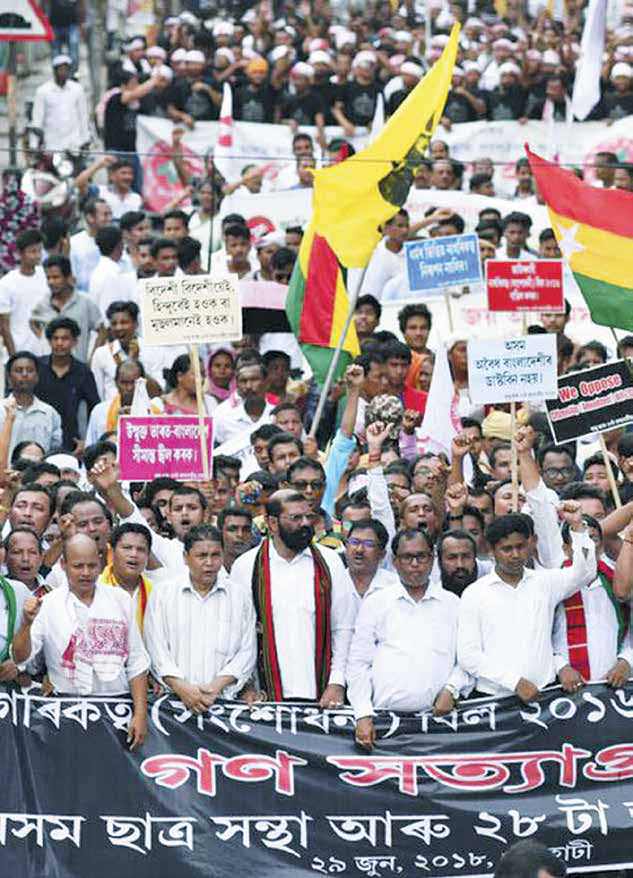 We find out whether the Citizenship (Amendment) Bill will prove to be an advantage for AGP in the Panchayat polls.

The Citizenship Amendment Bill 2016 has been the talk of the town in Assam for more than a year now. After the visit of JPC (Joint Parliamentary Committee), debates and discussions on the outcome of the Bill have been doing the rounds. Though the JPC has not yet submitted its report, the committee is expected to submit it in the Winter Assembly Session of the State. Most of the political parties and the common public have come out opposing the Bill.

Strains in the Alliance

Asom Gana Parishad (AGP), one of the strongest regional political powers is going all out against the Bill, stating that if the Bill is passed, the party will immediately step down as an ally in the assembly with the ruling Bharatiya Janata Party (BJP). AGP president Atul Bora categorically said, ‘The Bill is totally against the principles of Assam Accord and we vehemently protest against the Bill. As of now, we are appealing the Central government to curb the Bill and warn to break alliance if done so. We do not have any political intention behind the motive. This is something we wanted since the 80s.’

Several statements have been made by politicians regarding AGP’s involvement in the Bill. Opposition party Congress alleges AGP is dramatizing the situation. Debabrata Saikia, leader of opposition said, ‘AGP should have broken the alliance by now. There is no point because they are aware that the Bill will be brought to enactment.’