Save The Sea Turtles! 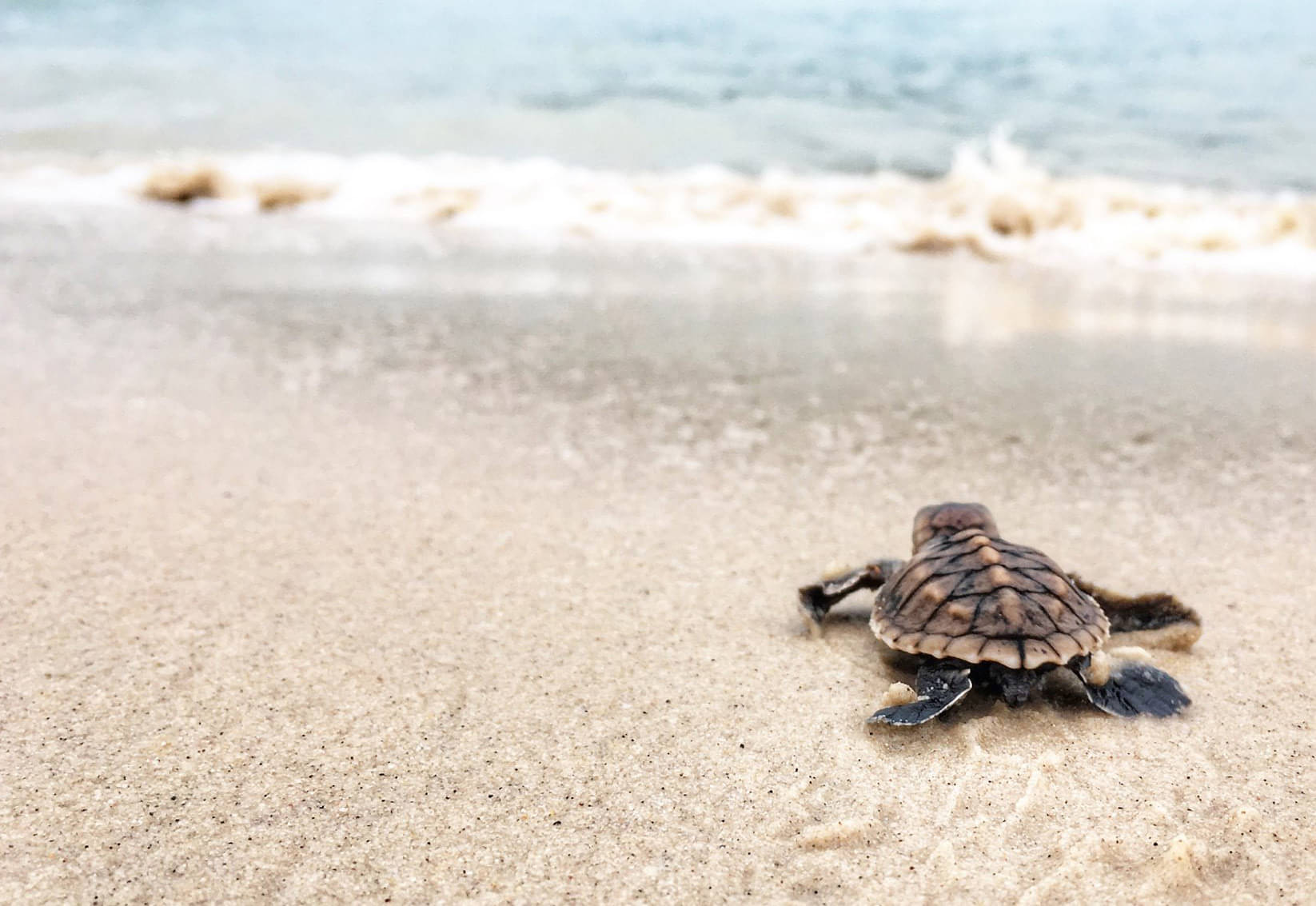 We find out more about these gentle creatures and how we can help their survival.

The breeding season for sea turtles is between April and October each year, with many species laying between two to eight nests per season. Depending on the species, a turtle can lay anywhere between 50 to 200 eggs in one go.

Despite these numbers, however, the turtle population continues to decline. It’s estimated that only between one in 1,000 and one in 10,000 make it to adulthood due to natural processes and predators including birds, crabs and monitor lizards. What’s more, the human factor has had a huge impact on numbers. Illegal trade is rampant, as shells are sold on the black market and eggs continue to be a sought-after delicacy in many countries.

As part of conservation efforts, several resort islands around Singapore are focused on making sure that the eggs are protected and the baby turtles make it safely to the sea. We catch up with the team at Telunas Resorts to find out more about the turtles and how we can help.

What kind of sea turtles can you find around this area?

Six out of the world’s seven sea turtle species can be found in Indonesia: the green, hawksbill, olive ridley, leatherback, flatback and loggerhead turtles. Malaysia is home to four of the species: the green, hawksbill, olive ridley and leatherback turtles. Meanwhile, in Singapore, hawksbill and green turtles are the most commonly sighted sea turtles. These species are also most commonly seen at Telunas.

Why are turtles important in the sea ecosystem?