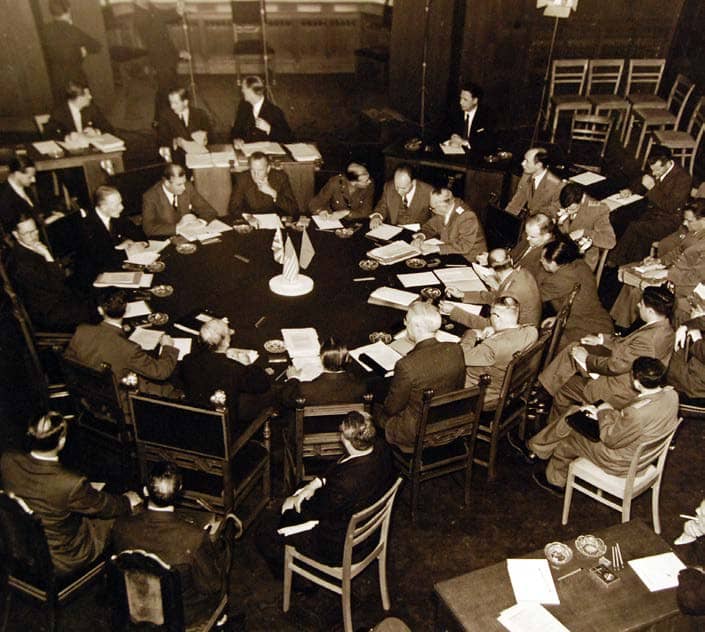 Next month marks the 75th anniversary of the end of World War Two and the surrender of Japan in Singapore. Writer and historian LIZ COWARD looks at the events that unfolded in August and September 1945.

On 12 September 1945, General Itagaki, Commander of the Imperial Japanese Seventh Area Army, signed the official surrender of the Japanese Expeditionary Forces in the Southern Region, at the Municipal Building, Singapore. It would be the last major surrender ceremony of World War Two, a conflict that had cost over 60 million lives and led to the emergence of a new world order.

Japan was the last nation in the Tripartite Pact to surrender – Italy had negotiated an armistice in 1943, and Germany had fallen in May 1945. The Allies warned Japan that, “the prodigious land, sea and air forces of the United States, the British Empire and China” would be directed towards it unless it offered its unconditional surrender. This was anathema to the Japanese forces, whose notion of bushido (a code of honour and ideals) meant that they believed it was better to die than be taken prisoner.

The Allies therefore had to decide how best to bring WW2 to a swift conclusion. They took into account Japan’s fanaticism, and its use of biological and chemical weapons and Kamikaze attacks. They ultimately decided on a land invasion coupled with the use of the newest addition to its arsenal, the atomic bomb. It was hoped this would shock Japan into submission.

The first atomic bomb was dropped on the Japanese mainland at Hiroshima on 6 August. Around 100,000 people died instantly. Many more thousands subsequently died from radiation poisoning, burns and shock. Japan was warned that if it failed to surrender immediately, “it may expect a rain of ruin from the air, the like of which has never been seen on this earth.”

Two days later, the Soviet Red Army surged into Manchuria and northern China with more than 1,600,000 men, and invaded the Kurile Islands and Sakhalin north of Hokkaido.

On 9 August, the Japanese Supreme Council met to consider a surrender. The Imperial General HQ refused. Later that day, a second atomic bomb was dropped at Nagasaki.