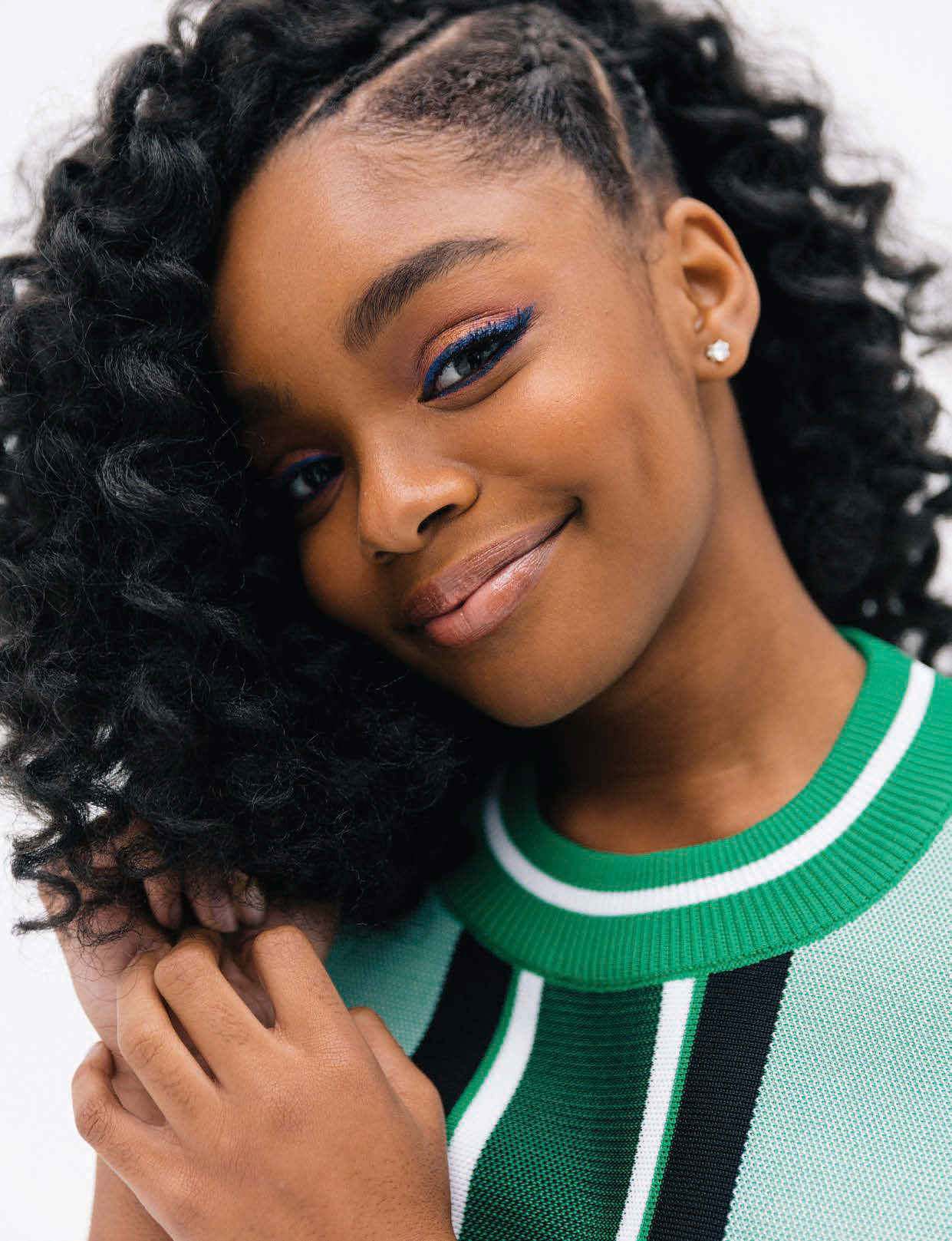 The film, which debuted at No. 2 during its opening weekend, centers around a power-mad tech mogul (Hall) who is cursed by a child she offends and reverts to her younger self (Martin). The role comes a decade after the native Texan got her start doing local commercials, catching her big break after being spotted serving face during a family photo shoot at 4 years old.

“We were just taking holiday photos at the mall, and the photographer was like, ‘Yo, she knows her left and her right!’ He gave us a card to either an agency or an acting class, I don’t remember which, and it took off from there,” Martin recalls. “He started the whole thing for us because we had zero clue what to do. That wasn’t even what we were trying to do; that wasn’t even a goal of ours. I would really like to thank that photographer, wherever he is now.”