The Father Of Fashion 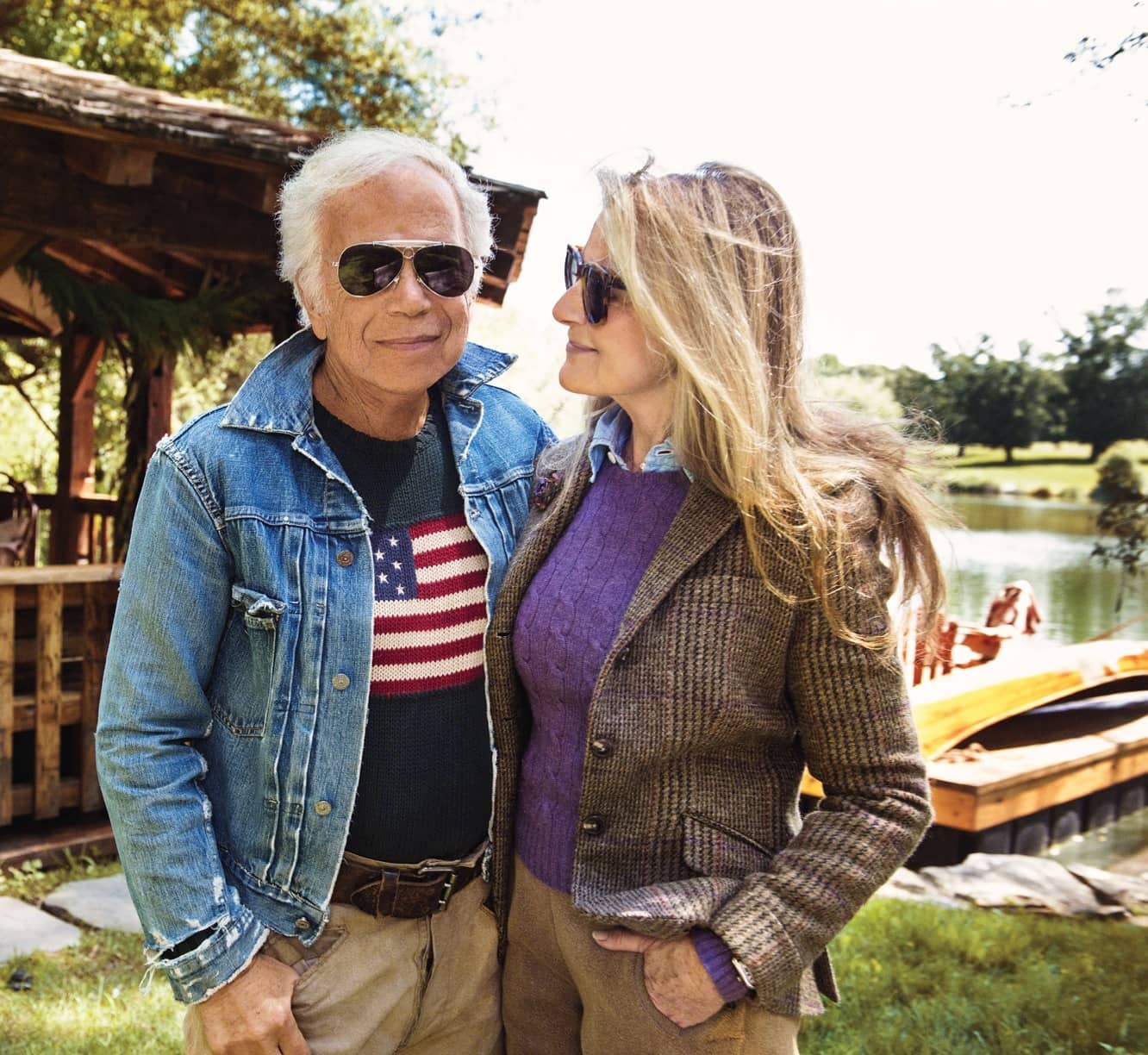 With A Determination To Stay True To His Own Vision, Ralph Lauren’s Journey Has Led Him From Selling Ties To Heading Up One Of The Most Recognizable Brands In The World

Few men have ever had more influence on fashion than Ralph Lauren. While the world has seen many designers rise and fall according to market whims, the classic vision of Lauren has stood the test of time. He longed to create a look that captured something of the American Dream, and along the way his stylistic philosophy was embraced by the global marketplace.

His name and signature Polo line make up one of the most recognizable brands in the world, taking its rightful place alongside Apple, CocaCola, Amazon, et al. With an estimated net worth of more than US$7 billion, according to Forbes, Ralph Lauren is the third-richest designer in the world, whose fortune is exceeded only by that of Giorgio Armani and Miuccia Prada. Not a bad achievement for a former tie salesman from the Bronx, N.Y., who relied on his innate fashion sensibility and boundless self-confidence in the process of building one of the largest global clothing empires. His success is even more striking in light of his own profound disdain for “fashion” and its inherently capricious nature.

“I don’t like fashion. I have nothing to do with it,” he says in a 2017 GQ magazine interview on the occasion of his namesake company’s 50th anniversary. “I just don’t care about it. I don’t care about what they call men’s fashion. I think it’s a poisonous voice. People feel like when they do a fashion show, they’re going to blow their socks off. They get lost in thinking that the papers, the editors, the magazines are going to give them editorial and they’re fighting for editorial. ‘Look what I did this year!’”

“They’re forgetting about the consumer who wears clothes. They’re forgetting about what life’s about. They get themselves in a little world and then they can’t go any further. But if you look at my past 50 years, you’ll see that my work has never changed. The clothes have, but the principles haven’t. The spirit changes ... but the voice over the years is the same.”

During the course of his sovereign sway over Western society’s clothing habits, Lauren is perhaps most commonly identified with his so-called preppy look, the chic sportswear that evokes a gentrified, Anglo-American culture of cool. Evoking the kind of patrician splendour that first caught public attention thanks to the Kennedy clan and their Ivy League aura, Lauren developed an elegant yet laid-back esthetic, as heralded by his classic “Polo” shirt.

It is his way of selling the American Dream to a consumer anxious to be seen as part of a bright, prosperous elite that one would find sailing on weekends or playing tennis after work. Lauren has tapped into our fashion consciousness in the same way that Armani (men’s suits in the wake of American Gigolo), Givenchy (Audrey Hepburn) and Lagerfeld (women’s fashion as a whole) set trends in motion.

But unlike these other icons of design, Lauren thinks more in terms of a trimmed-down (pun unintended) clothing line that dispenses with frills and speaks to a no-nonsense stylistic impulse. His fashion mantra has never been about legislating to only one target group with only “one thing” in mind when it comes to design, but rather a way of reflecting his admiration for men who carry themselves with an iconoclastic, somewhat rugged swagger.

“I made clothes for the preppy, for the RRL guy, for the luxury sportswear guy,” he tells GQ. “Is it a dressing-up box for the American Dream? I think it’s more about me and what I’ve tried to do,” explains Lauren.