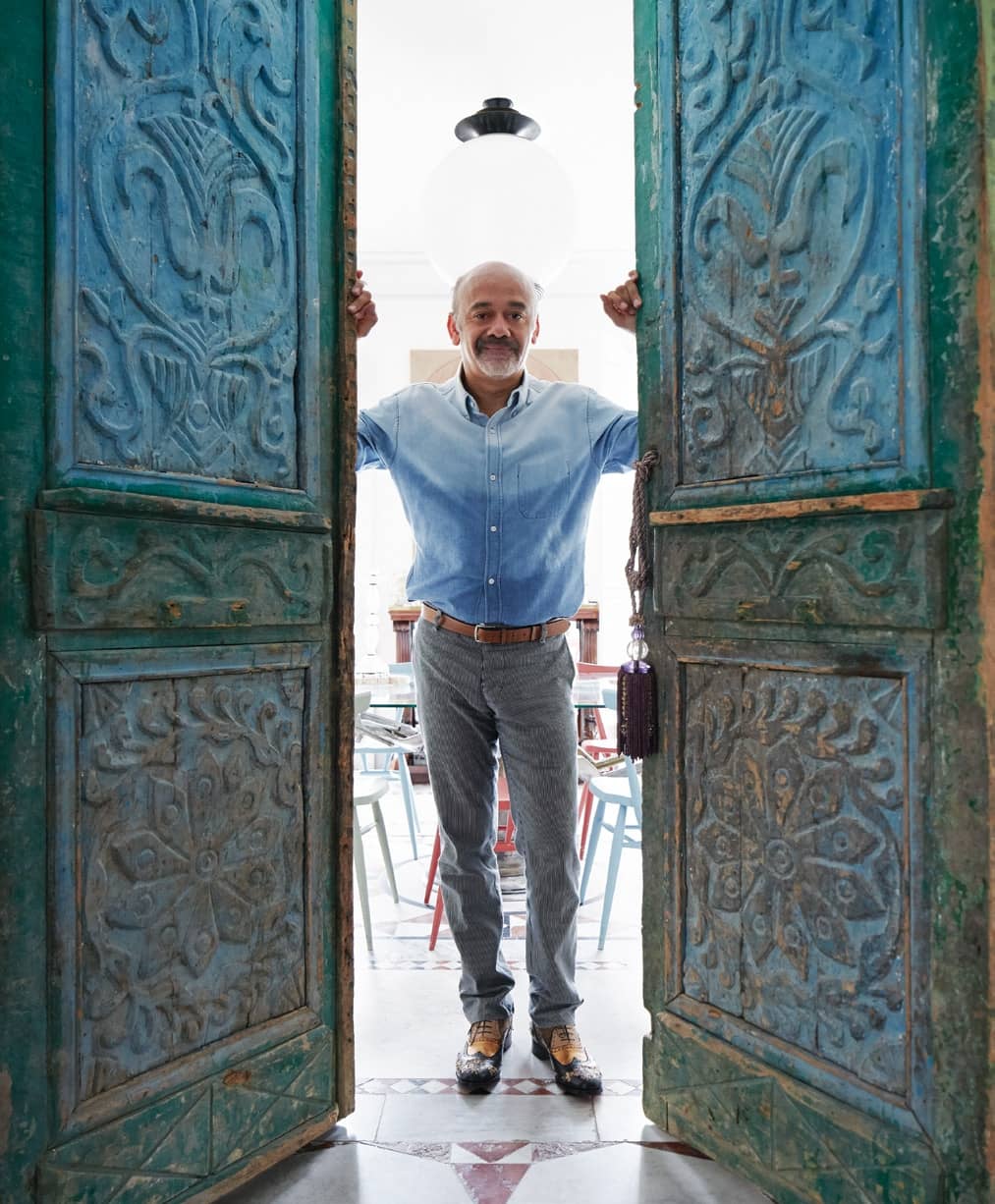 With their trademark scarlet soles and glamorous buyers, Christian Louboutin’s eponymous footwear are shoo-ins to the pantheon of modern fashion greats

The history of fashion is replete with famous designers: Chanel, Yves Saint Laurent, Givenchy, Giorgio Armani, Versace, Tom Ford, Karl Lagerfeld et al. But when it comes to shoes, one man stands above the rest — Christian Louboutin. One of the most-revered and successful shoe designers of the modern era, Louboutin has created a brand whose signature red soles have lent him an aura that not even Jimmy Choo or Manolo Blahnik can match.

Propelled by Carrie Bradshaw’s fanatical devotion to Louboutin on Sex and the City, not to mention that of Princess Diana, he has become a household name among fashion-conscious women, particularly celebrities who can afford the expensive price tag that comes with his quintessential footwear. His designer credo is to “make a woman look sexy, beautiful, [and] make her legs look as long as I can.”

Not only did Louboutin spearhead the drive to bring high heels back into fashion in the 1990s, but he has also elevated shoe design into an art form. His impact on the cultural landscape has been so profound, his work was the subject of a landmark museum retrospective in Paris earlier this year. Slyly entitled Christian Louboutin: L’Exhibition[nist], the show opened on February 25 at the Palais de la Porte Dorée in Paris, where 500 of Louboutin’s original creations were on display, until France and the rest of Europe were locked down due to the novel coronavirus. But the palais has recently reopened, and the Louboutin retrospective is further confirmation of the 57-year-old French designer’s visionary esthetic and undeniable influence on the evolution of fashionable footwear.

Though some feminists may complain that his more radical creations, for example, his six-inch stilettos, serve to oppress women, Louboutin argues that such shoes are a “form of liberty,” allowing women to express their feminine power and elevate their stature. “There is something fragile and powerful [about] women in high heels,” Louboutin once declared, recognizing that female fashion has always embraced a high degree of tension between form and function.

“Women do not want to give up wearing high heels,” Louboutin declared prior to the opening of the Paris retrospective. “To be a woman is also about enjoying one’s freedom to be feminine if you want. Why renounce (high heels) when you can have them and flats . . . I don’t want people to look at my shoes and say, ‘They look really comfortable.’ The important thing is that people say, ‘Wow, they’re beautiful.’”

The appeal of Louboutin’s shoe designs is such that his work has become part of the pop-culture landscape. Cardi B was one of the first rap stars to acknowledge this with her reference to “red bottoms” in her hit single “Bodak Yellow,” while other singers, such as Katy Perry, Beyoncé, Miley Cyrus and Rihanna, have similarly embraced the cult of Louboutin. His shoes have become synonymous with luxury, daring and sexiness — the kind of mass recognition that few designers ever attain. “Pop culture is neither controlled or controllable, so I am very happy about that,” he has admitted.

Throughout his career, Louboutin has designed pumps with a bulging eye above the pinky toe, cascading rows of black and goldfish-like scales and even a super-platform pair with thousands of crystals. Famed also for his nude-coloured heels, he delights in being daring that is equal measure Marie Antoinette and Lady Gaga, but linked by a unifying desire to cater to bold, sexually confident women.

“I’ll do shoes for the lady who lunches, but it would be, like, a really nasty lunch, talking about men,” Louboutin once said. “But where I draw the line, what I absolutely won’t do, is [make shoes] for the lady who plays bridge in the afternoon.”

SEX AND THE SHOE

Louboutin became a fixture on the international fashion scene after various luminaries, such as Princess Caroline of Monaco and Princess Diana, began walking around in his shoes in the early 1990s. But perhaps the key to transforming Louboutin from obscure French shoe designer to fashion superstar came via the hit TV series Sex and the City, whose star, Sarah Jessica Parker as Carrie Bradshaw, stamped her seal of approval on Louboutins.

This set in motion the process of transforming his shoes into fetish objects for women, whereby footwear was equated with sex and sensuality. Hollywood actresses have long understood this connection, and that is why Louboutins are more popular than ever and worn to red carpet events by leading stars, such as Margot Robbie, Jessica Chastain, Penélope Cruz, Diane Kruger, Daisy Ridley et al.